Marvel’s Contest of Champions is a competitive mobile fighting game in which Marvel comics heroes and villains compete for dominance on a universal scale. With the extraordinary power to kick butts and eat nuts, Doreen Green is the Unbeatable Squirrel Girl. There is no reason to play Contest of Champions on iOS or Android anymore. She wins.

I and my former cohort Evan Narcisse have written about Squirrel Girl on several occasions, because she is the greatest comic book character ever created. She is a girl with the ability to talk to squirrels. She has a big bushy tail. She is an excellent climber. She has powerful teeth. She was a mutant for a bit, but then the powers that be at Marvel decided she was better than that. She is my Marvel vs. Capcom 3 main, despite not actually appearing in the game. 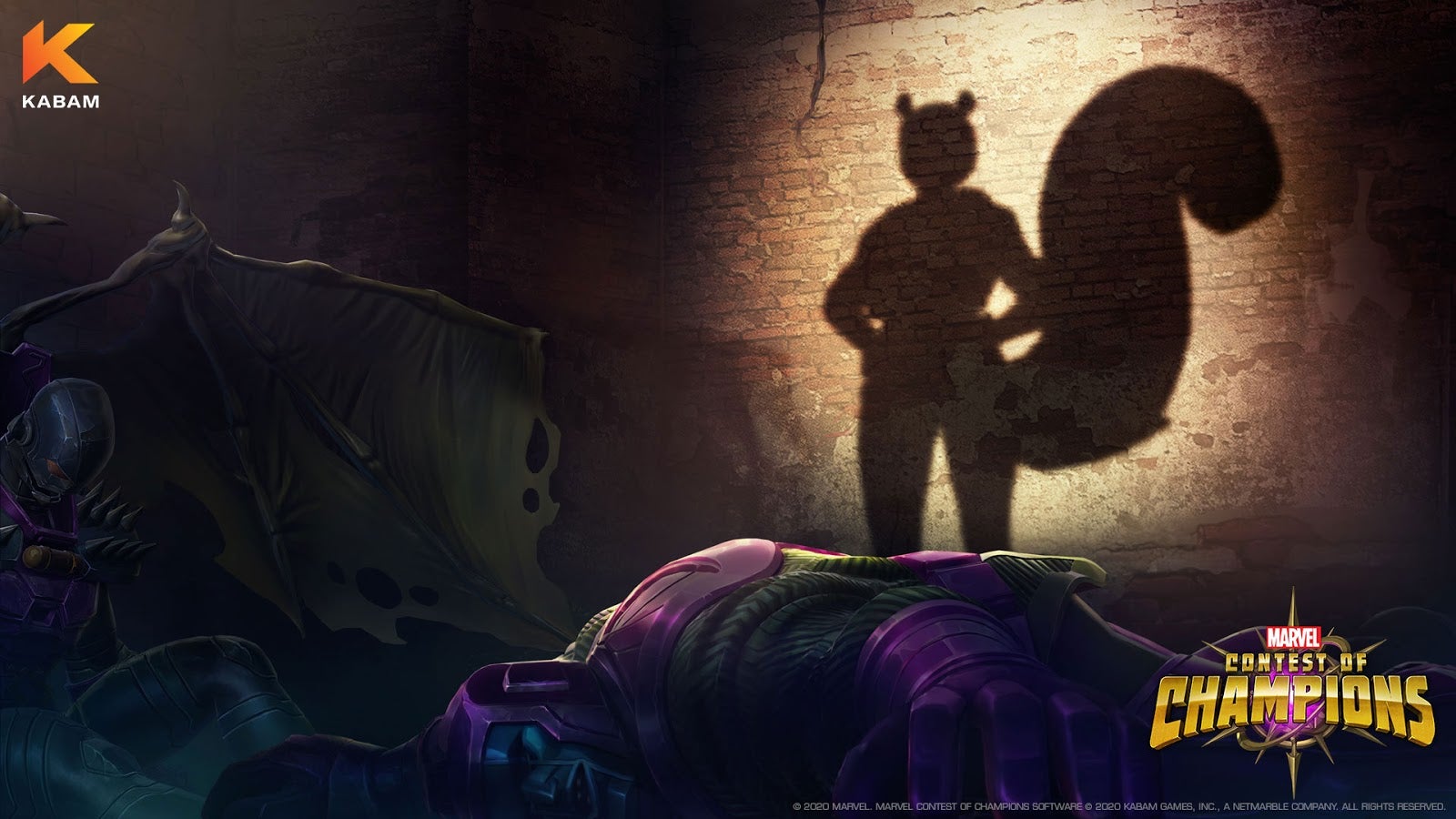 Some call Squirrel Girl a joke character, a goofy weirdo with silly powers whose regular triumphs over Marvel’s toughest villains are little more than a running gag. Doreen and friends have taken down the likes of Doctor Doom, Thanos, Ego the Living Planet, and many more. She’s gone toe-to-toe with Galactus and not only triumphed, but made friends with the Marvel’s giant purple planet eater. Ridiculous, right?

No. Squirrel Girl is no joke. She represents all of us goofy weirdos. She is the combined power of comic book, anime, cartoon, and science fiction fandom. She’s the embodiment of the infectious excitement that spawns when like-minded fans get together and geek out. Nothing can stand in the way of such power. They call her “Unbeatable” for a reason. 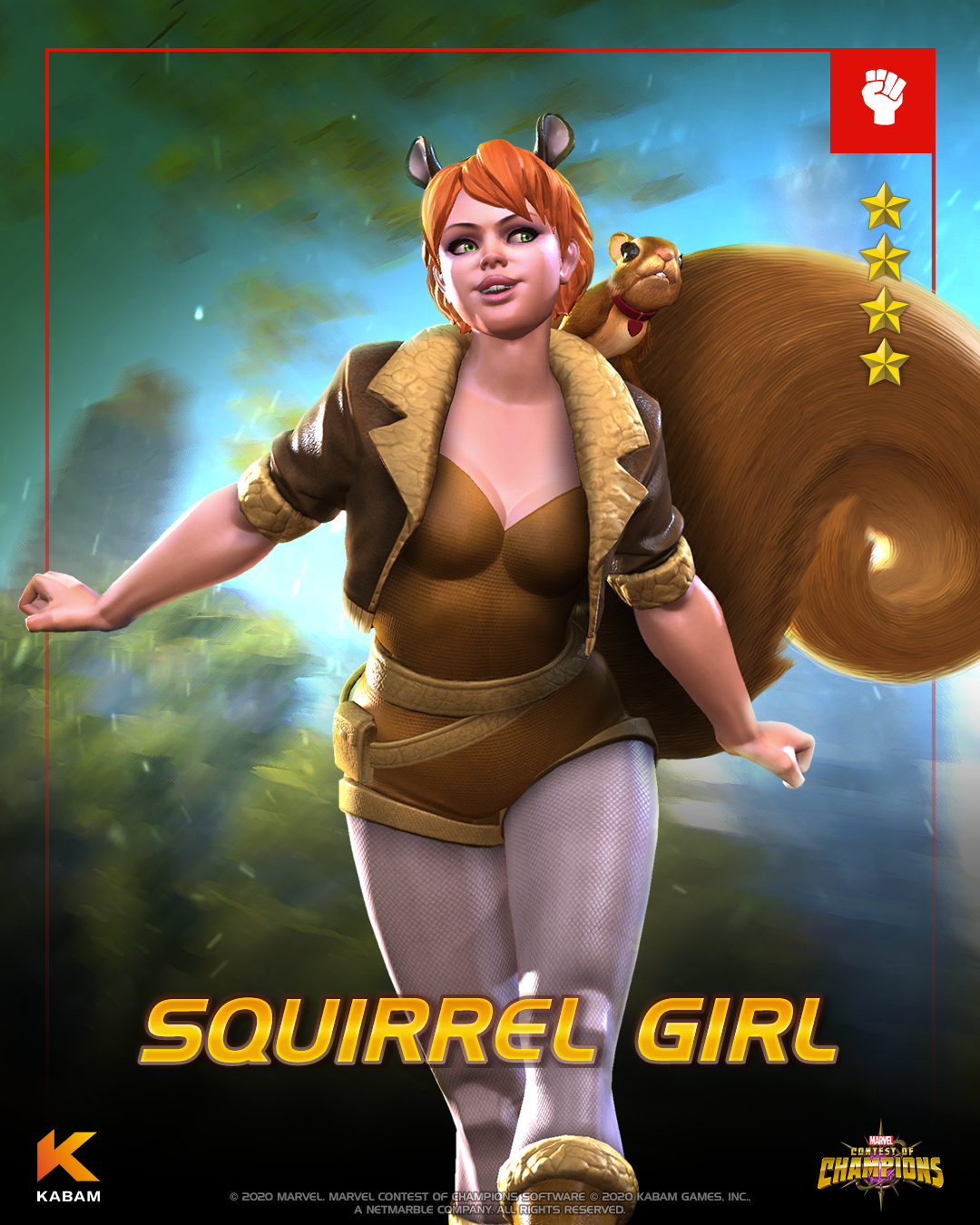 But here we are, and there she is in Marvel’s Contest of Champions, complete with a nut-collecting quest in which Squirrel Girl collects acorns which she can spend at the “Squirrel Store” for power-ups.

As much as I appreciate the added exposure for one of my favourite Marvel characters (Moon Knight will always be number one in my heart), it’s silly for Kabam to add Squirrel Girl to their little mobile fighting game. It’s called Contest of Champions. When another character is pitted against Squirrel Girl, there is no contest, and Marvel’s of Champions would be a silly name for a game.