I’ve been stuck on Borderlands 3’s Katagawa Ball boss for weeks, but yesterday I finally beat it in the best way possible, thanks to the help of a random stranger. Vengeance, it turns out, is a dish best served with company.

Katagawa Ball, a giant robotic orb reminiscent of a Dungeons & Dragons Beholder, has killed me countless times, forcing me to burn through most of my cash respawning. I didn’t have a corrosive gun to easily tear through its armour and its two bars of shielding, which I never managed to bring down before inevitably getting blown up by one of the grenades it continually vomits.

For days I tried levelling up by completing missions on other planets, but when I came back a plucky but still underpowered level 16, I got my arse handed to me all over again. I convinced friends to buy Borderlands 3 when it went on sale over the holiday, pinging them almost nightly about hopping on and helping me out. But busy lives and less devotion to the life and repetitive toil of a vault hunter left my Slack SOSs unanswered.

My only alternative was matchmaking. Now, my only regret is that I didn’t turn to it sooner. After a few minutes I was thrown into someone else’s game back on the same asteroid where Katagawa Ball had killed me so many times before. When I got to the checkpoint just before the boss fight, they were off to the side, down in the corridor to a separate control room. Then came her first words: “Hold on a minute, I’m feeding a kid.” 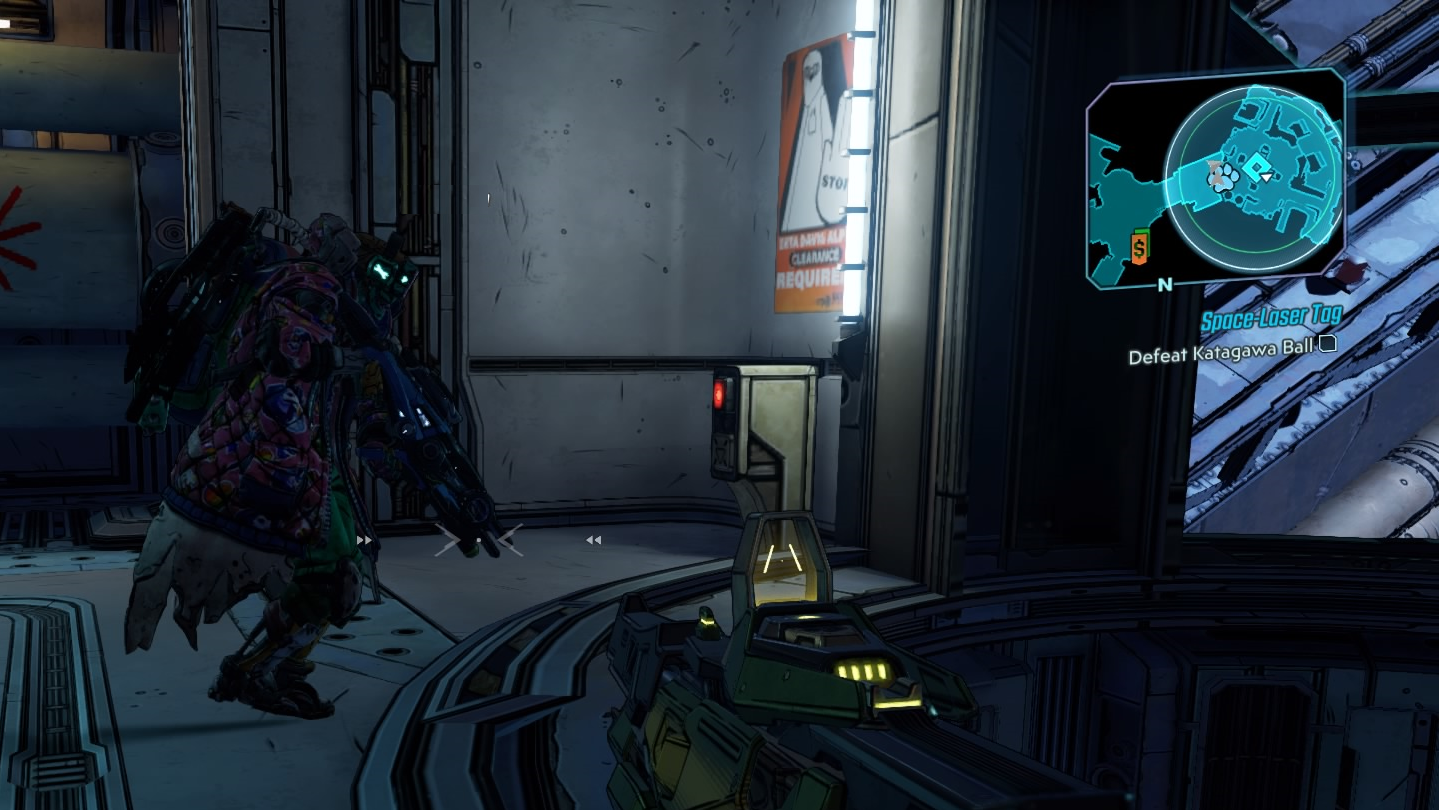 I didn’t catch the person’s name because I didn’t have my headset charged. Playing with randos gives me a lot of anxiety as it is, and talking to them over a hot mic even more so. The beauty of many games, including Borderlands, is that I don’t need to. The person offered me some leftover loot in a cache she’d just opened. Then, about 15 minutes later: “Alright, let’s go.” I replied back with a wave emote and we were off.

She told me she’d been stuck on Katagawa Ball for days, instantly creating a bond between us, two struggling souls brought together by providence. Matchmaking had not only thrown us into the same game, it had coincidently joined together two players with the same vendetta. Katagawa Ball was fucked.

The boss fight is frustrating for a single player, but a near cakewalk for two. We died once. “Oh hell it’s back at full health.” But the second time was perfection. Divided between two targets, unable to corner either one or escape from both hails of bullets simultaneously, Katagawa Ball faltered, and then it fell. A long sigh of relief followed by a hearty “thank you” and then another sigh was more satisfying than whatever guns poured out of the boss’ corpse. 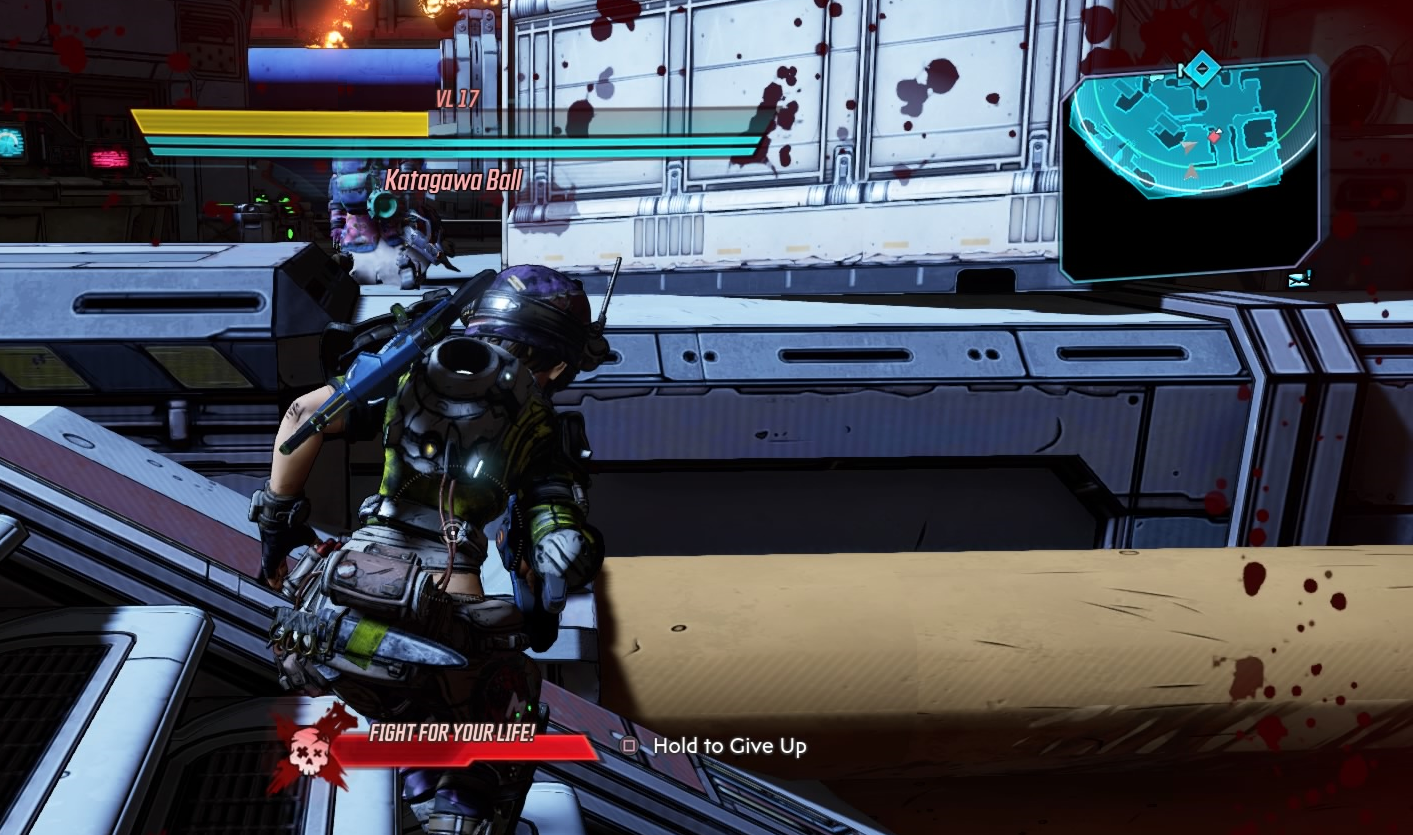 Some developers are still sceptical of adding more robust matchmaking options for their games. (Looking at you, Bungie). And I’m a big part of why: the lone rando, under-leveled and not entirely properly equipped, refusing to coordinate over a mic. But even if raids like those in Destiny 2 and The Division 2 don’t support automated matchmaking, the option to call for help when you’re in a tight spot can be a breeding ground for the types of positive interactions that lots of online games could use more of. Bailing someone out forges a much more interesting connection than simply joining up with strangers to run through the motions of loot grind that you’ve already run a dozen times before. For hardcore players, there are looking-for-group forums and countless threads on Reddit, but throwing out a Craigslist-style ad is no replacement for the sort of organic partnership that can spring up when one stranger stumbles across another in need.

At the very least, I feel like I owe it to the FL4K I fought alongside to pay it forward in Borderlands 3 in the future and hop on the mic for the next stranger I play with.