Borderlands 3 Patch Removes Screaming From Boss Who Screamed Too Much 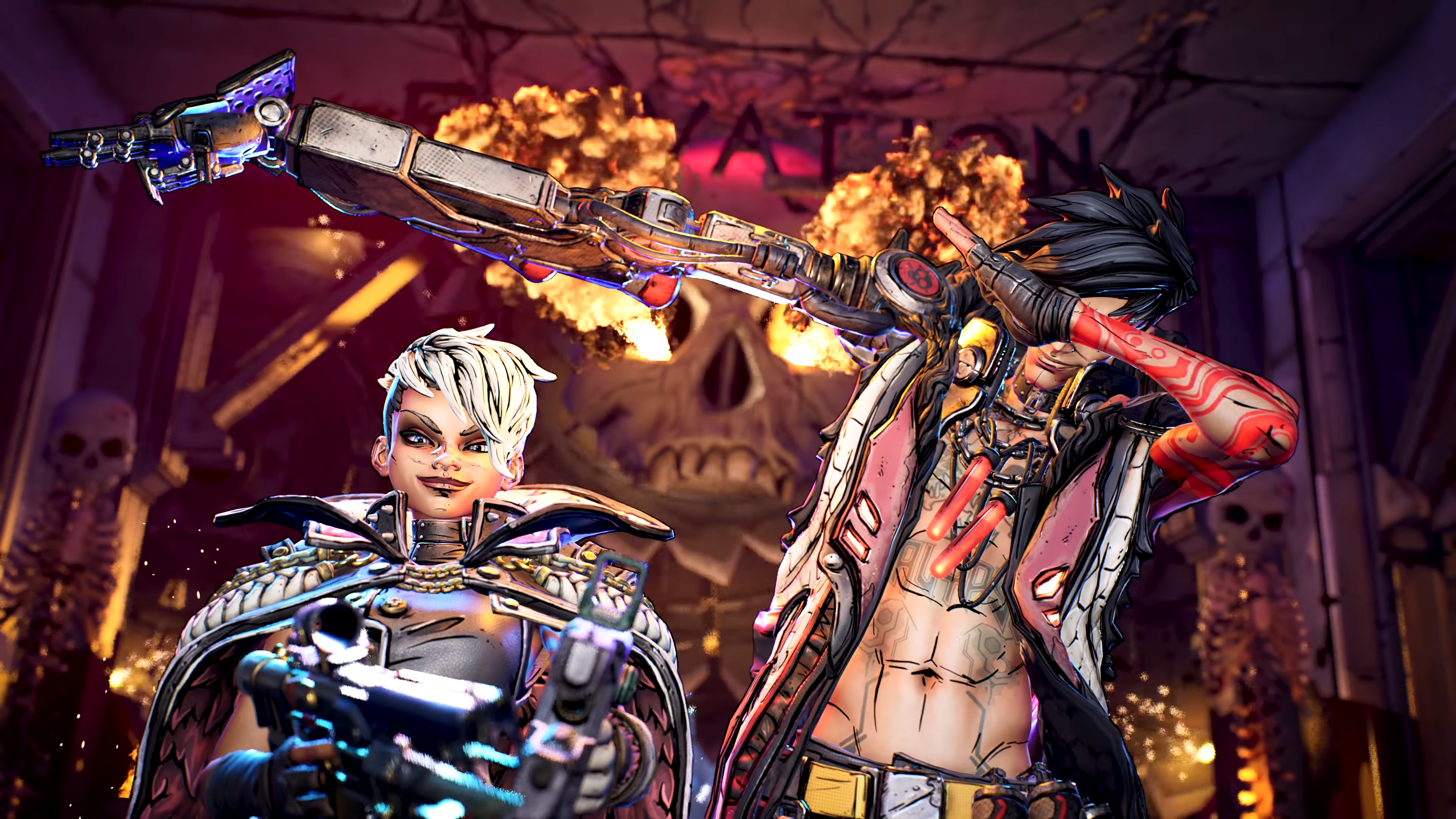 Yes, he is dabbing (Screenshot: <a href="https://www.youtube.com/watch?v=Av5Eyx3bGtM">Borderlands</a>)

Borderlands 3 is fun, but it’s had some problems since launch. It takes an absolute lifetime to boot up and occasionally hangs during simple actions like opening the menu. This morning, developer Gearbox pushed out a hot fix that deals with the most pressing issue of all: the incessant screaming of an endgame boss.

WARNING: There are story spoilers from this moment forward.

My Borderlands 3 adventure is only a few hours long, but my short time with the game has readied me for an eventual showdown with twin antagonists Tyreen and Troy Calypso. Without going into too many details, these siblings kick off the main storyline by being absolute dicks. I can only assume they get worse in future chapters, making any opportunity to fire a few shots in their direction a welcome reprieve from their influencer-based quips.

Enemies can be incredibly talkative in Borderlands 3, especially when they take damage. This dialogue ranges anywhere from basic “Oh wow, bullets hurt!” grunts to full-on wailing when they take continuous damage from elements like fire, electricity, and acid. Troy apparently leans towards the latter, so much so that his screams have been a topic of discussion, with players offering both positive and negative opinions on the matter.

“Humanoid bosses screaming from elemental effects is absolutely hilarious,” one Reddit thread says, going on to name Troy and another boss, Aurelia, as two characters with drastic reactions to damage.

“Status effect screams seriously need deleting on bosses,” another complains. “Take for example the seemingly epic fight with Troy, or Aurelia, or the Zero like fight with Katagawa and the Two Traunt Brothers as they throw insults at you and half way through shit talking you the screams overlap the insults so you don’t get to hear what they are saying half the time.”

Today’s hot fix addresses numerous aspects of Borderlands 3, including a reduction in drop rates from certain farmable enemies and nerfs for Torgue shotguns, which became popular due to their ability to output massive damage in the right situations. At the very bottom, the changelog notes that it also “removed pain sounds from Troy for his boss fight,” making it easier to hear his snide remarks as he flies around the boss arena.

Reactions to this particular change have been generally positive, even from folks who didn’t find Troy’s screams to be that big of a deal before the update.

One player has petitioned the developers to “please bring back the Troy paingasms,” but the most upvoted response was a simple, “No,” from another Reddit user.

For the most part, folks were expecting these changes, though there is some grumbling that performance issues weren’t prioritised over limiting loot farming and some specific sound effects. In any case, Troy now has a chance to talk shit that he didn’t have before.