Sony Has Blocked McDonalds From Releasing Its Custom PS5 Controller

Makoto Shinkai On Your Name’s Success, And The Climate Message At The Heart Of His New Movie 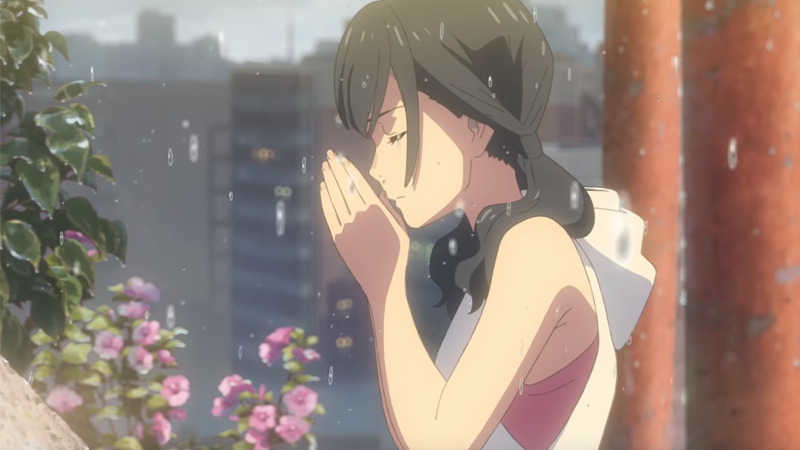 Hina makes the prayer that leads to her realising her powers. (Image: GKids/Toho)

Your Name, to the delight of millions the world over, made huge waves in 2016″putting esteemed anime director Makoto Shinkai on the international map, despite a career in the industry spanning over two decades. How does an artist follow up a career-defining piece of work? For Shinkai, it all came back to remembering his audience.

With Weathering With You about to make its western upcoming westernised adaptation), inspired him to return to familiar themes and ideas for his first film in the wake of such a massively successful movie. Check out our full interview with the director below.

[Note: This interview as conducted through a translator, and has been edited for clarity.]

Whitbrook: How have you felt about the reaction to Weathering With You so far back home? What’s it like coming to this international audience, having already got a gauge on it back in Japan?

Makoto Shinkai: We know this is going to be the box office number one for 2019, and that it’s number two after Your Name for the last few years, which is something I’m very grateful for. It seems to have been particularly popular amongst young audiences. It didn’t get as big an audience as Your Name and that’s slightly disappointing and something I want to do better with next time.

I think, in order to attract the same number of audiences as Your Name, I need to have people who don’t usually go to the cinema coming to watch the film. Otherwise, there’s no way to reach that number. Because I think people who like films will have seen [Weathering With You]”it’s the people who don’t usually see the films that I really want to get next time. In regards to going overseas, I’ve been really looking forward to coming to London because I’ve lived here for a while. I’ve got friends here. I get to see people. It’s a bit like coming home, so it’s always nice to come to London!

Whitbrook: Speaking of your international reach with Your Name” it was so well-received we’ve got the news of a western adaptation, with J.J. Abrams onboard. What has your involvement been in the wake of that announcement, and how do you feel about the story being remade from a western perspective?

Shinkai: I’m leaving it to him, to a large extent”I’m not micro-managing. And I’m looking forward to seeing what they come up with. But they do send me all the script revisions and ask my opinion. So, I’m involved in that way. I can’t tell you how it’s going, I’m afraid. But, I think it’s going to be a really interesting film. It’s been very interesting for me to see how they’ve taken this unique Japanese setting and transferred that to the U.S.”so, it’s going to be interesting.

Whitbrook: When you started the creative process on Weathering in the wake of Your Name‘s reception, did you keep in mind this big, international audience that’s potentially going to know your name and follow your work? Was that something that influenced you as you were hashing out ideas for the movie?

Shinkai: As you say, thanks to Your Name, a lot of people, including these audiences, found out about me and got to know my work. And so, I did hope that a lot of people would come to see the film from other countries, as well. But at the same time, I was very aware that I don’t think have the ability yet to make something on the par with Disney or Pixar, or Hollywood movies, that’s really something everyone everywhere can enjoy. So, I think what I was aiming for was something Japanese audiences would really enjoy”and if Japanese audiences enjoyed it, then maybe foreign audiences might enjoy it as well.

Whitbrook: There’s a lot of similarities between Your Name and Weathering“they’re love stories with similar fantastical elements, and share the idea of running away to the city to start a new life. Why did you choose to make a film that feels in many ways, similar to your prior work as your first big project after Your Name?Â

Shinkai: The first thing I wanted to do with Weathering was to make a film on the theme of the weather. Firstly, because I’d been watching the news of the more and more damage caused by the weather in Japan, and also because it’s just such a familiar part of everyone’s day-to-day life. The weather”whether it’s raining or sunny”can have an impact on the way you feel that day. So I thought that it would be a theme that would really appeal to audiences.

I think the fact that both Weathering and Your Name have teenage protagonists is another similarity between them”maybe creates a similar feeling. But I feel that animation is, in essence, something for young people. And I feel that young audience is renewed every three years or so, as people grow up and leave school. And so every three years or so you get a new, young generation [going to the movies]. And so I did feel like even if there were certain similarities with Your Name, it wouldn’t really matter because it would be a new young audience coming to see it.

Whitbrook: The fantastical themes of Weathering are much more grounded compared to Your Name. What inspired that choice?

Shinkai: I wanted to find the balance that would make the story really accessible to the audience, and that’s how I came up with this depiction [of Hina’s powers]. With Your Name, it was about body swapping. Which is obviously impossible, though still very enjoyable! But in this film, Hina is what we call in Japanese hare-onna“which is quite hard to translate, but I’ve gone with “sunshine girl””but it’s a very, very common concept in Japan. Lots of people might call themselves Sunshine Girl or Sunshine Boy or a Rain Girl or a Rain Boy, and it just means that when you’re with that person, it usually ends up being sunny. But in this case, we’ve taken that and obviously, this girl is a 100 per cent sunshine girl”so it’s definitely going to be sunny when she’s around. And so, it’s something that is quite easy, I think, for a Japanese audience to go along with. 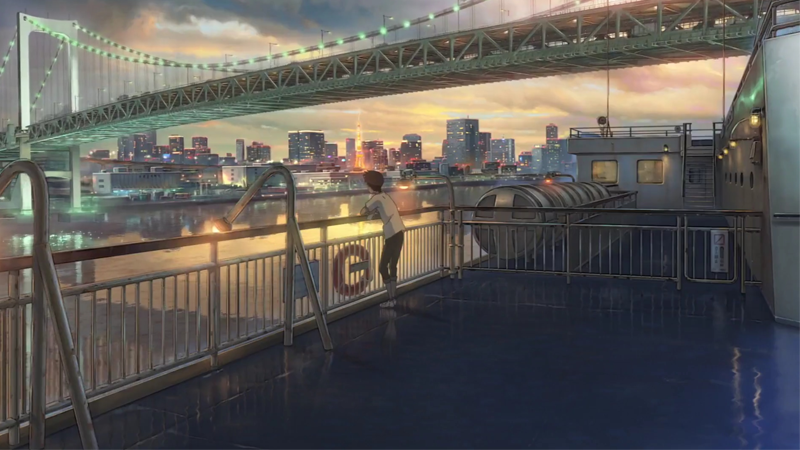 Whitbrook: Tokyo is presented in such a loving lens in Weathering. What is it that draws you to depicting the city in this intimately personal way? What’s your research process like in capturing it for one of your films?

Shinkai: First of all, I live in Tokyo myself and I wanted to depict the place I live as a beautiful place. Tokyo is a place that suffers from a lot of disasters caused by rains, caused by earthquakes”it’s not like London, where it looks as much today as it did 100 years ago. Tokyo is changing all the time, and I wanted to get Tokyo as I know it now down. In terms of how I went about creating Tokyo, I did location scouting, looked at the topography of Tokyo, tried to create those in 3D”we went up by helicopter, got the data to create some 3D graphics. Those were some of the approaches I took.

Whitbrook: You mention Tokyo as being this city greatly impacted by ecological disasters and the threat of climate change”and obviously, Weathering With You carries a major ecological theme, as does your prior work. Do you feel an obligation to keep reminding people that Earth is in this period of environmental upheaval?

Shinkai: I have felt a kind of responsibility in the last few years. Climate change is happening. And in Japan, for example, I think we are entering a period where we can expect more earthquakes to happen. The Earth is relatively settled, but now, we’re experiencing more earthquakes in Japan. And I think thatÂ thisÂ time I’m living in gives me a kind of responsibility.