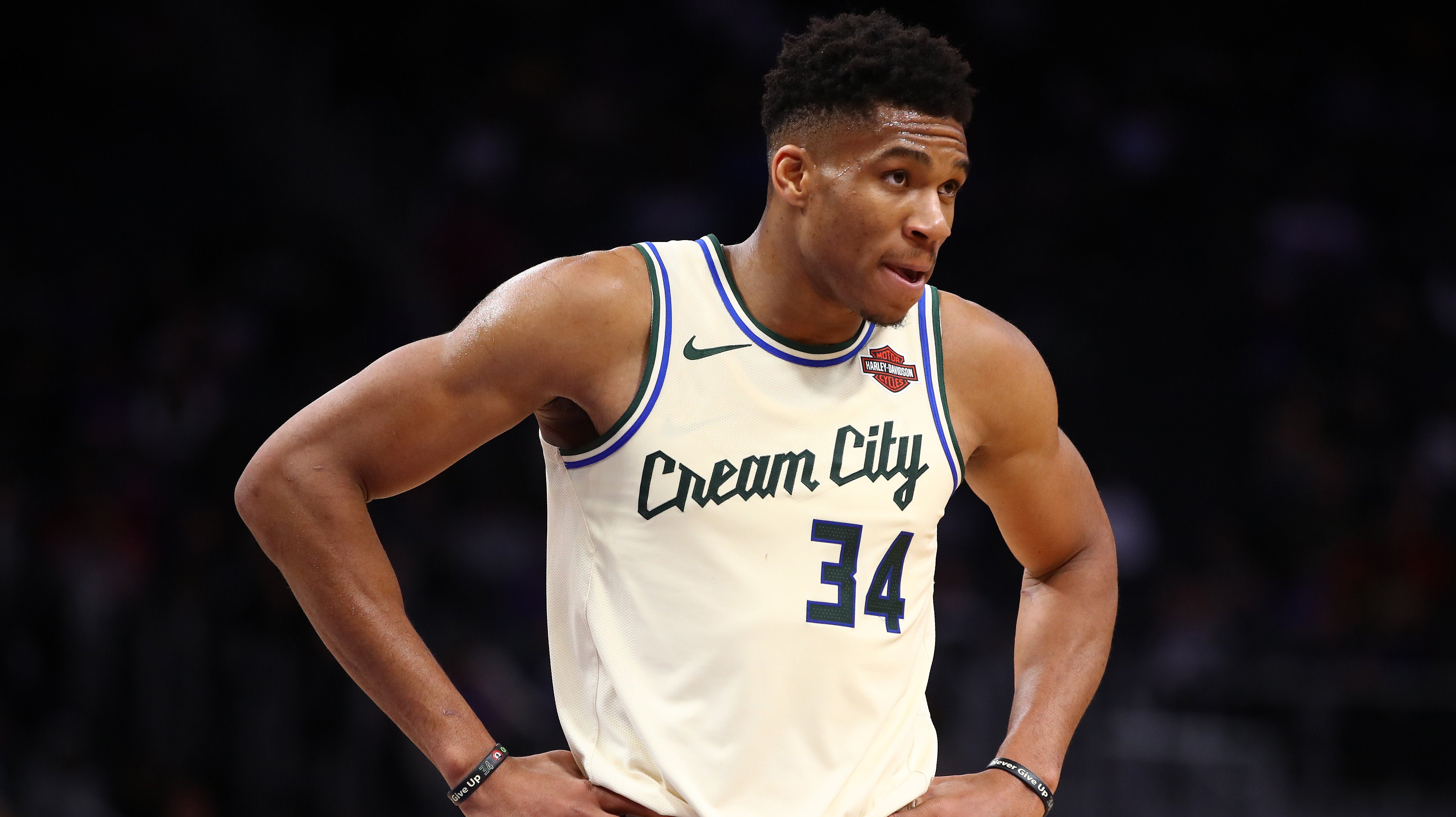 Photo: Gregory Shamus, Getty
To sign up for our daily newsletter covering the latest news, features and reviews, head HERE. For a running feed of all our stories, follow us on Twitter HERE. Or you can bookmark the Kotaku Australia homepage to visit whenever you need a news fix.

NBA megastar Giannis Antetokounmpo is due to hit free agency in 2021, and already teams and players are making preparations to try and sign the guy. Things are indeed so crazy that a chat between Antetokounmpo and former MVP Steph Curry the other night, reportedly over PUBG of all things, turned into drama.

Here’s the source: Curry being captured on film last night saying “let’s do this, come on” to the Greek Freak.

If Curry was ever caught legitimately trying to coax Antetokounmpo to the Warriors that’s called tampering, and carries a $US50,000 ($72,955) fine. So it’s little surprise this morning to see sports media coming out with a cover story: that Curry was trying to get Giannis to join him playing PUBG.

???? EXCLUSIVE ????
Steph Curry has informed @ChrisBHaynes WHAT he was telling Giannis.

It was about teaming up, just not in the NBA … in PUBG. pic.twitter.com/LwEqvLFJnB

Is that really what happened? With sports media it’s often hard to tell, since all Haynes is doing here is relaying what Curry wants to be relayed. Could be Curry trying to cover his arse, could be a story masking something else entirely.

Or you know whatever, it could be legit, since it feels like half the NBA is spending its nights on Twitch these days playing stuff like Fortnite. It’s 2020, truth is dead, believe whatever you like! Just know that if Giannis does end up on the Warriors in 2021, you can look back at this and think, man, what a wild way for this all to start.