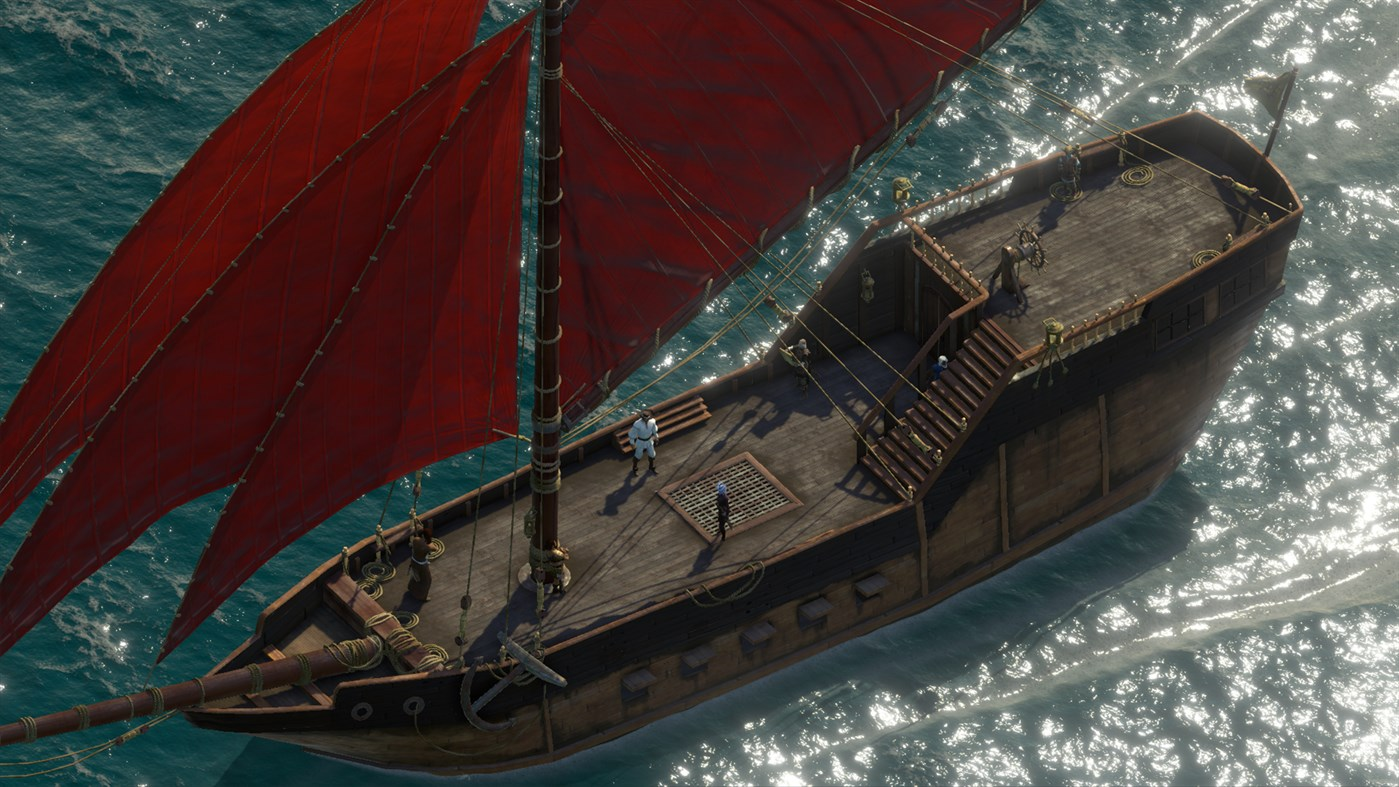 Pillars of Eternity II: Deadfire is the latest classic-style role-playing game to make its way from PC to console. The console port of the 2018 game comes with a lot of compromises, but some new negatives are offset by the turn-based combat mode that was added to the PC version last year.

Out yesterday on PS4 and Xbox One, Pillars II is an 80 plus hour epic about hunting down a god and negotiating the inter-factional politics of the archipelago it’s taken up residence in. There are pirate ship battles that unfold like dialogue trees, multi-class skill trees you can use to craft your preferred character, and a barrel full of side quests so big it makes the central storyline feel almost small by comparison.

In the four hours I spent with the Xbox One version of the game, many of the game’s best systems worked well, even if it’s obvious the game was originally designed for a mouse and keyboard, not a controller. Character control is fine. Your main character moves naturally with the thumbstick, and the right and left bumpers make swapping between the other members of your party a breeze. But moving a cursor around the screen with left stick for moving around the map and targeting enemies is clumsy and sluggish. It’s also what you spend a lot of time in Pillars II doing. It is especially cumbersome in combat when trying to target an enemy from afar with a cursor click but accidently clicking to have your character move next to them instead.

Load times are another problem, one the game struggled with on PC as well> It’s possible they’re less distracting on Xbox One X or PS4 Pro, but on the base Xbox One many of the loading screens during transitions from one zone to another lasted 30 seconds or more. And they are frequent. Too frequent. In the midst of backtracking to explore an old area or hunt for the thread of a sidequest you might hit three load screens in five minutes. I’m not someone who’s usually that bothered by extended load times, but their frequency in Pillars II can get distracting.

Fortunately, it doesn’t take too much away from the game’s excellent turn-based mode that was added to the PC version a year ago. Instead of watching your party descend into messy real-time brawls with skeletons, dragons, and rival gangs of pirates, the new mode lets you make plans and execute orders on your own schedule. Fights are more drawn out this way, but also much easier to navigate.

Having everything play out step-by-step lets you link abilities that complement one another, like marking an enemy as a ranger and then sicking your animal companion on them for bonus damage. The combat overall still isn’t as deep as fellow CRPG Divinity: Original Sin II, but the turn-based option makes it less chaotic and adds a more rewarding level of thoughtful strategy. Like a lot of people I wish Pillars II had it back when it first released.

Pillars II’s world is full of so many characters, places, and subplots it and can get dizzyingly overwhelming at times. The original version of the combat, however, had put me off. Having a solid, tactical combat system turns out to be just the thing I needed to hold onto and steady myself for the long journey ahead, and the console version works well enough that I’m happy to keep playing it there.