What Happened To Doomguy’s Zig-Zag Hair?

I love Doom 2016 a lot. It might be one of my favourite games of all time. But it has a problem. One which seems to be returning in the upcoming Doom Eternal. Where the hell is Doomguy’s sick 90s hair cut?

This important piece of Doom lore was left out in Doom (2016), as spotted by Marphy Black. They create some fantastic videos all about classic PC games like Half-Life. But they also care deeply, like I do, about the zig-zag haircut of the Doomguy. Last year, they wondered if the zig-zag hairstyle was going to return in Doom Eternal after it was missing in 2016. And after the latest trailer, we now have an answer.

An "eternally" critical stats update has been made in this enthralling ongoing saga. And the news is disappointing.

Where is the Zig-Zag? Nearly every Doom game in the franchise has included the haircut. This wild hairstyle was first seen in the original Doom, both in official in-game artwork and on the cover of the Playstation port, and later seen in Doom II, Doom 64 and even Doom 3.

Its appearance in Doom 3 is very interesting. It isn’t the haircut that the main character of that game rocks. Instead, the zig-zag cut appears on the co-op partner character. This has led some fans to believe the co-op character seen in Doom 3 is the original Doomguy, complete with lighter coloured hair. 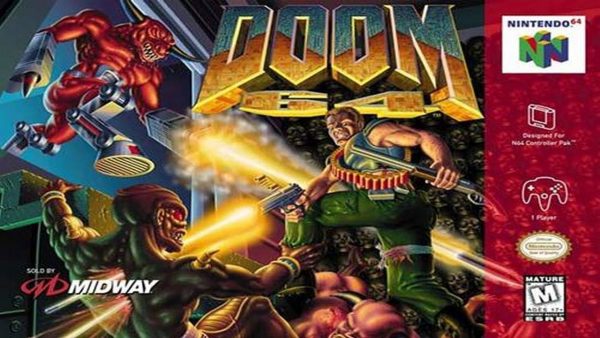 Adding another wrinkle to this zig-zag investigation is the fact that on the Doom64 cover the Doomguy doesn’t have zig-zag hair. Simple mistake? Possibly. Or is this more proof that the Doomguy seen in Doom64 is actually the Doomguy we play as in Doom (2016) and the upcoming Doom Eternal? Or maybe the Doomguy in 2016 realised that the zig-zag hairstyle he once had is no longer trendy or cool so he let his hair grow out to erase his shame.

Of course Doom Eternal isn’t out yet, so maybe Bethesda and id Software will correct this mistake. The game was delayed not that long ago. Could it be that they needed some extra time to fix this follicle blunder? Let’s hope so.