Twisted creatures from nightmare realms invade Azeroth in this week’s Visions of N’Zoth update for World of Warcraft. Am I talking about the minions of titular Old God N’Zoth, who seeks to engulf the world in his dreadful embrace, or the thousands of fox-eared Vulpera now trampling the planet in the name of the Horde? A little column A, a little column B.

The final big story push before the upcoming Shadowlands expansion, Visions of N’Zoth opens with the Alliance and Horde being alerted to the latest major villain worth banding together to defeat, the Old God N’Zoth. Roused from his slumber by naga Queen Azshara, the Cthulu-adjacent behemoth spreads his corruption across the land.

The quest to confront N’Zoth and learn to cope with his maddening influence takes max-level players to places like Uldum and Pandaria, places I never would have wanted to or thought to visit otherwise. N’Zoth’s reach is incredibly wide, so players will be running all over to secure special artifacts that stave off horror-induced insanity and to collect incredibly powerful new Corrupted gear.

Me, I’m mainly in it for the Vulpera, the new playable Horde-allied race, counterpart to the Alliance’s Mechagnomes. I spent a month grinding faction quests in order to unlock the Vulpera with this update. Was it worth it? Yes. Yes it was. 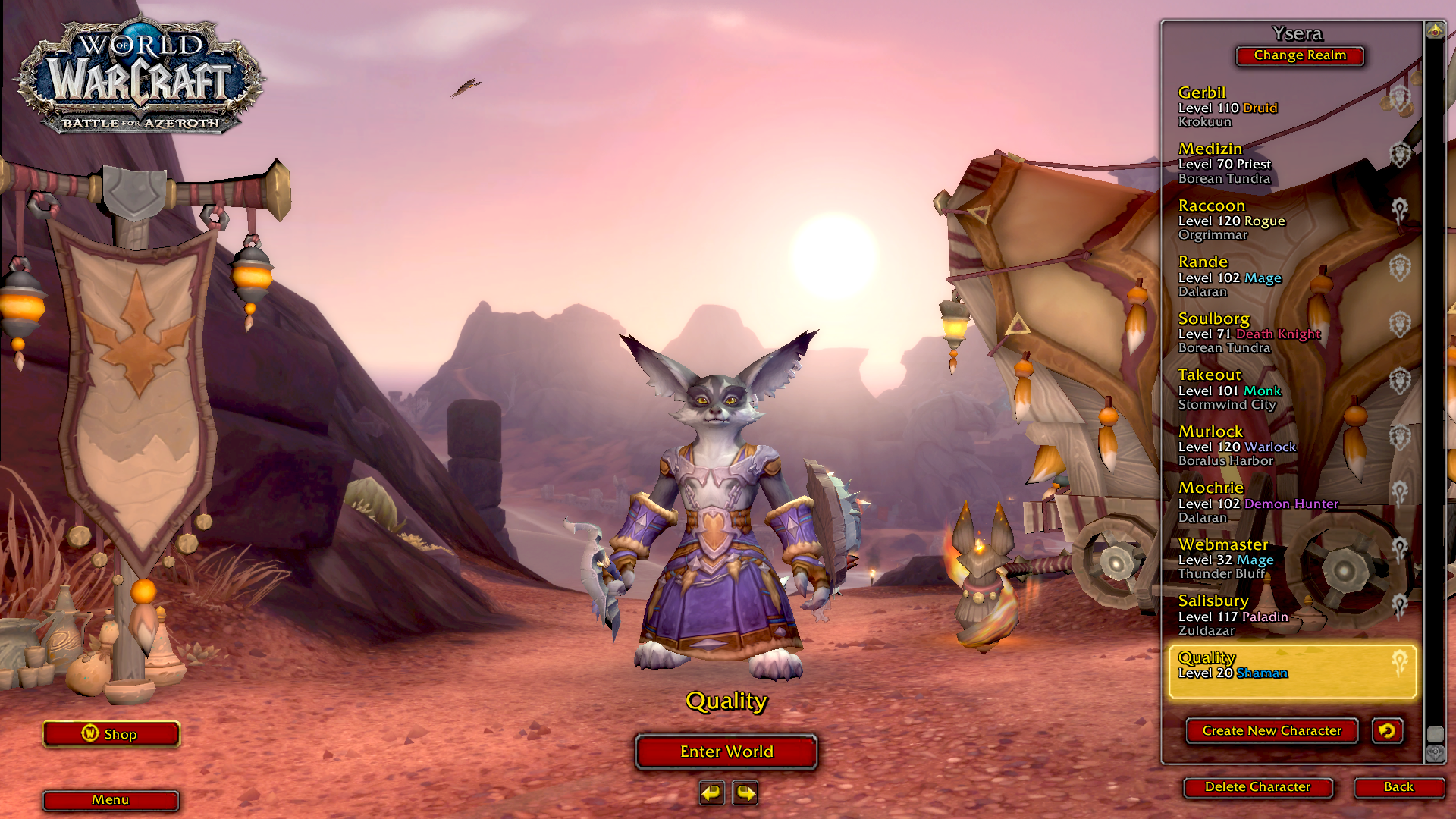 The lengthy, multi-part quest to unlock the Vulpera took me a couple of hours, mainly due to severe crowding and some wonky game mechanics. One leg of the quest involved killing worgs in the Twilight Highlands, which spawned incredibly slowly for creatures being hunted by massive roving bands of wannabe fox people. Even simple “bring X to character Y” quests were a pain due to large crowds gathered in the quest areas.

But I made it through. I created Quality, a Vulpera shaman. I used the boost from my Shadowlands preorder to jump him straight to level 120 (allied-race characters start at level 20 by default). Then I spent a couple of hours dying, because you can’t just start shamaning it up without vigorous practice. I’m still in the early stages of the update, with lots more to do before I start decking my little fox critter out in Corrupted gear (I’ve collected one piece but need items to cleanse it and make it wearable). I look forward to delving deeper into Blizzard’s take on the wacky adventures of Cthulu and friends in the weeks to come.