In The Dark Crystal Comic, Hup’s Paladin Quest Isn’t As Heroic As He Hoped 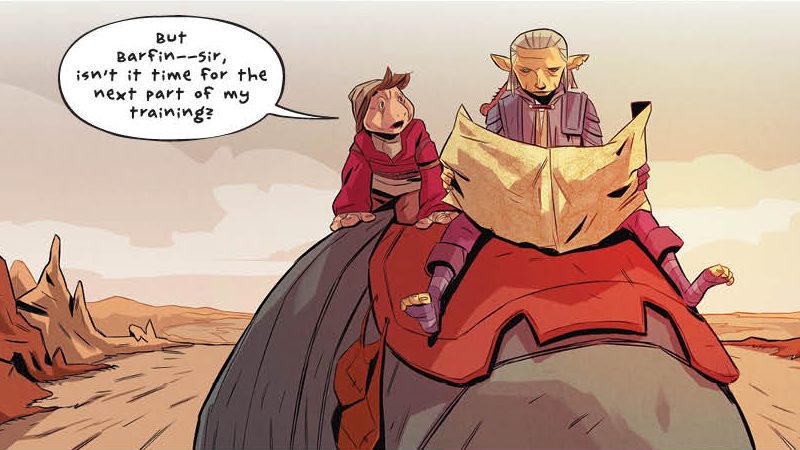 When we first met the adorable Podling potential-paladin in Netflix’s The Dark Crystal: Age of Resistance, it was clear that this little knight-to-be knew his way around a spoon fight or two. But how did Hup set himself on the path to heroism? Well, as this exclusive look at the next issue of the Age of Resistance comic shows, it was a bit of a winding path.

The latest arc of to join him as his squire, he finds that life as a paladin-in-training isn’t all sword clashes and heroic deeds.

As you’ll see in our exclusive preview of Age of Resistance #6, it is mostly about singing for food scraps and hoping your reputation doesn’t precede you on your travels. 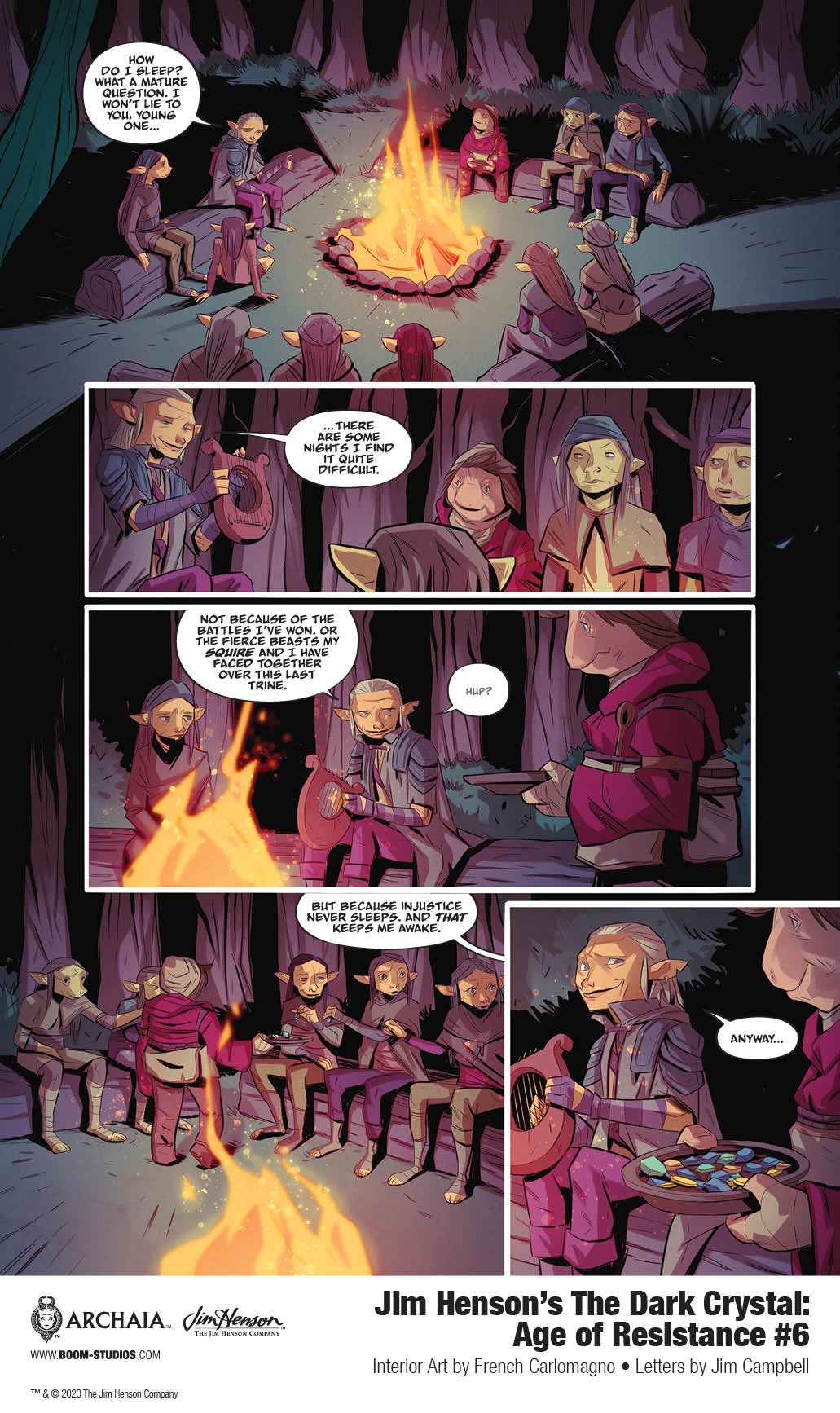 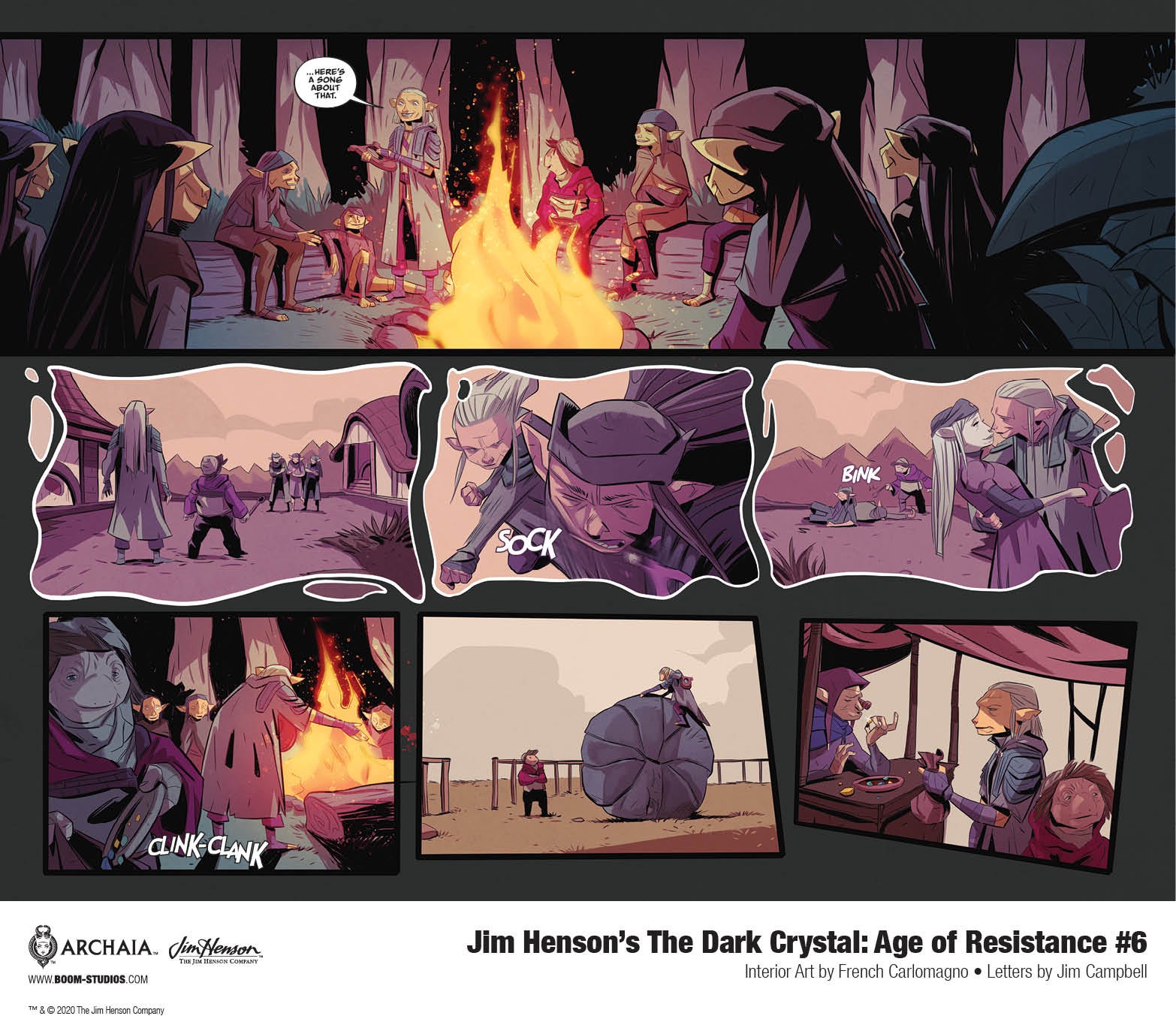 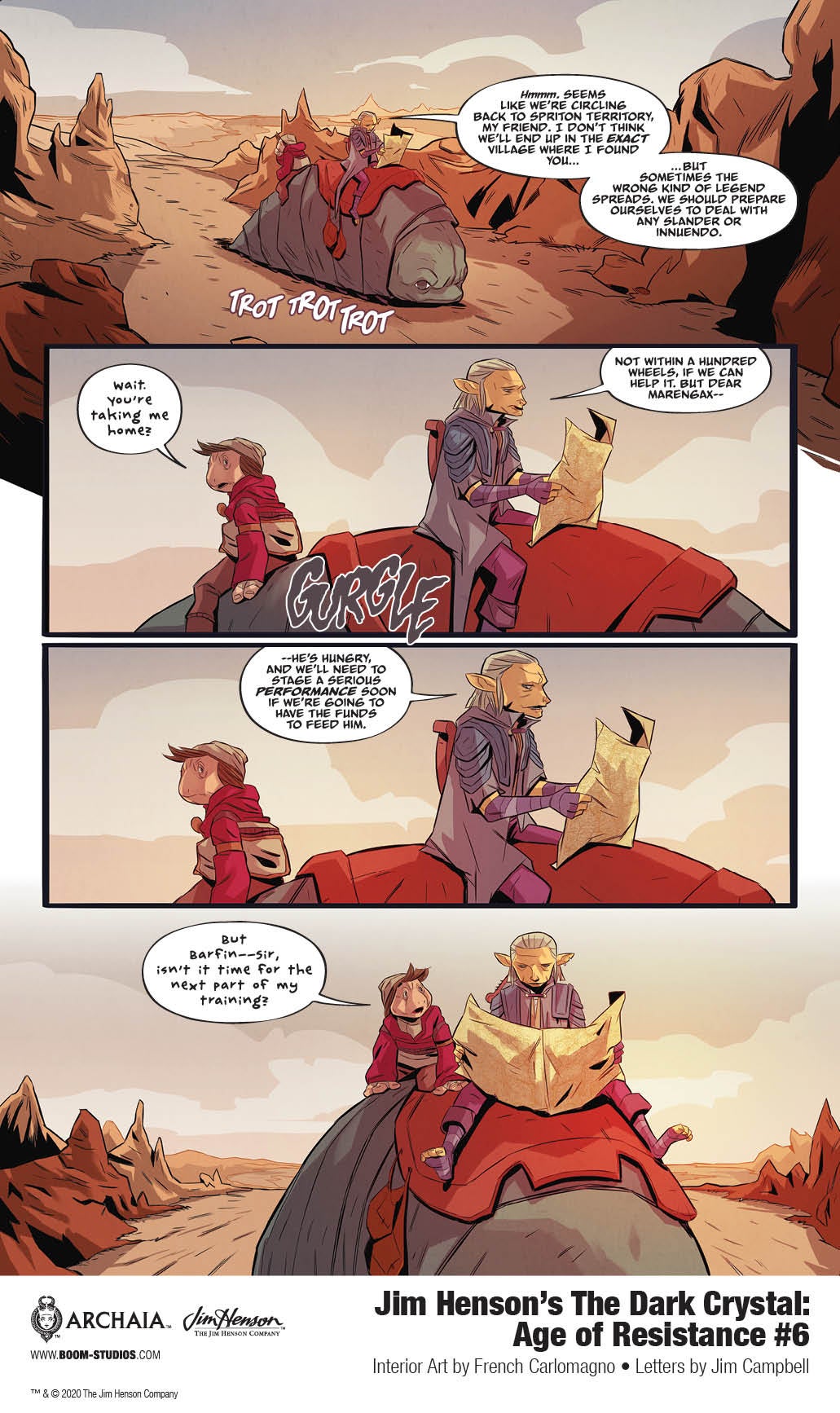 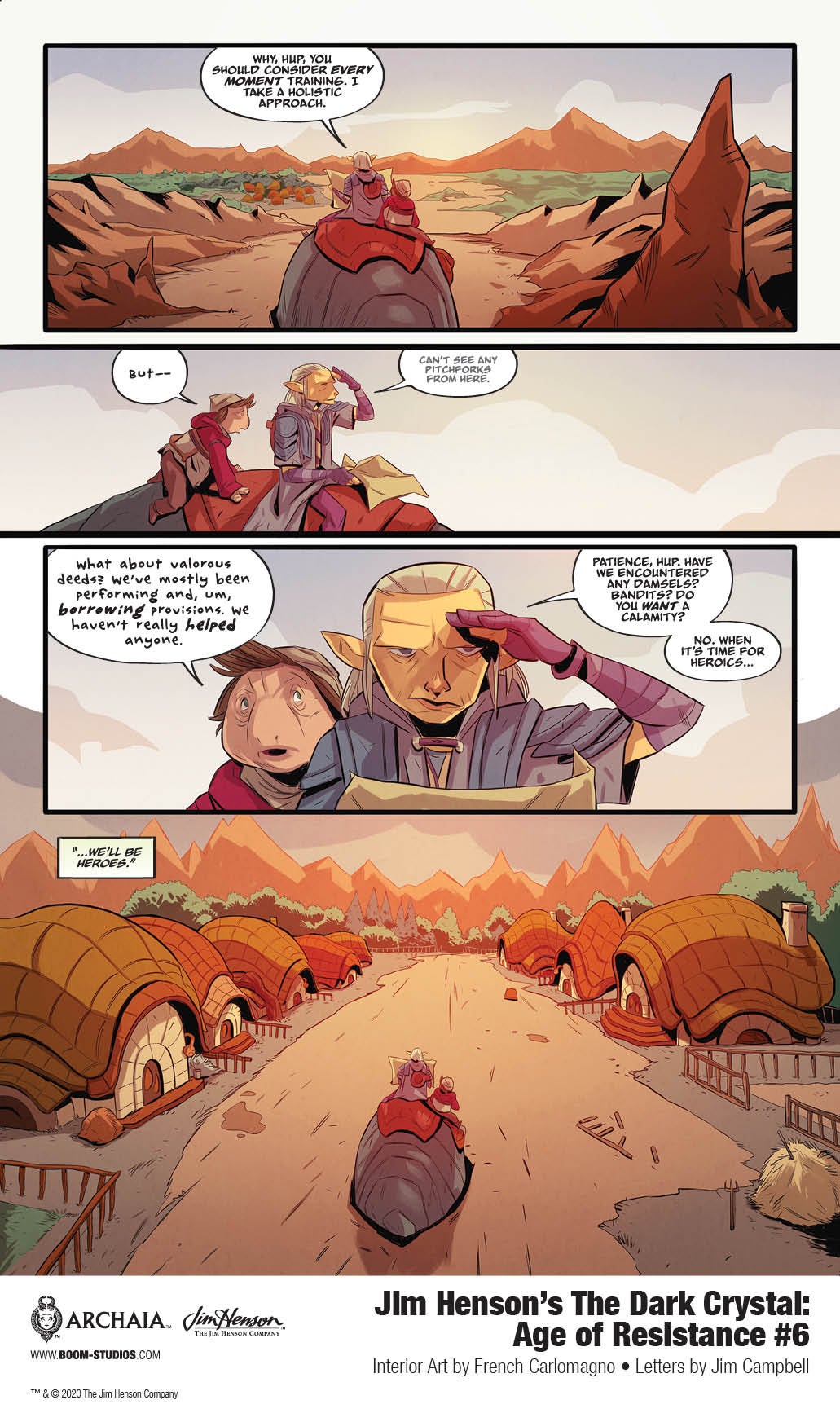 You can also check out a few of the covers for Age of Resistance #6 below”including a gorgeous first look at Mouse Guard creator David Petersen’s variant cover for the issue! 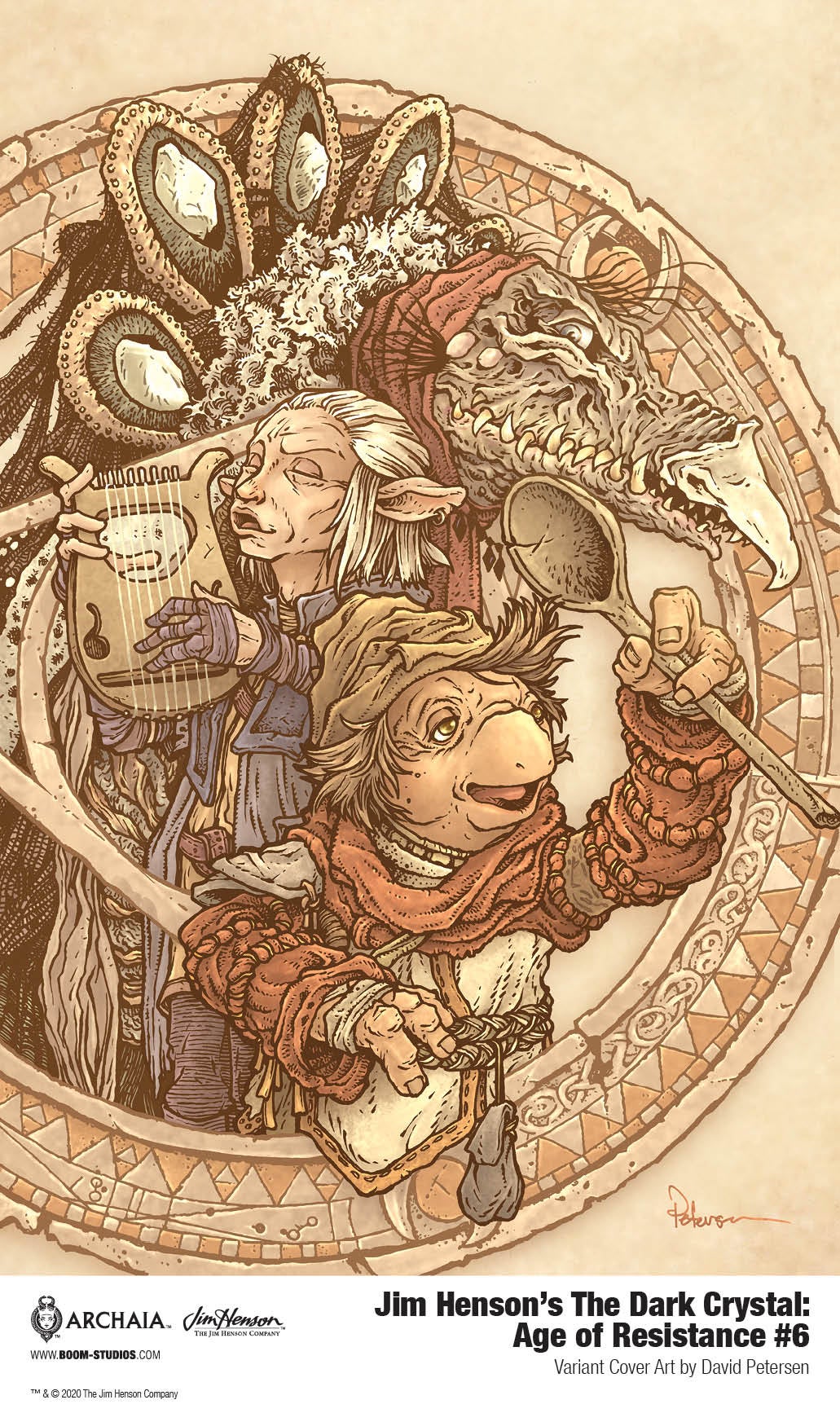 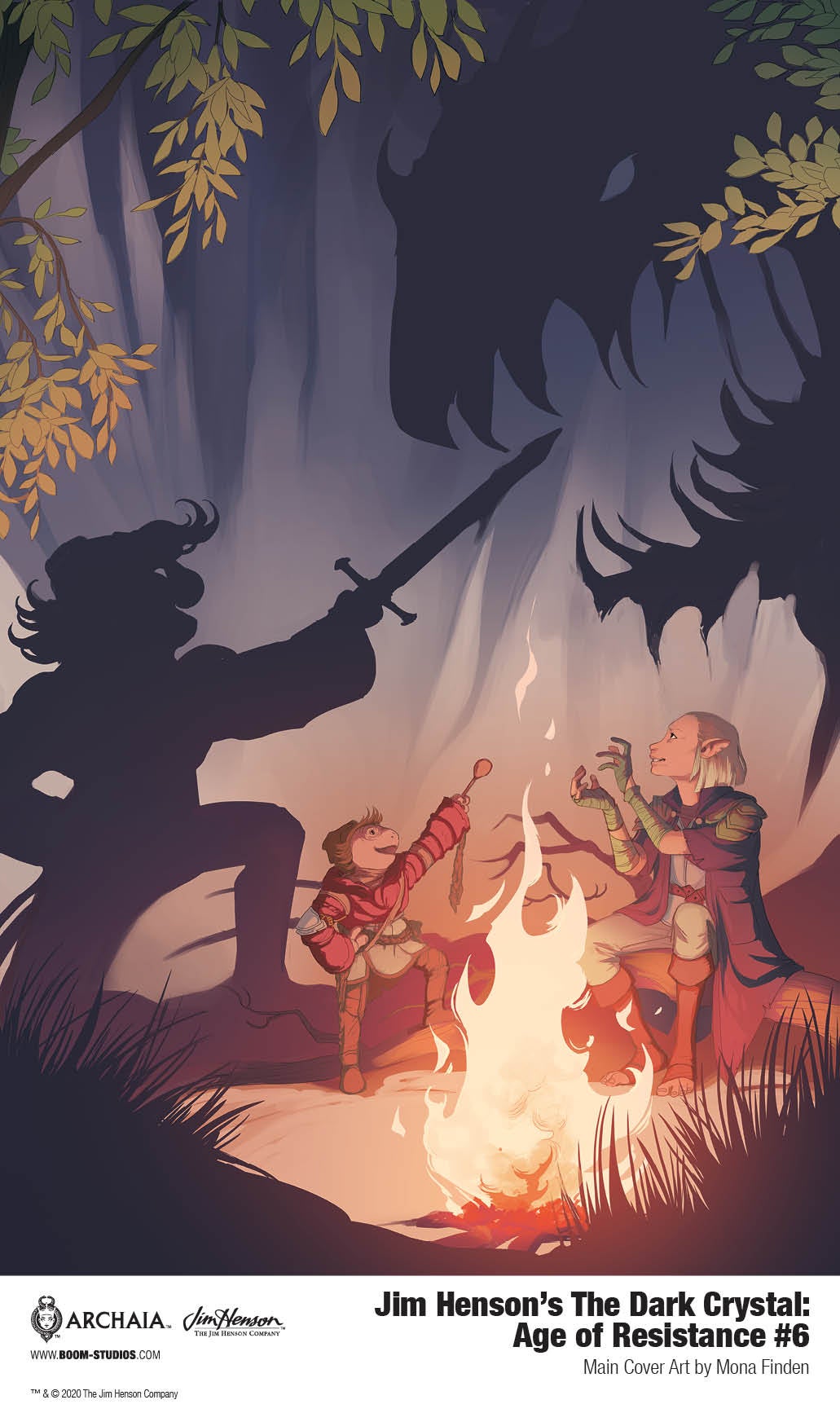 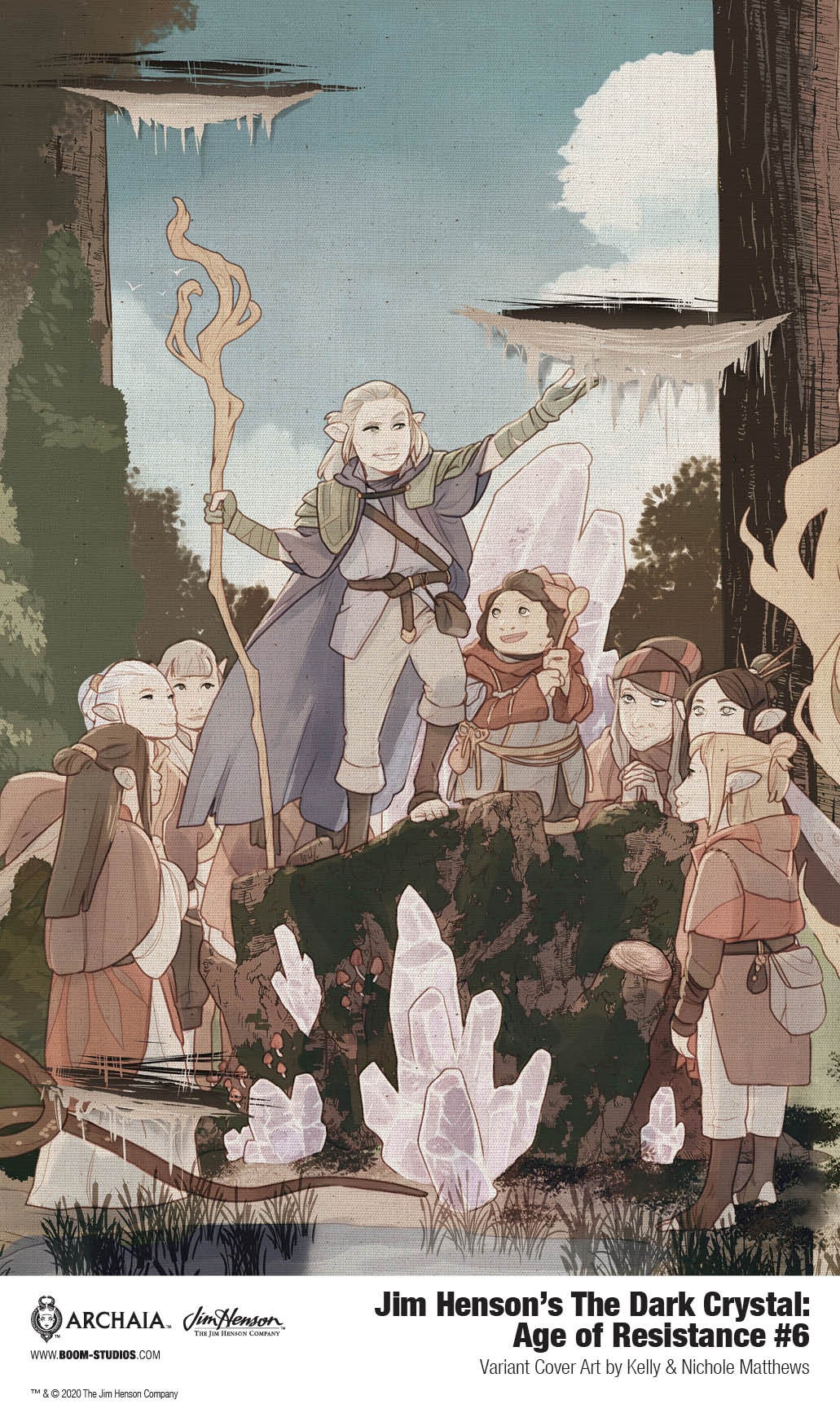