The Gelflings Go To War In Your First Look Inside The Dark Crystal: Age Of Resistance Prequel Comic 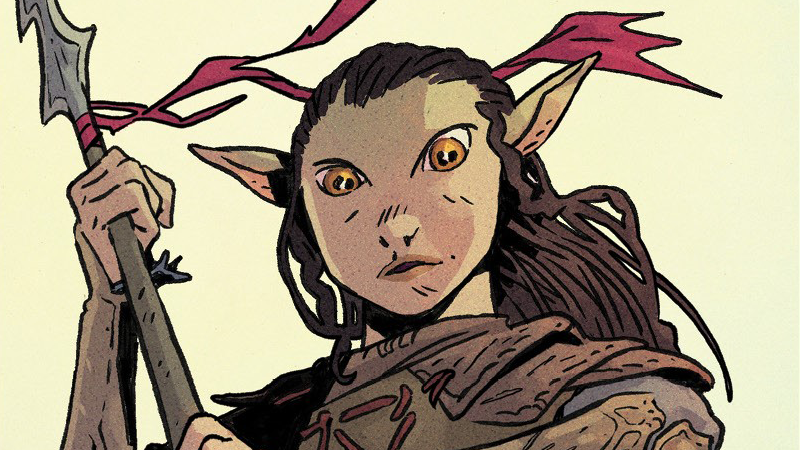 In just a few weeks, we get to return to the world of Thra as the gorgeous-looking Dark Crystal prequel series Age of Resistance makes its way to Netflix. But why not whet your appetite with a look inside the new comic that’s actually a prequel to that prequel?

It’s the latest in a long line of comic series and graphic novels by the publisher that have explored the long history of Thra after the events of the beloved 1982 movie. 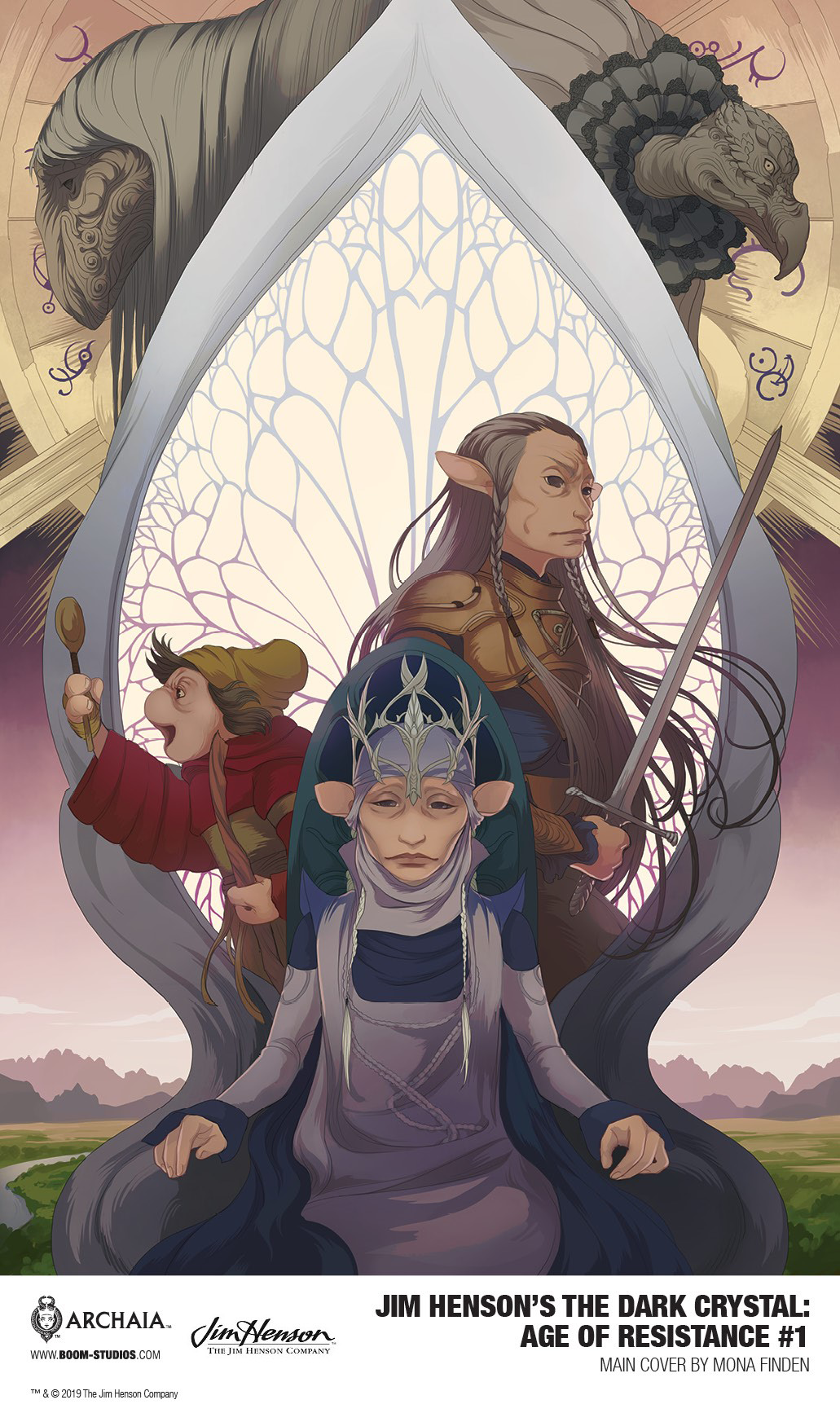 Set decades before the events of Age of Resistance, the 12-part series follows Maudra Vala, the leader of the Stonewood Gelfling clan ” succeeded by her rebellious daughter Maudra Fara by the time of the Netflix series, played there by Game of Thrones‘ Lena Headey ” as she races to save her people from destruction at the hands of the sinister, spider-like Arathim as they invade Gelfling clan lands in a bid for dominance.

Putting all her hopes in a prophecy relating to an ancient weapon hidden in the Tomb of Relics, Vala sends her greatest warrior, Ordon (the father of one of Age of Resistance‘s protagonists, Rian, and played by Mark Strong in the show), on a deadly quest that could end the war once and for all. 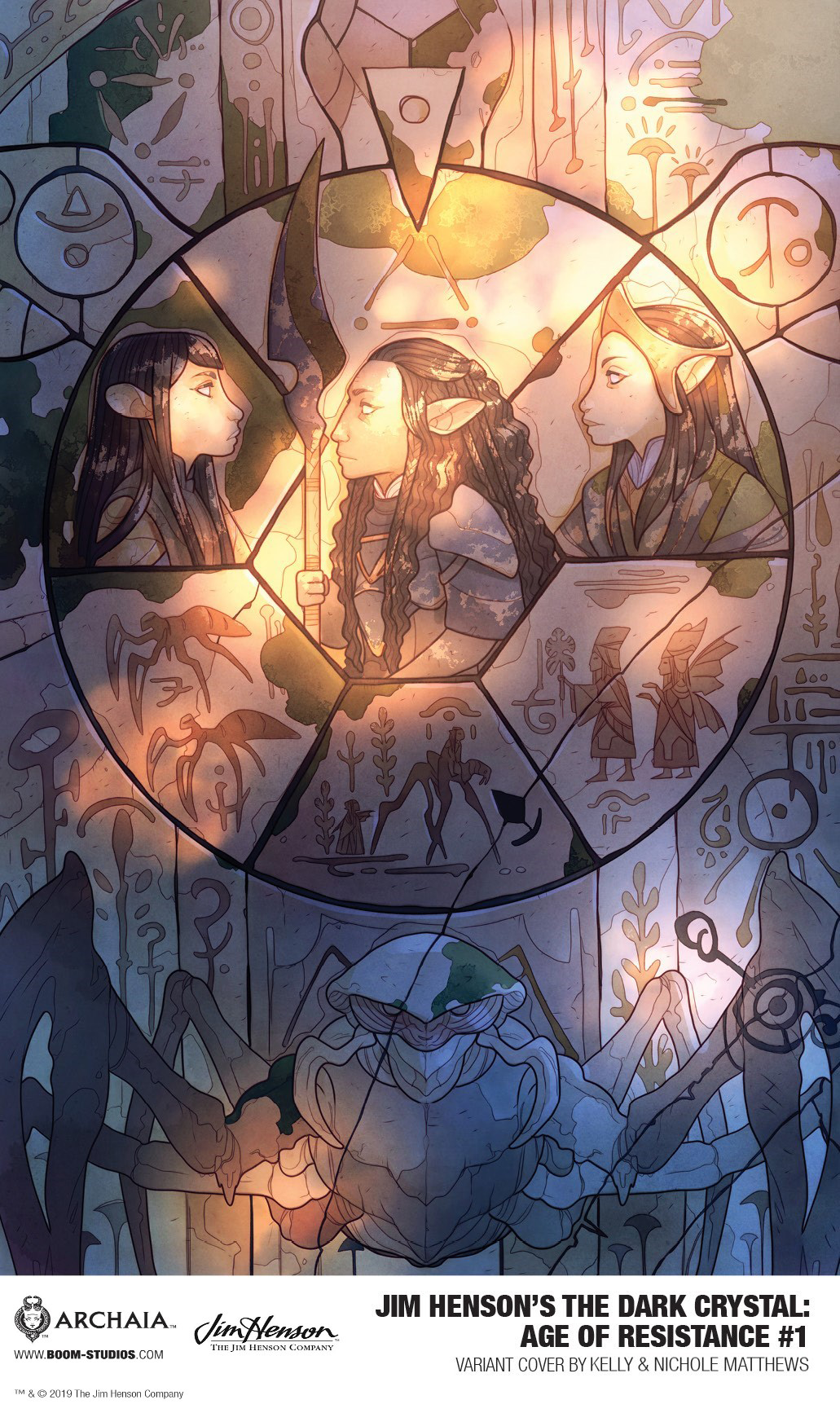 A variant cover for the first issue in the series. (Image: Kelly and Nichole Matthews, Archaia/Boom Studios)

Check out the first look at Basla’s interior artwork from the series below: 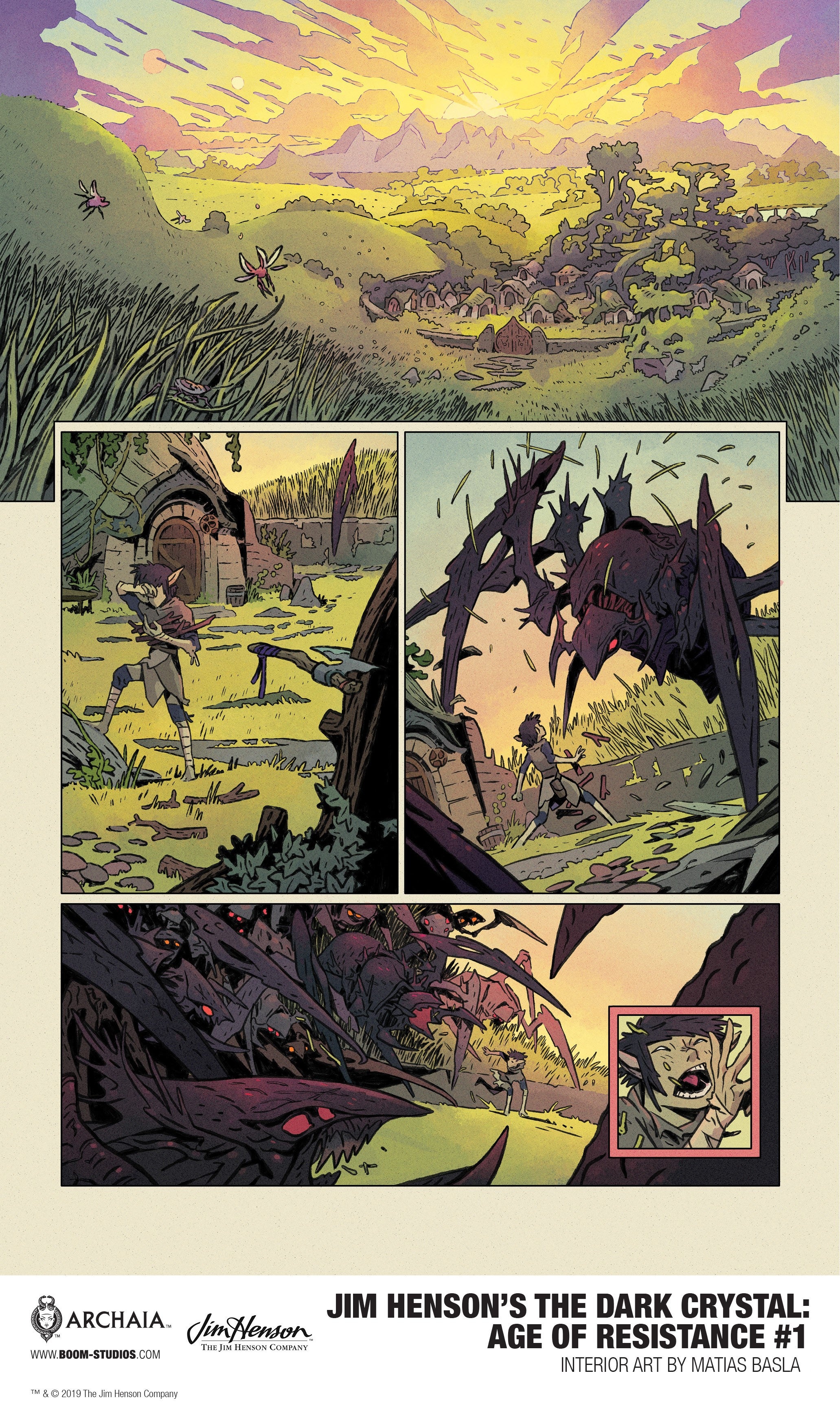 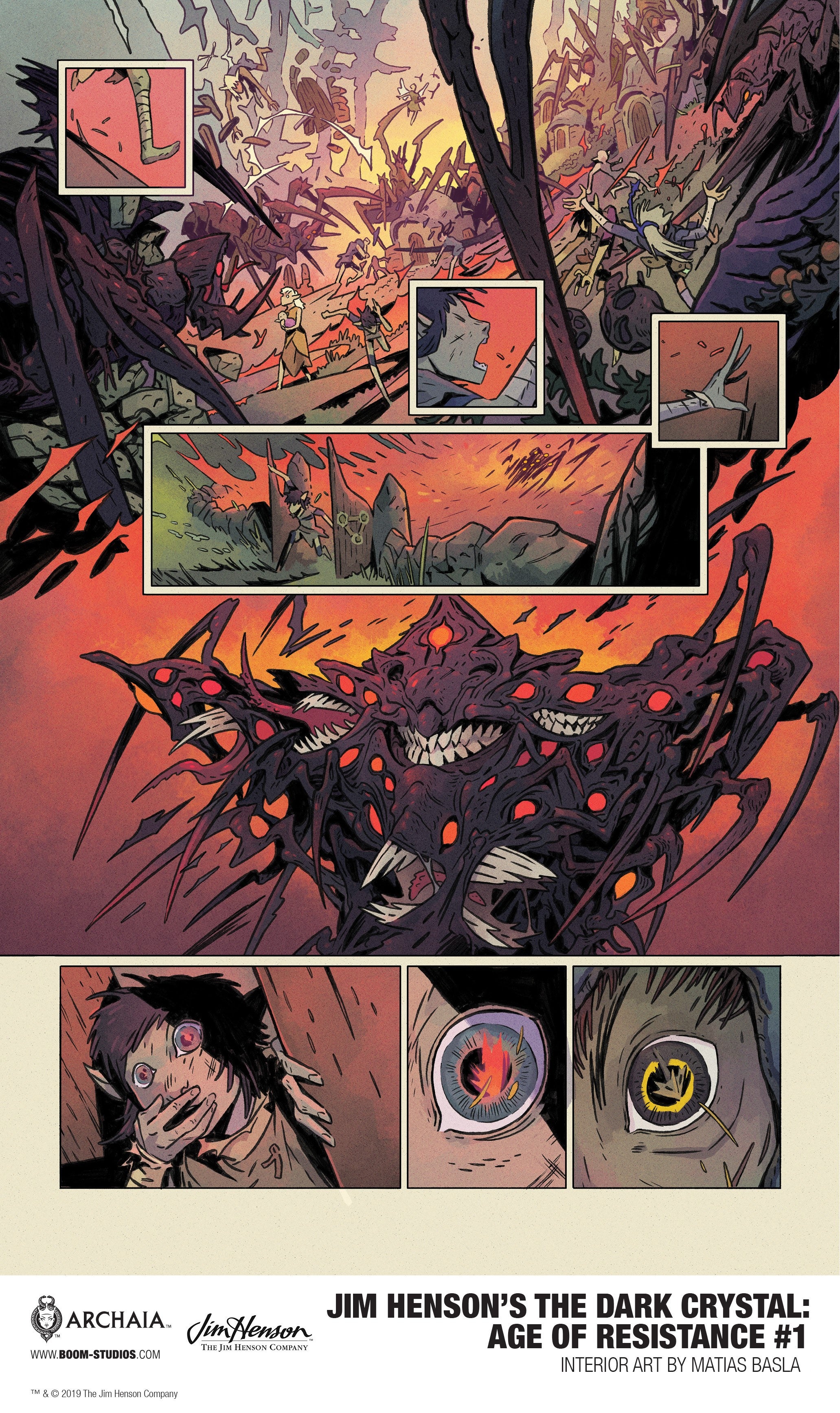 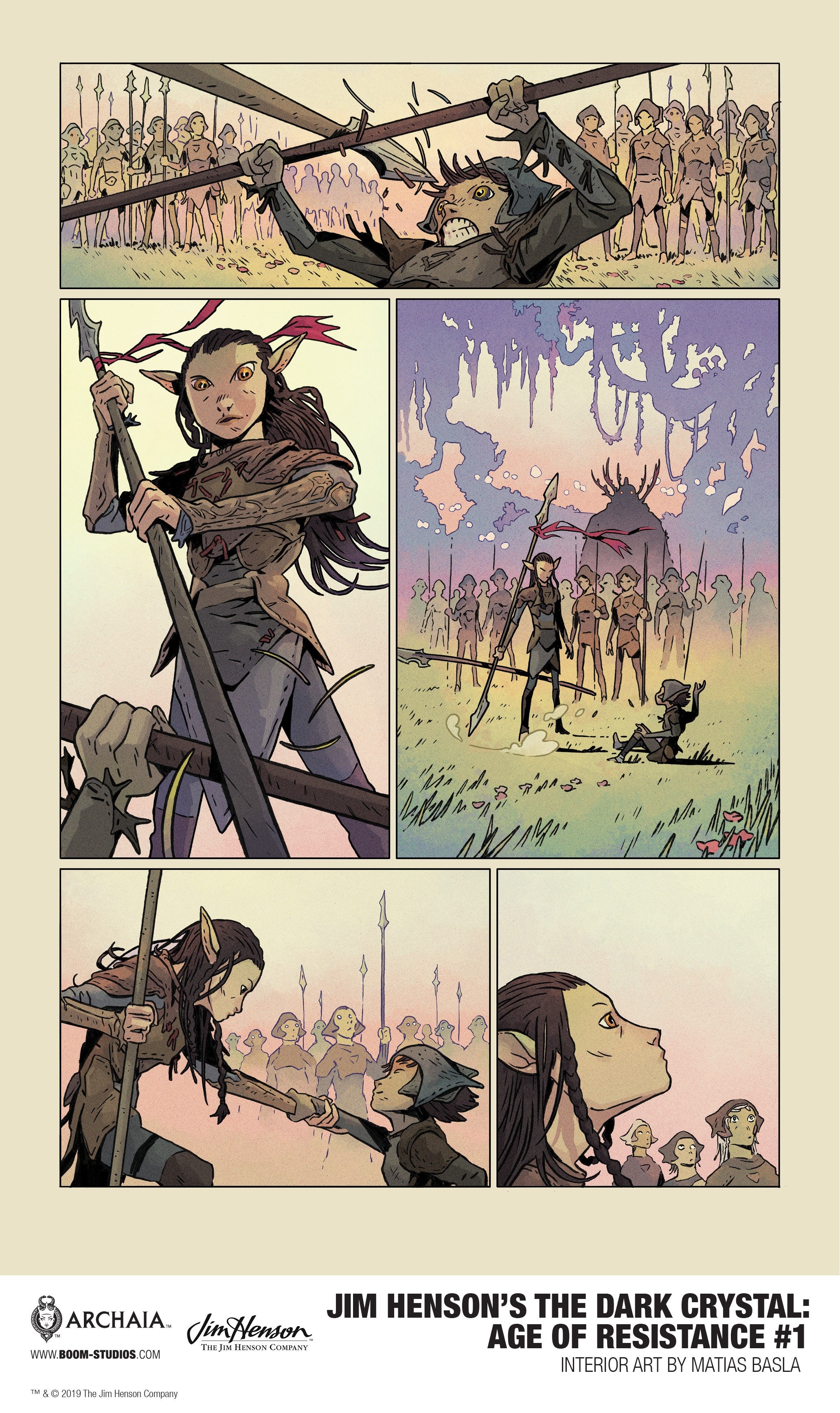 The Dark Crystal: Age of Resistance #1 won’t arrive until after the new show hits Netflix at the end of this month ” it kicks off September 25.

But if you want to do some world-building to catch up before the show while you wait for this comic, Boom also released a handy timeline of where all its other Dark Crystal series fall in Thra’s long timeline, which you can see below. Image: Boom Studios
Share this Story
Get our Newsletter Subscribe
There are no more articles to be viewed