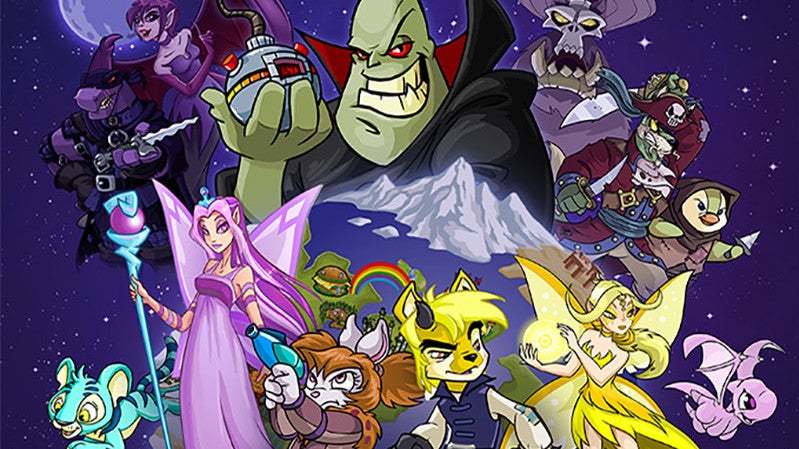 How has Neopets, the once wildly-popular kid-friendly virtual pet website, gone more than two decades without an animated series? It’s had toys, video games—hell, it was owned by Viacom from 2005 to 2014. Whatever the case, current Neopets owner Jumpstart Games has teamed with Beach House Pictures to make a cartoon happen.

Announced yesterday via Twitter and detailed at Kidscreen, the planned animated series is still in the early stages of development, hence the “might” in the headline. Jumpstart and Beach House haven’t nailed down a format or even a style, but they do know they’ll be targeting children from eight to early teens, just like the long-running website.

A Neopets animated series makes a lot of sense. The website has been selling animated characters and accessories since 1999. Characters like that blue cat looking thing and those little dragons have been burrowing their way inside children’s brains for ages, and the service pioneered kid-targeted microtransactions.

The animated series is the latest step in Jumpstart Game’s plan to revitalize the brand. The company purchased Neopets from Viacom in 2014, and has been trying to restore it to its former glory ever since. The closest they’ve come so far is a 2015 incident where the site’s adult filters broke, filling the site’s forums with profanity and lewd images.