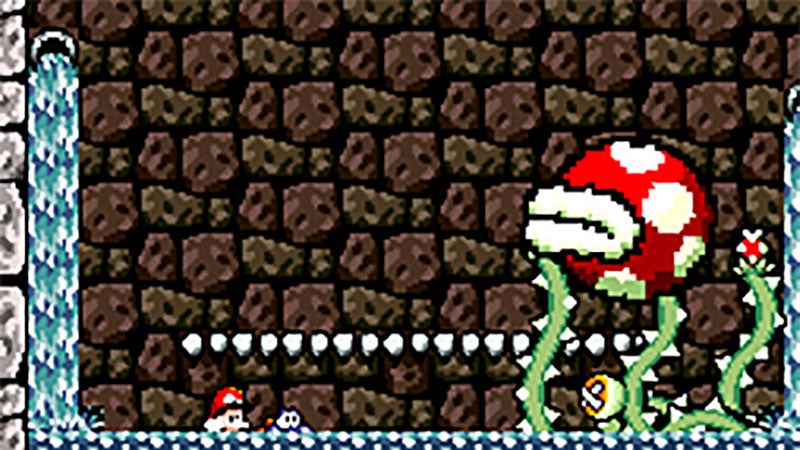 There’s nothing funnier to me than enormous bugs being discovered in very old games, and so we come today to this Yoshi’s Island misadventure shared by the ever-wonderful Supper Mario Broth, which when triggered will simply stop your game for, oh, 25 minutes.

The bug was first documented online (I’m sure someone out there ran into it back in the day) by a speedrunner, jyochem94. Because who better to encounter a 25-minute delay than someone trying to shave milliseconds off their run.

It’s centred around the naval Piranha Plant battle, and only has a chance to trigger if Yoshi is underwater when approaching it. Normally, you’ll walk up, Kamek will arrive, work some magic then you’re fighting a giant plant.

But this bug will infuriatingly trigger the music but not the wizard. And while everything would appear to be locked up, if you waited around for 25 minutes then eventually it’ll get started.

I can’t imagine many kids sitting through that back in the 90s. Then again, imagine the kid who did sit through it, expecting the worst, only to see their game magically return to life. That would have been a good day.