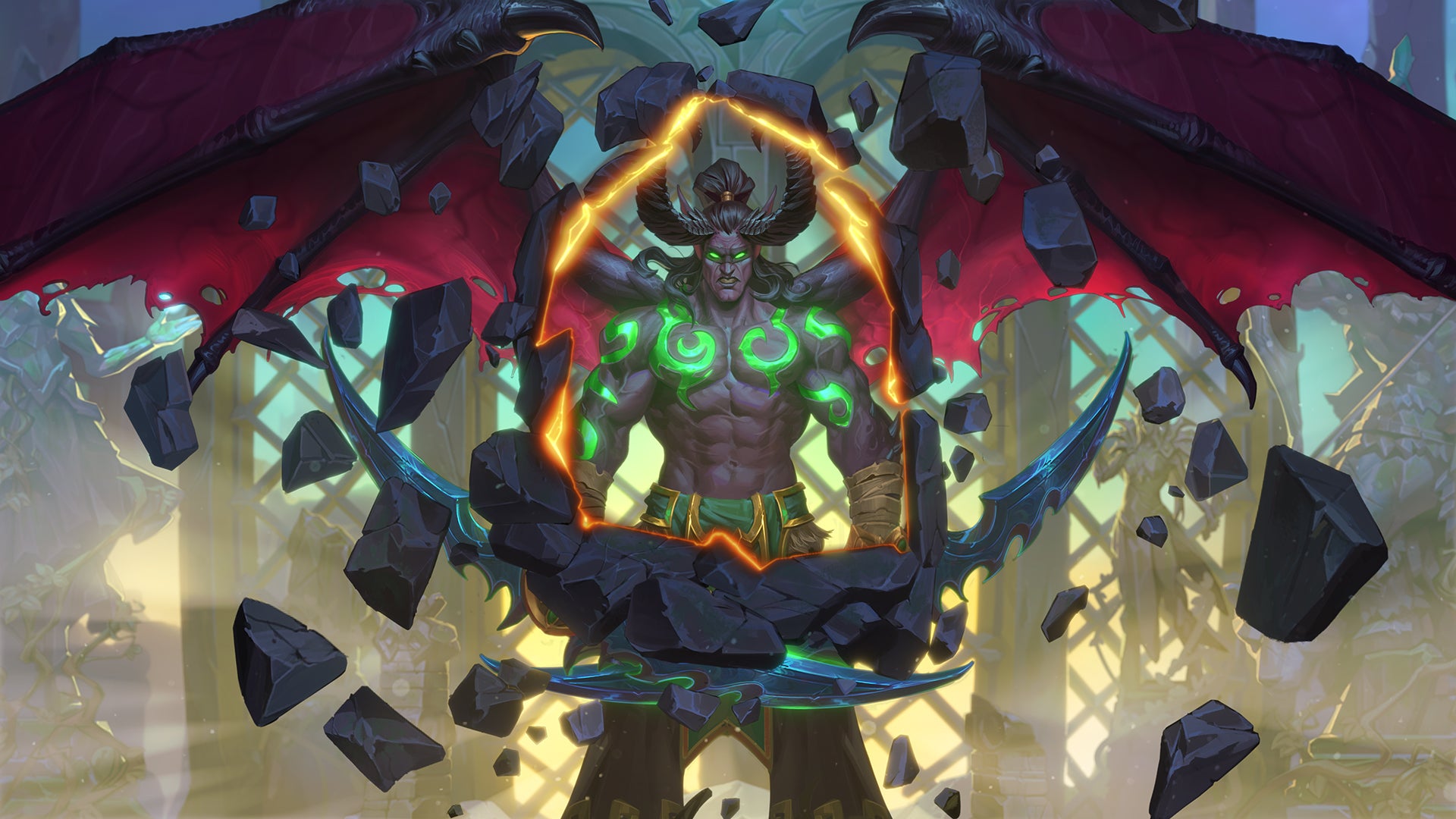 After six years of card-battling Mages, Priests, Shaman, Warriors, Rogues, Hunters, Warlocks, and Paladins, Blizzard’s World of Warcraft-inspired trading card game finally gets some new blood. The Demon Hunter arrives on April 7 as part of the Ashes of Outland expansion.

The first new class added to Hearthstone since its 2014 launch, the Demon Hunter has an “in-your-face” playstyle, according to the official announcement. Illidan Stormrage is the class’ hero character, swiping at his opponents with his claws and blades and summoning massive demons to finish them off.

The Ashes of Outland expansion, launching April 7, sees players travelling to Outland and dealing with yet another demon legion. It’s got new collectible “fel-infused” cards and new game mechanics to fiddle with. The official website has more details.

Hearthstone players hoping for a playable Monk class can continue to suck it.