How To Unlock Saitama In The One Punch Man Game 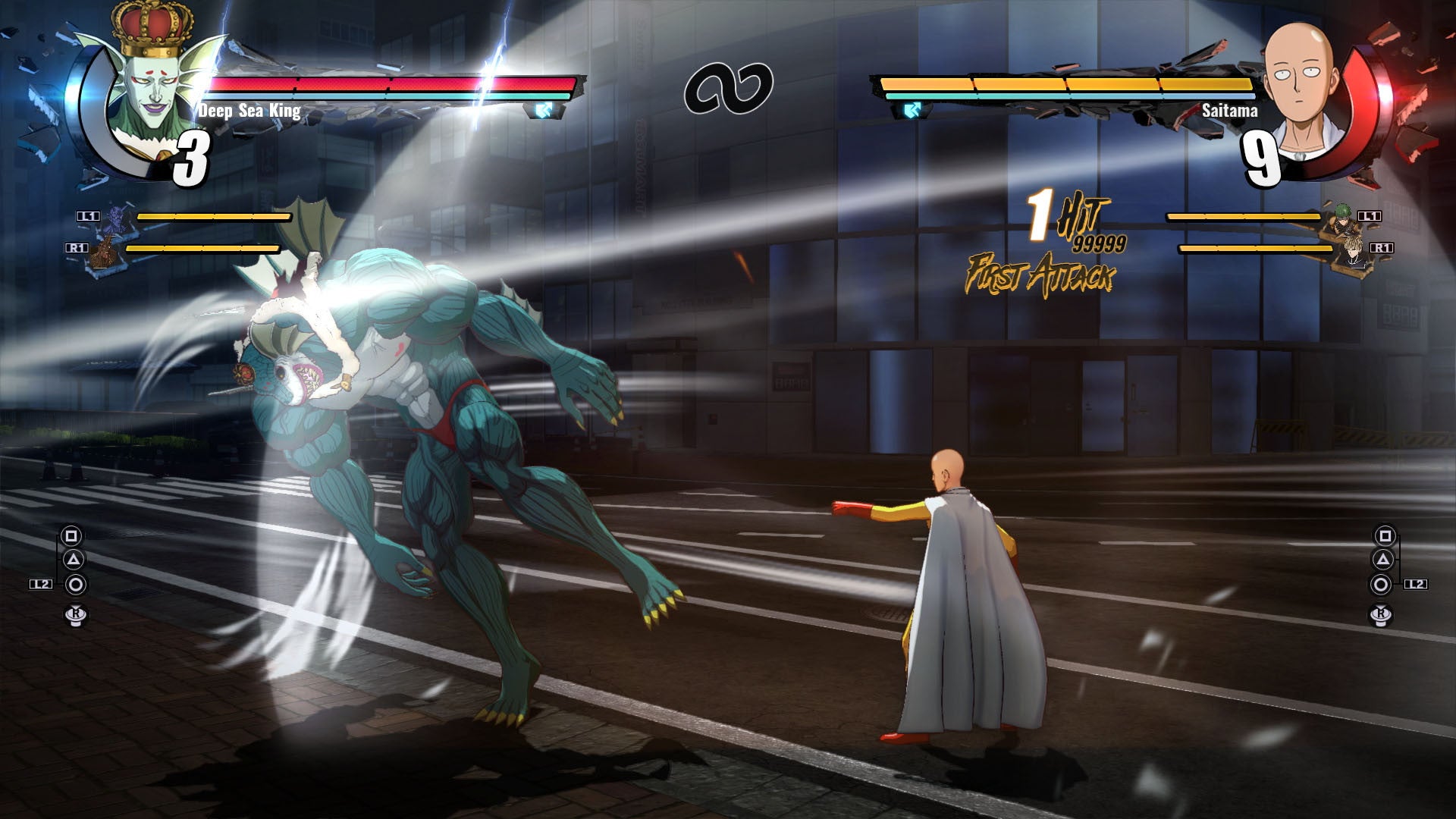 Screenshot: Bandai Namco, Steam
To sign up for our daily newsletter covering the latest news, features and reviews, head HERE. For a running feed of all our stories, follow us on Twitter HERE. Or you can bookmark the Kotaku Australia homepage to visit whenever you need a news fix.

One Punch Man: A Hero Nobody Knows, a fighting game ostensibly about One Punch Man and pals, came out last week for PlayStation 4, Xbox One, and PC. You can play as all manner of fan favourites from the One Punch Man extended universe, including Silverfang, Metal Bat, Tank Top Tiger, and, of course, Mumen Rider. You unlock these characters quickly, but Saitama—One Punch Man himself—isn’t initially available in the game’s free battle mode. And unlocking him is kind of a doozy.

To unlock One Punch Man, you’ll first have to advance your custom character (mine is “Averageman,” for the record) to Class B in the story mode. Start by increasing your Contribution Level to 3000, which you can do by completing side missions at the Association’s branch office. Once you hit 3000, you’ll get an email from the Hero Association, requesting backup. Head to Association HQ and pick up the main story mission “Providing Protection and Performing an Evacuation.”

Fans of the manga and anime will recognise what happens next. You enter an alley and stumble upon Genos, doubled over. He’s up against Mosquito Girl, and on the brink of defeat, having let his guard down. This being a video game, he asks for your help. If you can survive against Mosquito Girl for 30 seconds—she can take you out in a couple hits, if you’re not careful—Saitama will show up and save the day. (In a G-rated deviation from the source material, he’s fully clothed for the entire scene.) 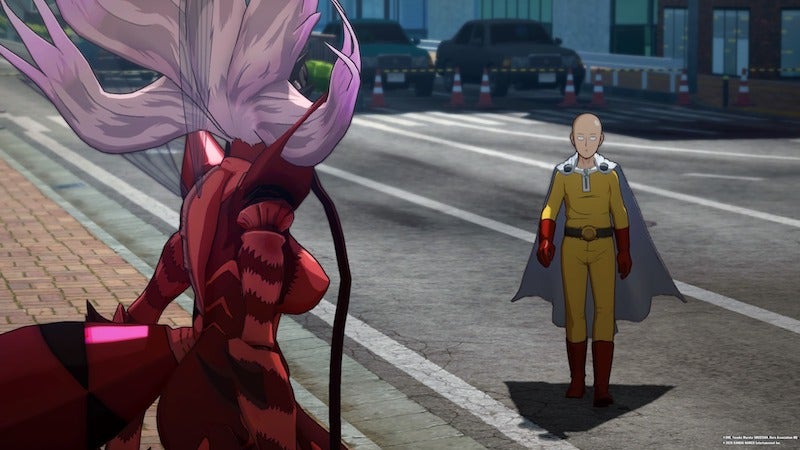 Press L1 to tap Saitama into the fight, then perform one basic attack to instantly win. (In battles, Saitama is invincible and can take out any opponent in one hit.) For your efforts, your character will become a newly-minted Class B hero—but, sorry, you won’t have unlocked One Punch Man just yet.

After attaining Class B, you’ll need to increase your Contribution Level to 4000. Once that happens, you’ll get another email from the Hero Association. From there, go back to the Hero Association HQ and take on the mission “Defeating the Monster That Appeared In Town.” By the time you show up, Genos and Saitama will be standing over a defeated monster. Cutscenes ensue, and then Saitama forces Genos, his disciple, to take on a disciple: you.

Genos’ first task for you is a fight against a baddie called Vicious Monster. Without question, it’s the toughest fight in the game up to that point. If you’re having trouble, just press L1 to swap to Genos. Use his hilariously powerful cyborg-Dragon Ball attacks to get an edge in combat. Victory will unlock the Backstreet Area on the map. 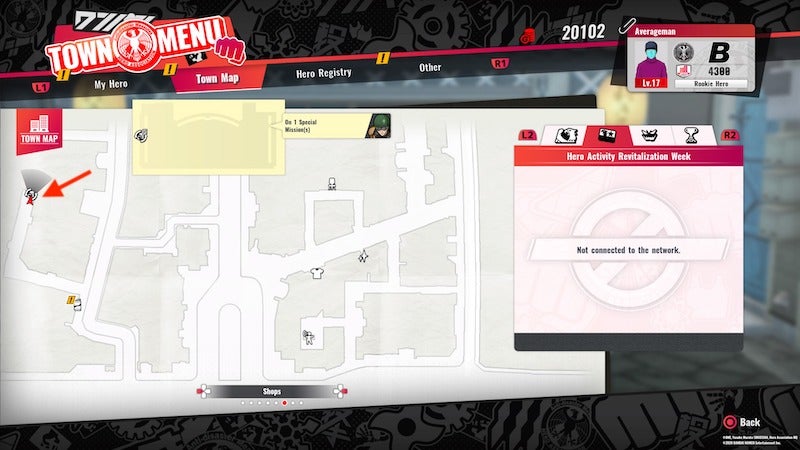 See that arrow? That’s where the Appraiser is. (Screenshot: Bandai Namco, Kotaku)

Start off by visiting the Appraiser. After he thanks you and gives you a gift, you’ll receive another email from the Hero Association asking you to come back to HQ. When you turn around, you’ll be ambushed by Overbearing Monster. Survive for 20 seconds, and Saitama will show up again and take him out in one punch. After that fight, another combatant, Enthusiastic Monster, will show up. For this one, you’re given control of One Punch Man right from the start. You know what to do.

One cutscene later, and… 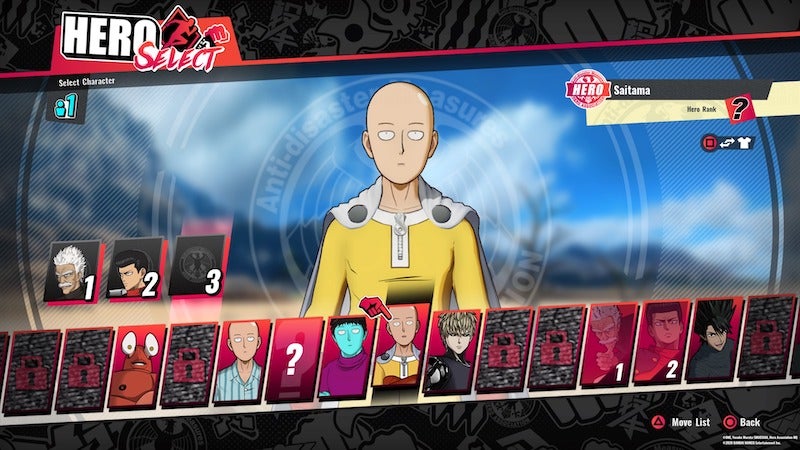 All told, I played about four and a half hours of the story mode in the One Punch Man game before unlocking One Punch Man.