Phantasy Star Online 2’s open beta kicked off on the Xbox One last night. The loot-gathering, monster-bashing multiplayer game originally released in 2012 but never came to the West. How does it feel eight years later? A little clunky but oddly addictive.

Phantasy Star, which started on the Sega Master System in the 1980s, is one of the most prominent and long-lived Japanese role-playing game series. The setting, a colourful mixture of science fiction and magic, has always felt experimental. This was no clearer than with Phantasy Star Online, an oddball online RPG for the Sega Dreamcast. As MMOs worked to establish themselves, Phantasy Star Online led the charge on consoles.

It followed in the footsteps of Diablo, offering a sparse story with evil monsters and a selection of randomly generated maps for levelling and hunting down loot. Phantasy Star Online 2 keeps that format but has more character customisation, side activities like fishing, and an evolving story. When it released in Japan in 2012, it was a success, but Sega was sketchy when it came to a western release. It wasn’t happening, but the answer was never a flat “no.” Fans clamored for years until it was announced at last year’s E3. The Xbox One beta gives those fans what they’ve always wanted, though new players might find the initial experience confusing.

In Phantasy Star Online 2, you play as a member of a space-travelling exploration group called ARKS. Your job is to explore new worlds for habitation and fight off a variety of monsters in the process. There’s an overarching plot with your new partner and a mysterious doctor, but it starts slow.

Over the years, this has expanded into multiple episodes packed with mysterious weapons, hidden identities, and warring territories. There’s even an anime. But that’s not really the hook. The hook is that even today, Phantasy Star Online 2 is extremely playable. It’s a sort of late-night gaming popcorn where you log in, see what missions your friends are running, and hop planet side to see what you can find.

The combat revolves around a few key features including deliciously rhythmic button presses that grant extra damage if you get them right. In any given fight, you’re switching between a “pallet” of weapons for your chosen—for me this means an exciting shift between long-range bow shooting and speedy katana slicing—while also juggling special abilities. You might end up playing as a “Bouncer” who speeds along on jet-boots or a summoner with cute monster pets. There’s a little bit of everything, and it’s genuinely surprised me how addictive it is to rush out into the field and tackle different bosses.

But in the moments where the interface slows down action in the field, Phantasy Star Online 2 shows its age. It’s an enjoyable experience, but there’s been years of streamlining in other games like World of Warcraft. MMO fans curious to see what the fuss is about might find themselves gritting their teeth in occasional frustration.

Phantasy Star Online 2’s inventory space is pretty limited, at least when it comes to carrying items on your person. It’s possible to send items right to storage or discard them whenever you want, but more often than not, you’ll try to pick up new loot or skill-granting discs only to realise that your pockets are stuffed with 90 different swords.

This means hopping into the inventory screen to sort through what you want and what you think is ok to chuck. The problem can be mitigated with some expanded inventory tickets from an in-game store, but you’re still picking up tons of loot per run. Even after spending a little more time between missions to prepare, there’s always the risk of over-clogged menus. It can bring exploration to a screeching halt. 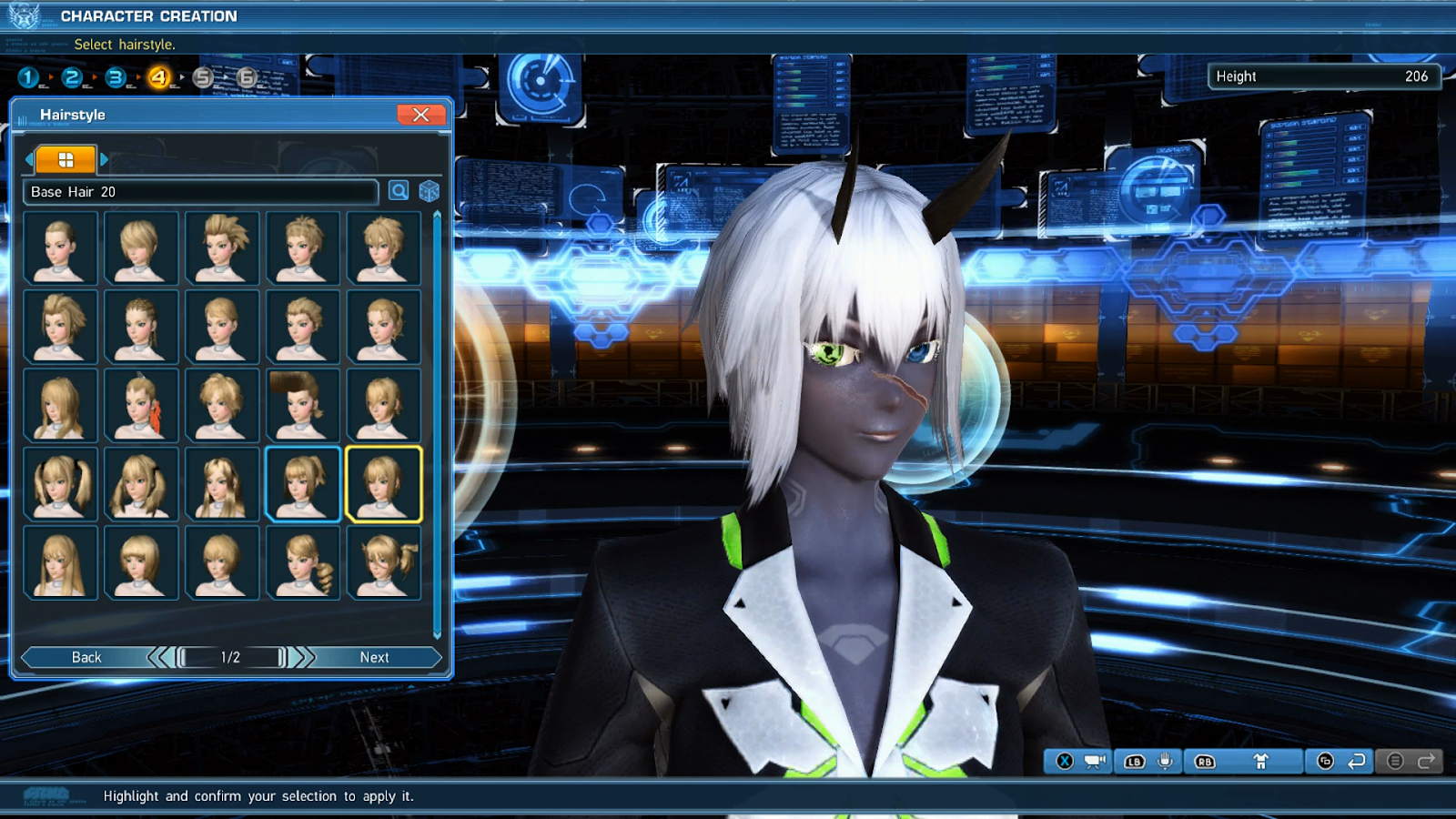 This is the type of online game that’s really about what you bring to it instead of whatever bells and whistle it can offer you. Hop in, embrace some of the strangeness, and party up with your friends. You’ll have a good time wearing Sonic the Hedgehog ears while competing in a space race, fishing, or facing a new monster.