Why Are There So Many Surveillance Cameras In Animal Crossing: New Horizons 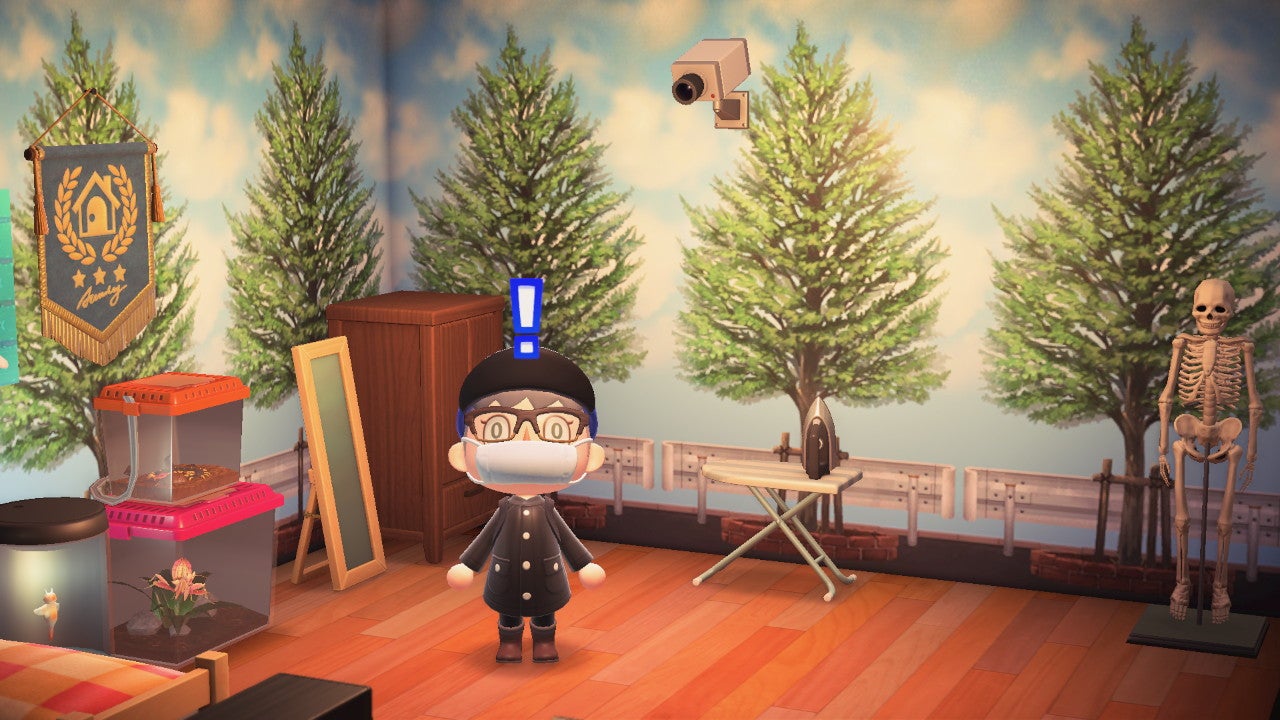 A huge part of the fun in Animal Crossing is hunting down the perfect items to furnish your home. But things have taken an unsettling turn in New Horizons as several players have started to find creepy items in the trees around their islands.

When I first started playing Animal Crossing: New Horizons a few weeks ago, I quickly came across two specific furniture items while shaking trees for sticks: a surveillance camera and a model of a human skeleton. I didn’t really think much of it at first; Animal Crossing has always included a wide array of items, some of which with creepy connotations like headstones and piles of bones. That changed, however, when more people got their hands on the game and started to share the same experience.

In the days since Animal Crossing: New Horizons released, social media has been inundated with bemused posts about players finding surveillance cameras and skeleton models on their islands. The game asks you early on to give your trees a nice shake to find branches for crafting, which often results in these two specific items floating down from the foliage. Why are these items here and what are the odds of so many people finding them in the same way?

The amount of furniture in the Animal Crossing series varies from game to game. While less expansive than some of its predecessors, New Horizons reportedly features over 800 items with which to decorate. And since the processes by which players obtain these items—such as shaking trees—is often randomised, there’s no telling what you’re going to find next.

It’s got to be more than a coincidence that so many Animal Crossing: New Horizons players are finding surveillance cameras in their trees. Maybe the developers decided to have a little fun with us, seeing as shaking trees is such an important part of the early game? It also raises some questions as to Tom Nook’s goals in bringing players to a deserted island. His morals as a landlord are a popular discussion topic, but is he setting up some sort of reality show without our knowledge?

I’m not saying you should bring this up to Nook directly—who knows what he’ll do if he finds out you’re suspicious—but keep an eye on that tanuki in the coming weeks. He can’t keep up this charade forever.