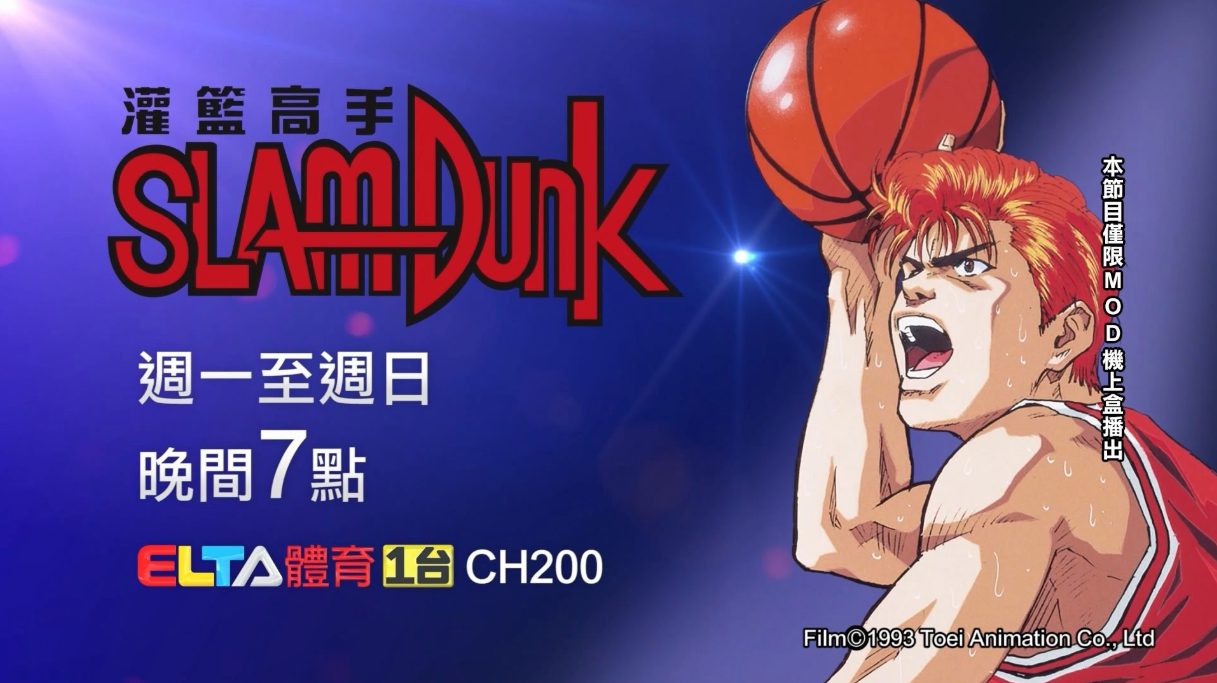 Image: Toei Animation, <a href="https://www.facebook.com/ELTASPORTS/photos/a.210367989147399/1377426672441519/?type=3&theater">愛爾達體育家族</a>
To sign up for our daily newsletter covering the latest news, features and reviews, head HERE. For a running feed of all our stories, follow us on Twitter HERE. Or you can bookmark the Kotaku Australia homepage to visit whenever you need a news fix.

Last week, the NBA decided to suspend the season after a player tested positive for the novel coronavirus. That means that fans will have to wait until the season resumes to watch the season. One sports network in Taiwan came up with an excellent way to satisfy viewers hungry for basketball: the anime Slam Dunk.

Originally airing 1993 and 1996, Slam Dunk followed the saga of an underdog high school team was based on the manga of the best-selling manga of the same name.

Creator Takehiko Inoue, a diehard basketball fan, was heavily influenced by NBA players of the 1980s and 1990s. His love of the sport shines through in the manga and the anime adaptation.

Due to the cancellation of lots of sports by the #coronavirus, the major sports tv channel ELTA in #Taiwan decides to provide #Slamdunk every day during the prime time at 7pm… the most famous basketball anime in my childhood.
Official announcement: https://t.co/s7myAUwDNH pic.twitter.com/XtlYS8PpWI

What an excellent way to satisfy basketball fans and introduce a new generation to Slam Dunk.