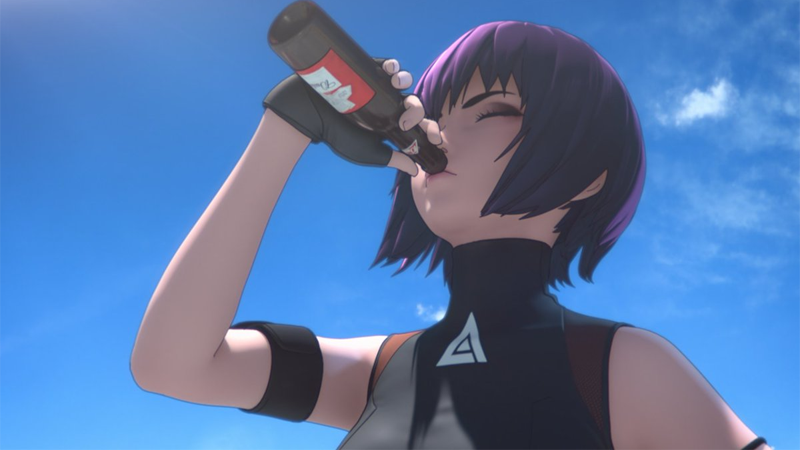 Last week, Netflix finally dropped its cyberpunk movie icon. With the story over for now, here’s what worked for us in the first season…and, well, mostly what didn’t.

In a bit of a twist from our usual Netflix season breakdowns, we’re going to start with what we didn’t like about Ghost in the Shell: SAC_2045 before diving into what we did like. So, get ready to jack in and talk Matoko Kusanagi’s latest adventure… 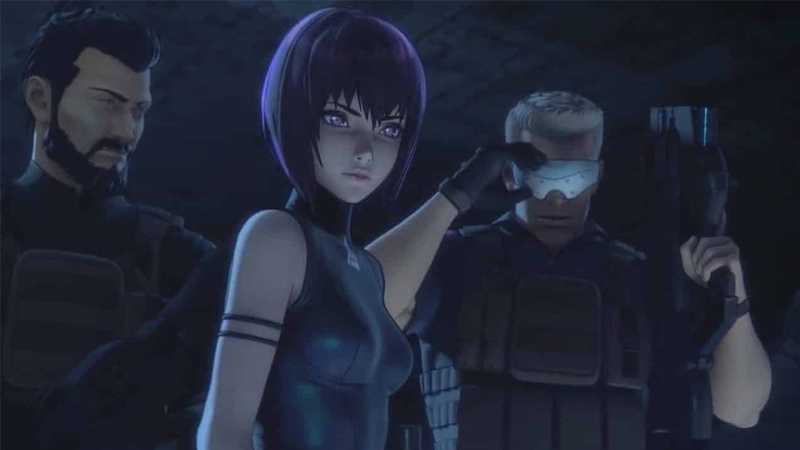 That It Looks Miserable

Look: There’s no beating around the bush here. SAC_2045 does no favours in the slightest to 3D computer graphics as a medium, and in fact, might be the latest example of why people instantly turn their nose up when they hear that an anime will feature 3DCG elements. From discordant, incoherent action, and weirdly stilted conversational moments, to meme-worthy scenes of absurdly dodgy-looking explorations of even an enhanced human being’s physical limits, SAC_2045 trips up from the get-go and never recovers to make a case for its aesthetic.

It’s not just from an animation standpoint that SAC_2045 is visually off-putting”although the wild swings between action that is framed too messily with quieter scenes that feel like statues talking at each other definitely lend to that feeling. From a design standpoint, SAC_2045 just feels empty. The action of the first half of the season takes place in a war-torn, post-apocalyptic U.S. (more on that shortly), and looks bland with empty buildings, lifeless deserts, and somehow equally lifeless settlements scattered throughout. When the action does return to Japan, it at least feels a little more in line with the neon-tinged future-noir you would hope Ghost in the Shell could evoke, but feels less like it’s building on that style and more just halfheartedly echoing it. For a franchise so profoundly influential in its look and feel, to see its characters and a version of its world so hollowly rendered here is what really stings more than any of the in-the-moment-WTFery of backflipping naked robo-people.

What makes it really a shame is that there are pretty solid 3D efforts out there on Netflix already; the Ultraman show, bizarrely enough also produced by Production I.G. and Sola Digital Arts (who worked on 2045), is an example of this kind of action anime done much, much better. And beyond that, the original Stand Alone Complex TV show was a great pioneer in blending 3D and traditional animation to create something that felt like an interesting hybridisation of technologies that, while not perfect, at least felt very in line thematically with Ghost in the Shell‘s aesthetic and iconography. This? It’s just lifeless and artificial, and not just because a bunch of the characters happen to be cyborgs. 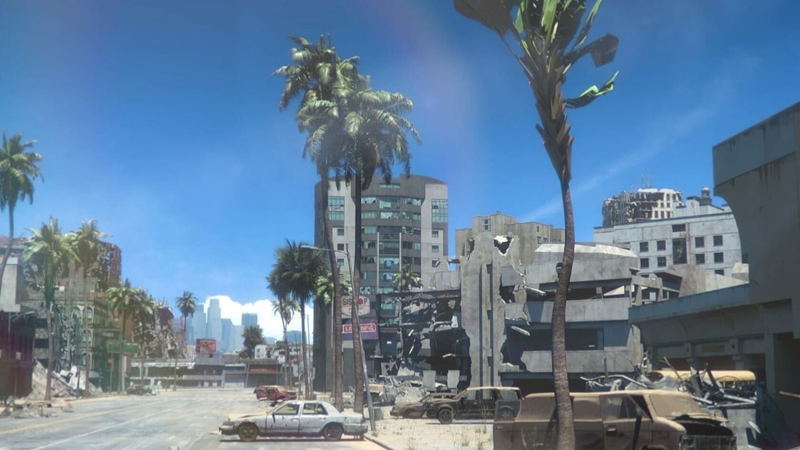 A California as desolate as what SAC_2045 has to say about it is empty. (Image: Netflix)

That It Couldn’t Do Its Grander Ideas Justice

Although that incoherently directed, questionable 3D animation makes its opening episode a really tough pill to swallow, from the get-go SAC_2045 makes a gutsy decision that, at first, might feel like the spark of life this show needs (and that it’s definitely not providing visually). As the title implies, the series is set in the year 2045″roughly a decade after the events of the Stand Alone Complex movie Solid State Society, the last entry in this particular branch of the universe (give or take one highly questionable free-to-play shooter game). It’s a world radically different from where we left Matoko Kusanagi: Section 9 has been disbanded, and she, alongside Batou, Saito, and Ishikawa, have left Japan to form GHOST, a mercenary group operating in the ashes of America.

It turns out in the time since Solid State Society, economic calamity struck the world. In an event called the Simultaneous Global Default, which completely erased the value of all physical and digital currency in an instant, society collapsed. Now the “Big Four” power blocs of the world attempt to keep that going through an artificially manipulated, never-ending war economy in a concept explained as “Sustainable War.” It’s a fascinating, if familiar, sci-fi concept and Ghost in the Shell feels perfectly suited to tackle the ideas of economic class division and military-industrial complexes through the lens of its cybernetic future, with humanity literally selling parts of itself to be immersed into technology.

But while it sets up this world and these concepts with a ton of promise, 2045 doesn’t really do anything beyond that. The script almost feels like if characters say the phrases “Sustainable War” and “Global Default” often enough, they might actually bore into your skull with some kind of meaning. It doesn’t help that the initial establishing premise of the series is that our former Section 9 heroes are literally working as mercenaries for people who call themselves the One Percenters, fighting rebellious, angry citizens attempting to usurp their control of this new post-economy apocalypse. Don’t worry, one of these One Percenters eventually turns out to be the bad guy”and oh my god, his name is Patrick Huge“but even the reveal that there are wider insidious forces at play here in both the Japanese and U.S. ruling orders isn’t enough to lend any sort of dramatic weight about what 2045 sets up before it quickly moves on to a much more direct threat for Section 9. 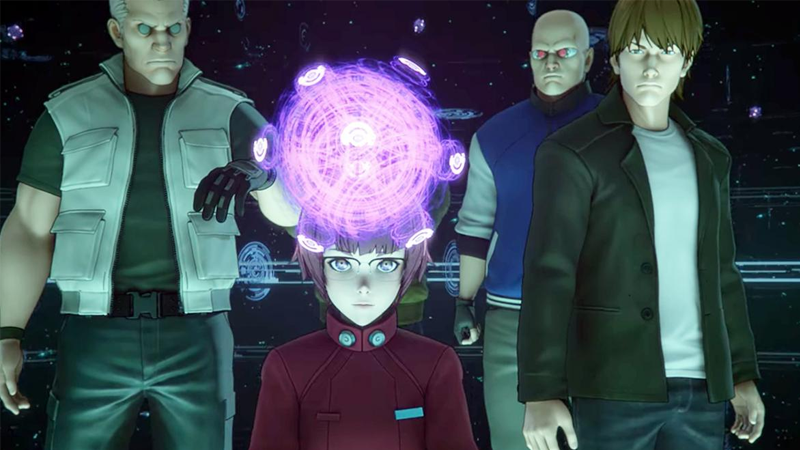 Section 9 tries to get back in action to take on the Post Humans. (Image: Netflix)

That It Feels Both Overstuffed and Underfilled

What all this ultimately means is that SAC_2045 never really feels like it comes together with anything coherent to say. It casts way too shallow a read on concepts like the war economy and the cruelty of capitalism in its first half that it’s hard to tell if it’s really meant to have any kind of tooth to them, beyond acknowledging the concepts that exist in this future-version of Stand Alone Complex‘s world. And that’s before you get to the fact that the show abruptly changes tack halfway through, abandoning both its surprising setting and these questions almost altogether (including a bunch of characters in the process, like the American addition to Batou and the Major’s merc unit, Standard).

It does so to tackle a second arc, revolving around a conspiracy uncovered by the former head of Section 9, Aramaki, who alongside Togusa, begins to make plans to bring the Major and her former colleagues back home. The Think Pol surveillance app”plus its cryptic architect and the ultra-powerful, dangerous Post Humans made when infected by it”is, at the very least, an idea 2045 is much more invested in. But all that earlier setup about Sustainable War and the complete reset of the global economy means that, in spite of that interest, it doesn’t get the time it deserves to really shine. That’s even considering it’s the part of the season that begins to feel more tonally and traditionally in line with what you would expect out of a continuation of Stand Alone Complex. Everything comes together in the final episodes in such a rushed manner, only to set up an intriguing cliffhanger, but in doing so it just creates a sense of storytelling chaos.Â What 2045 wants to be never really makes itself clear. 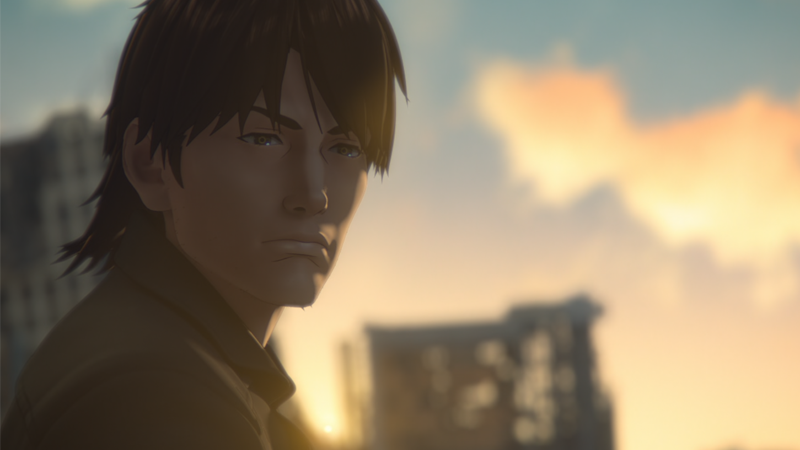 Here’s maybe the most frustrating thing about SAC_2045 though. There are fleeting moments where the ideas this series contemplates feel like if they were given a bit more focus, a bit more polish, they could turn into something more akin to its predecessors in both the Stand Alone Complex subseries and Ghost in the Shell at large. A more finely tuned balance between the post-humanist cerebral noir of the original world of the manga and Mamoru Oishii‘s groundbreaking adaptation, and the more visceral conflict action of Stand Alone Complex, could have been hadÂ here with a little more time in the oven.

It’s interesting to the point of disappointing that the economic and literal post-apocalypse of war-driven America is dropped almost entirely by the time the season is half over. But it’s only when the back half begins diving into the creepy threat of the Post Humans”and the mind-jacking, 1984-inspired app nightmare that new villain Takashi Shimamura has inadvertently made in his plans to avoid a surveillance state future”that it begins to feel like 2045 has begun to pin down what it really wants to engage with.

When it begins to interweave that with the arc of Togusa, who spends much of the season literally and emotionally distant from his former Section 9 colleagues and ultimately, after discovering Shimamura’s reasoning, decides to join him, even more so. These nuggets of ideas, alongside the fact that the core characters of the show feel like solid continuations of at least where they were at after Solid State Society means that, if you can stomach the questionable visuals, there is a smidgen of something there to build on, and that not all is lost.

It just…doesn’t get there yet. The episodes peter out with what feels like a cliffhanger for the sake of a cliffhanger rather than because there was a natural pause to this narrative. Maybe the second season”or rather, the next batch of 12 episodes being held as a second season”now that it’s set up Togusa’s arc as a potential antagonistic foil to the Major and her friends, could have the time to build on both the personal stakes established in this late-game twist and the wider geopolitical foibles of the world 2045 builds up and then promptly finds itself disinterested in.

Whether it’s worth investing in now in the hope that it does so? We’ll have to wait and see. Ghost in the Shell: SAC_2045 is currently streaming on Netflix.