Ghost In The Shell: SAC_2045 Is A Middling Return To A Classic Series

Netflix and Production I.G recently debuted the first season of Ghost in the Shell: SAC_2045, and after a couple viewings (once in Japanese and once in English), I sure do have some opinions about it.

This anime is the franchise’s first instalment since 2017’s disappointing live-action film and the first animated release series since 2013’s Ghost in the Shell Arise OVAs. But unlike the two previous entries, SAC_2045 is not another reboot of the cyberpunk property but a return to one of its most beloved canons.

Directed by Kenji Kamiyama and Shinji Aramaki, the team behind the streaming platform’s ongoing Ultraman series, as well as Adult Swim and Crunchyroll’s upcoming anime Blade Runner: Black Lotus, the new series once again centres on the near-future exploits of genius hacker/cyborg soldier Major Motoko Kusanagi and follows her work as the field leader of Public Security Section 9, an elite task force specializing in cybercrime operating as part of Japan’s Ministry of Internal Affairs.

Of the five Ghost in the Shell continuities, SAC_2045 lives on the timeline of the critically acclaimed Ghost in the Shell: Stand Alone Complex series (the other continuities being the manga, the 1995 film, Arise, and the one with the white lady). Originally airing in 2002, Stand Alone Complex was Ghost in the Shell’s first animated series and existed as a tonal medium between the series’ pre-existing properties, with the introspection of Mamoru Oshii’s groundbreaking 1995 film and the wit of Masamune Shirow’s original manga. Plus, it is the only continuity to feature Section 9’s very own adorable genius spider-tank babies, the Tachikoma!

Late-night Adult Swim syndication of the original Stand Alone Complex anime served as my introduction to the franchise. Having now consumed almost all of its manifold incarnations, it remains my favourite iteration of the universe to this day, as well as one of my favourite shows. While Oshii’s now-classic film is considered an apex for anime as an art form, SAC takes a more detailed look at the world in which these stories exist. The series format allowed Kamiyama (who also served as lead writer and director on the two original seasons) to tell more tonally diverse stories, explore different genres, and get to know the Major and Section 9 a lot better than possible through a single film. Yes, they were capable of waxing existential, but there was also a lot of charm and warmth in how these characters interacted with each other and the technologically advanced world they lived in.

With this series continuation helmed by the same mind behind its predecessor, along with the return of Stand Alone Complex’s entire original casts (both for the original Japanese and the English dub), SAC_2045 had me optimistic for the franchise to return to its former glory. Instead, I’ve so far found the series mostly uninspired and confused, with occasional moments of excellence.

SAC_2045 is so named for taking place in the year 2045, 15 years after the Stand Alone continuity began. Section 9 disbanded, and its members went their separate ways. The Major, Batou, and other select members of Section 9 reformed as GHOST, a mercenary squad working for a private military organisation in Southern California. Former section chief Aramaki has maintained a job in Japan’s Interior Ministry. Ditched by Batou and the Major, Togusa got divorced and works as a rent-a-cop, but still rocks the hell out of a casual mullet.

The Ghost in the Shell world went through changes as well, though they manifest mainly as new terms and concepts that you’ll hear repeated throughout the season. In 2042 four major nations, led by the American Empire, initiated a model of war-as-industry or “sustainable war” to bolster their national economies. In 2044 an event known as the Global Simultaneous Default desolated the world economy, rendering all currency, both paper and digital, utterly worthless. The so-called sustainable war collapsed, leading to riots, terrorism, and civil wars in many countries.

Stand Alone Complex has always tried to show our current society through the lens of a world a bit more technologically advanced than our own. With the first season’s Laughing Man case the series looked at the dangers of mass misinformation in the internet age. The second season’s key conflict, revolving around a terrorist group known as the Individual Eleven, was series writer Dai Satō’s way to express “the irresponsibility of the Japanese people” for electing officials who pushed for their nation’s involvement in the Iraq War.

The problem is that SAC_2045 can’t seem to do narrative justice to the grander concepts it keeps presenting. While the series tries to address capitalism’s great economic disparities and address war for profit, we find our investigators-turned-mercs working on behalf of “One-Percenters” to suppress violent, impoverished citizens being supplied high-tech heavy weaponry by a mysterious benefactor known as “The Good One-Percenter.” It’s as muddled as it sounds.

The first half of the season takes place mainly in America and all of it plays just as broadly. The Major and her team fight a bunch of guerrillas dressed in football uniforms who call themselves the Raiders. The Major’s team gets a new member in a Black American cyborg called Standard, whose sole reason for existing in the story seems to be failing and getting clowned on (they literally nickname him “Clown”). A character working for the American government who looks exactly like Hugo Weaving as Agent Smith in The Matrix is named John Smith. An oft-mentioned character goes by the name of Patrick Huge. His wife is Mrs. Huge. It’s a lot.

The dub for Ghost in the Shell SAC_2045 came out this weekend and it's the same as the original cast...im compiling a montage of every time a character says the name "Patrick Huge"

The wartime setting creates ample room for the series to go heavy on the action sequences, with some that are impressive, lots that are passable, and one moment that is truly absurd. But even in its best moments the combat lacks the capacity for poignancy so vital to the original. For example, the original series’ second episode was about the entirety of Section 9 struggling to stop a scientist who put his brain in a mecha tank so he could kill the parents who denied him a better quality of life for religious reasons. Here, the Major and Batou are just punching and shooting the hell out of some football players, gynoid maids, and robot ninjas. It’s somewhat entertaining but visually and emotionally unstimulating.

Prior to release, SAC_2045 drew ire from fans for the switch from Stand Alone Complex’s hand-drawn style to the same 3DCG animation the co-directors used on Ultraman. I may be in the minority when I say that the computer graphics didn’t detract much from my viewing experience, or at least they stopped bothering me after about half an episode. Ilya Kuvshinov’s character designs do a serviceable job replicating the 2002 anime’s iconic style (although I will say the texture of Aramaki’s face betrays an unsettling smoothness not dissimilar to that of a VixSkin dildo). The series’ real visual shortcoming is in how placid and sparse each frame looks, and how the shots generally tend to lack any dynamism.

SAC_2045 is very much a story about getting the figurative band back together, but that process unfortunately takes far too long, leaving little room for the frequent standalone episodes that made the original what it was. Pacing and tone are consistent issues for the series, with the main plot of the season—a mysterious new form of life known as “Post-Humans” have begun to appear around the world, and pose a great threat to mankind—taking half the season to be revealed, and the full reformation of Section 9 taking even longer. 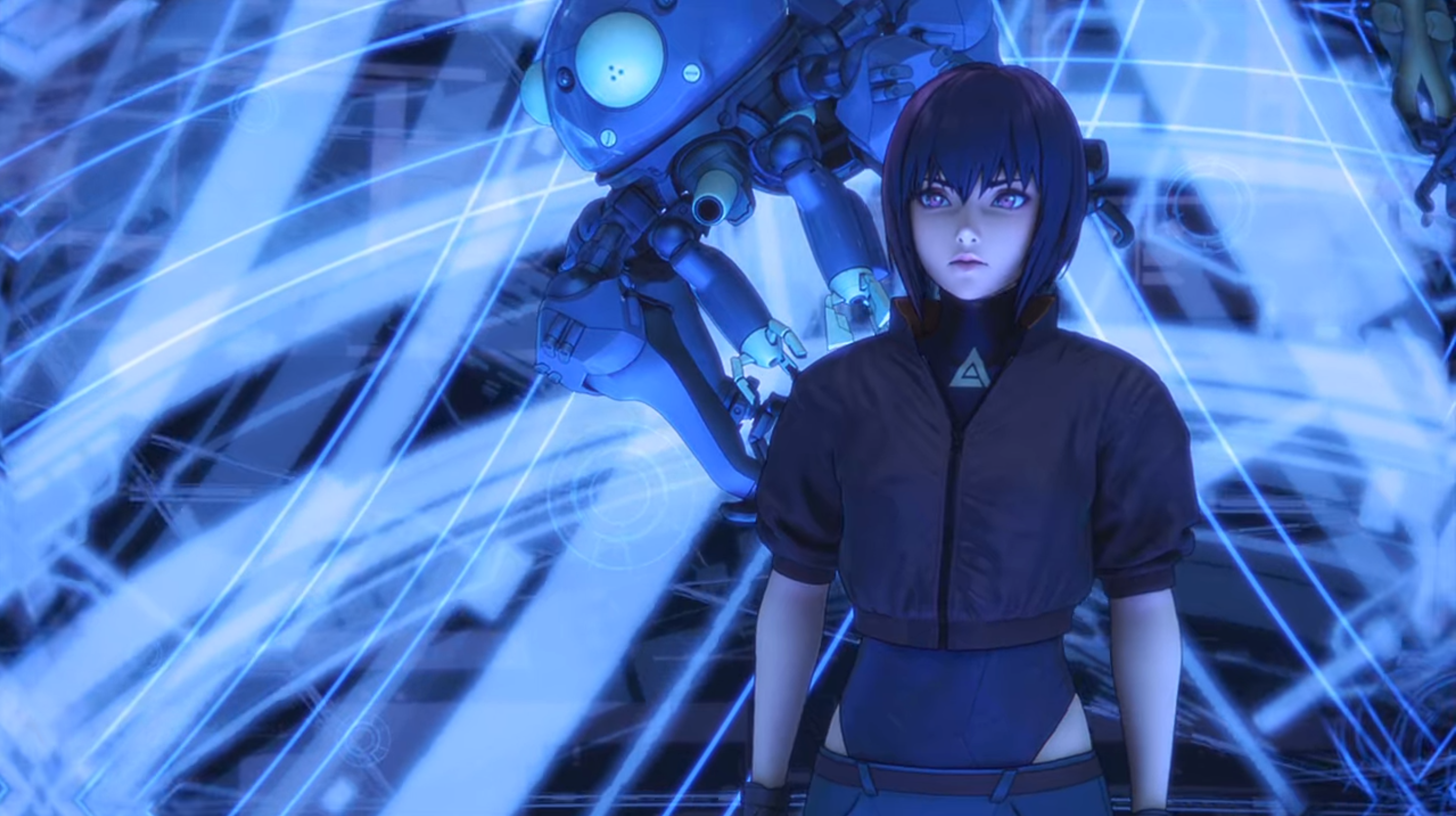 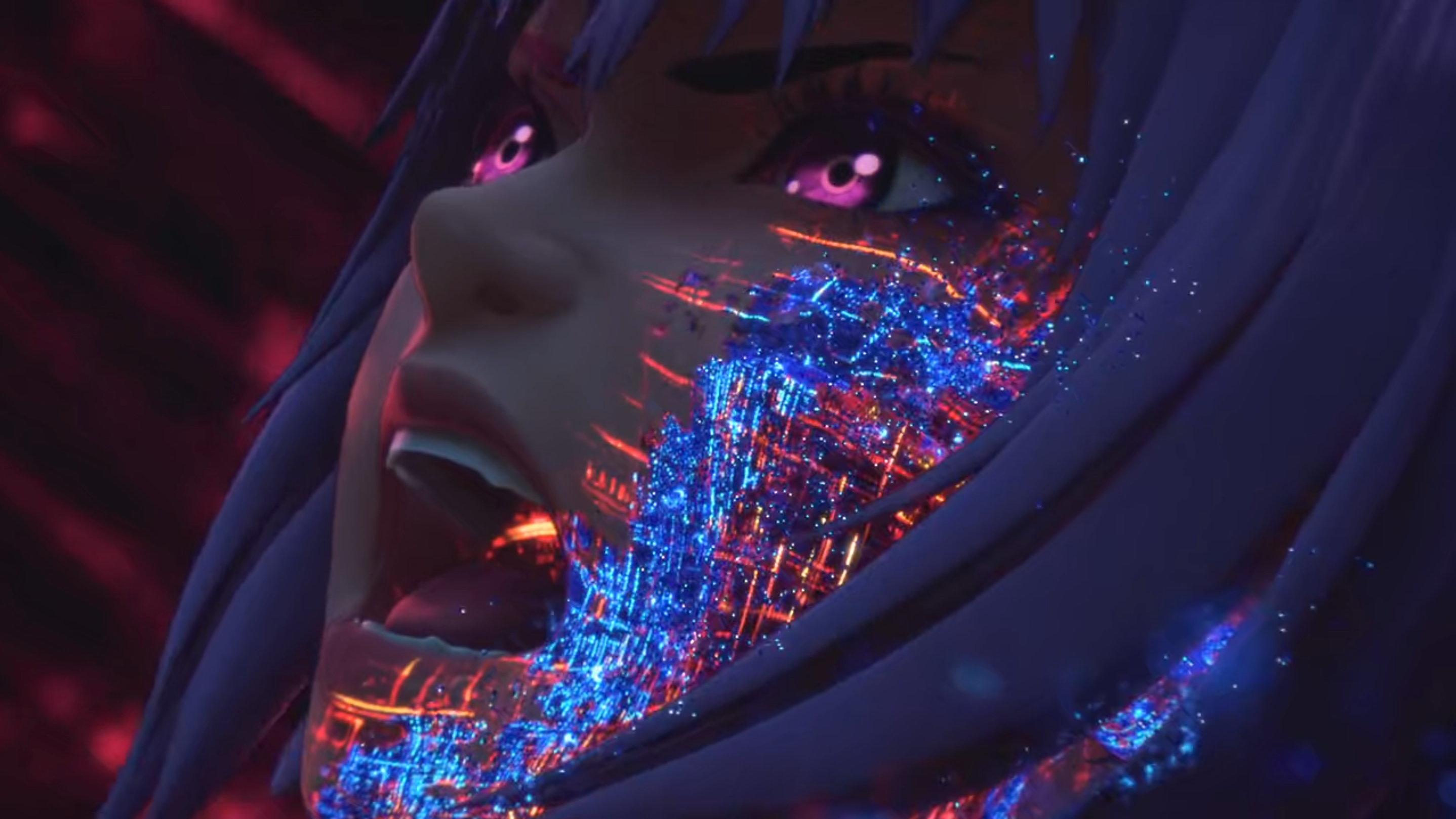 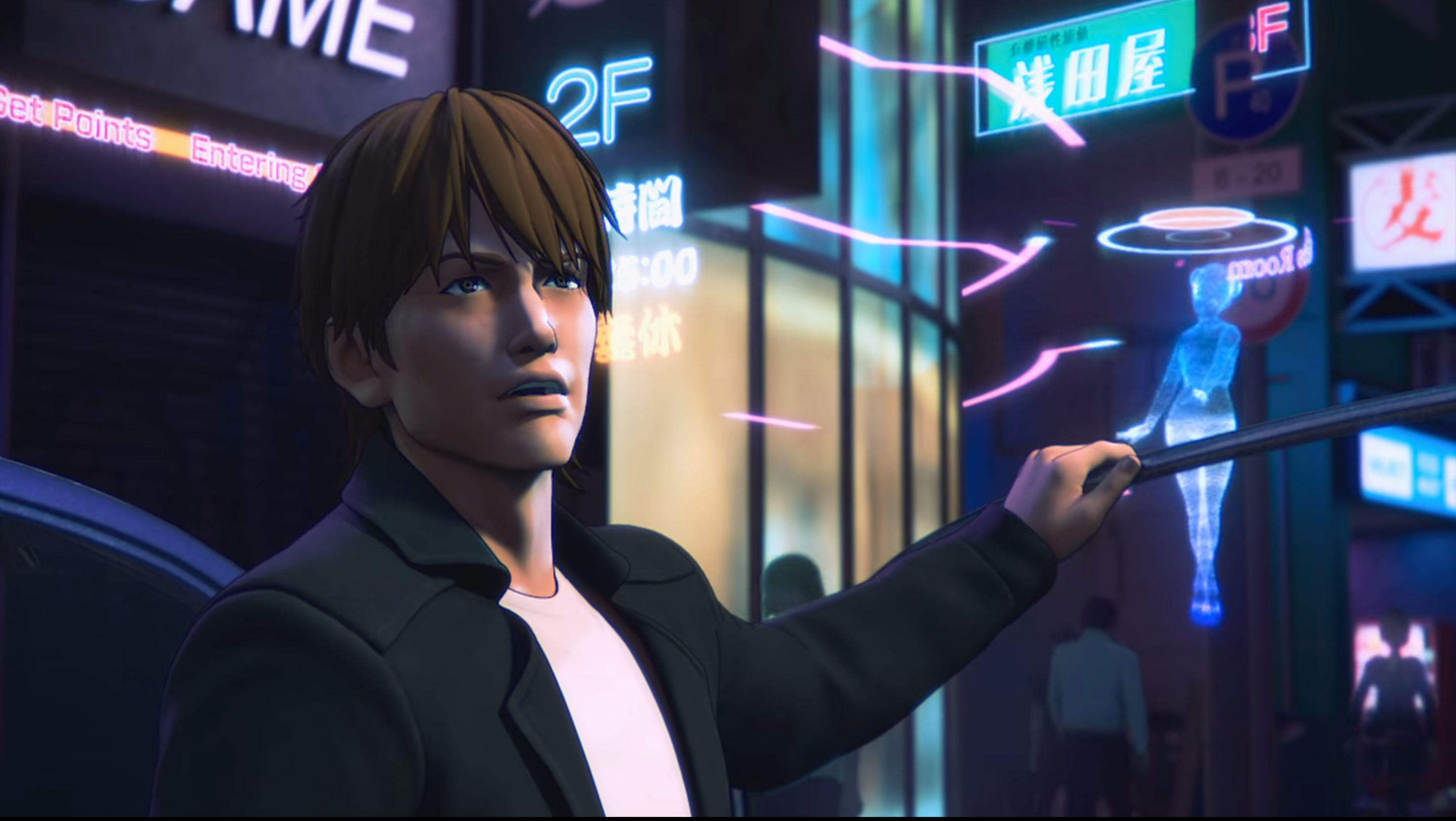 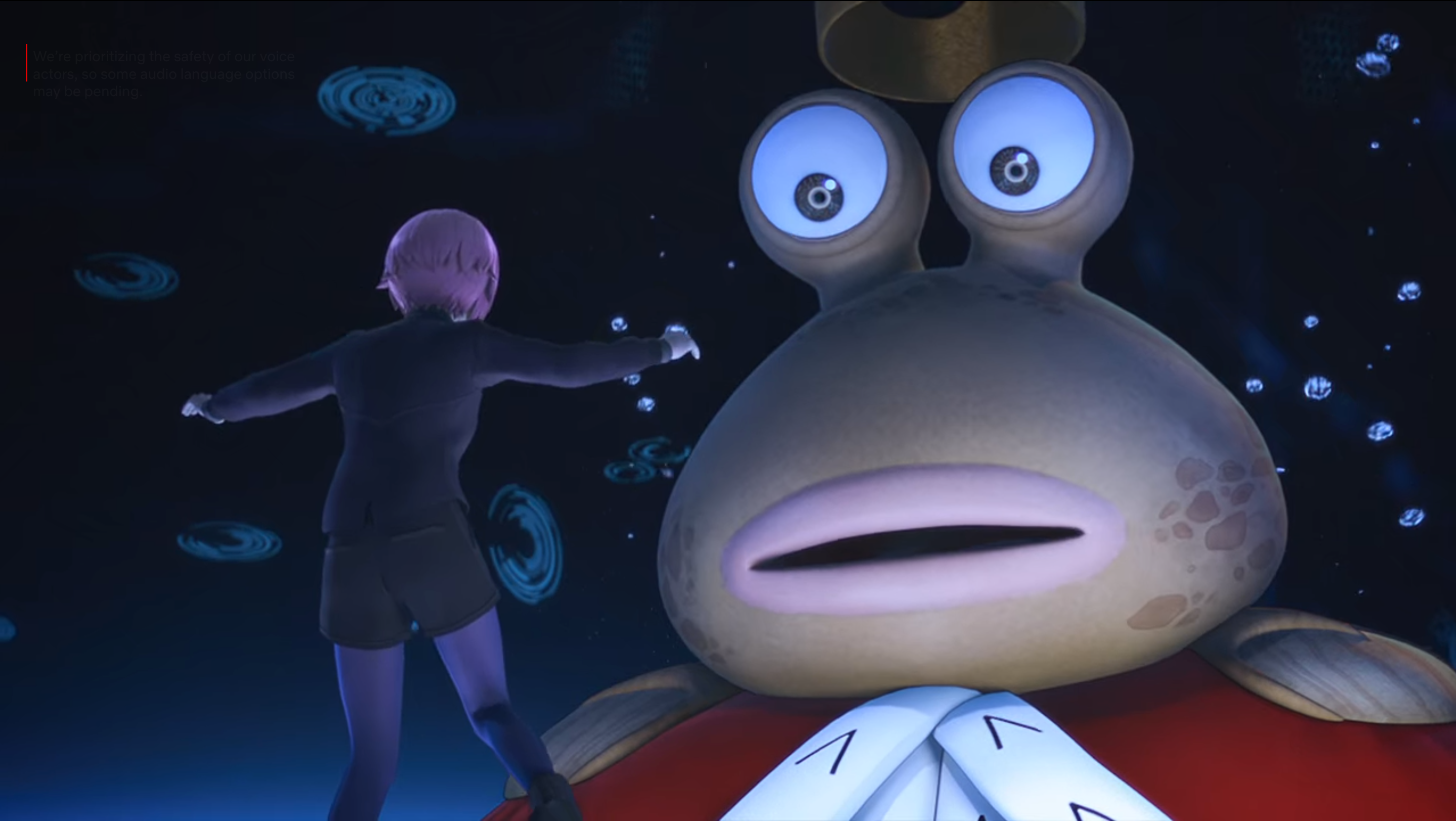 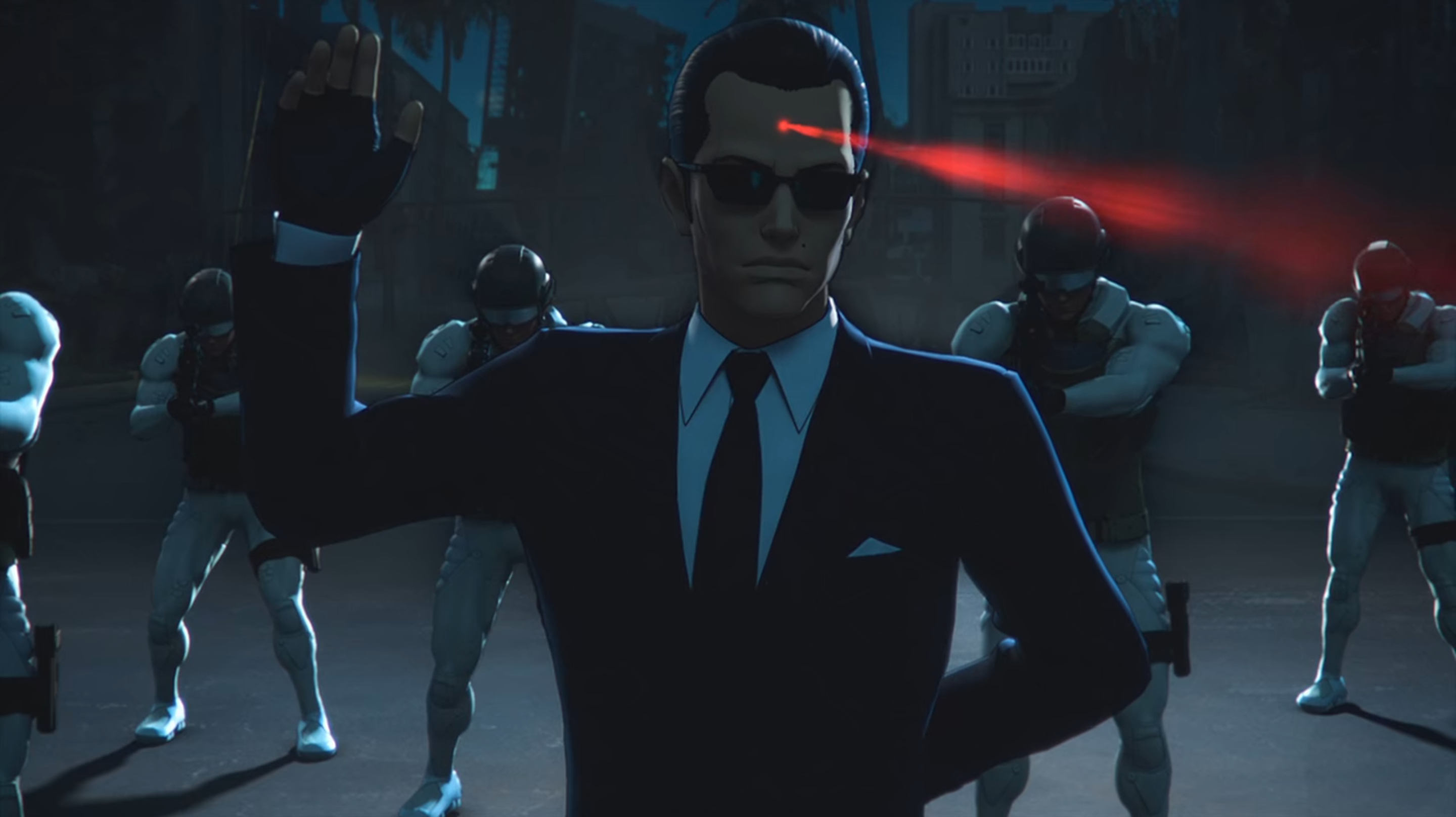 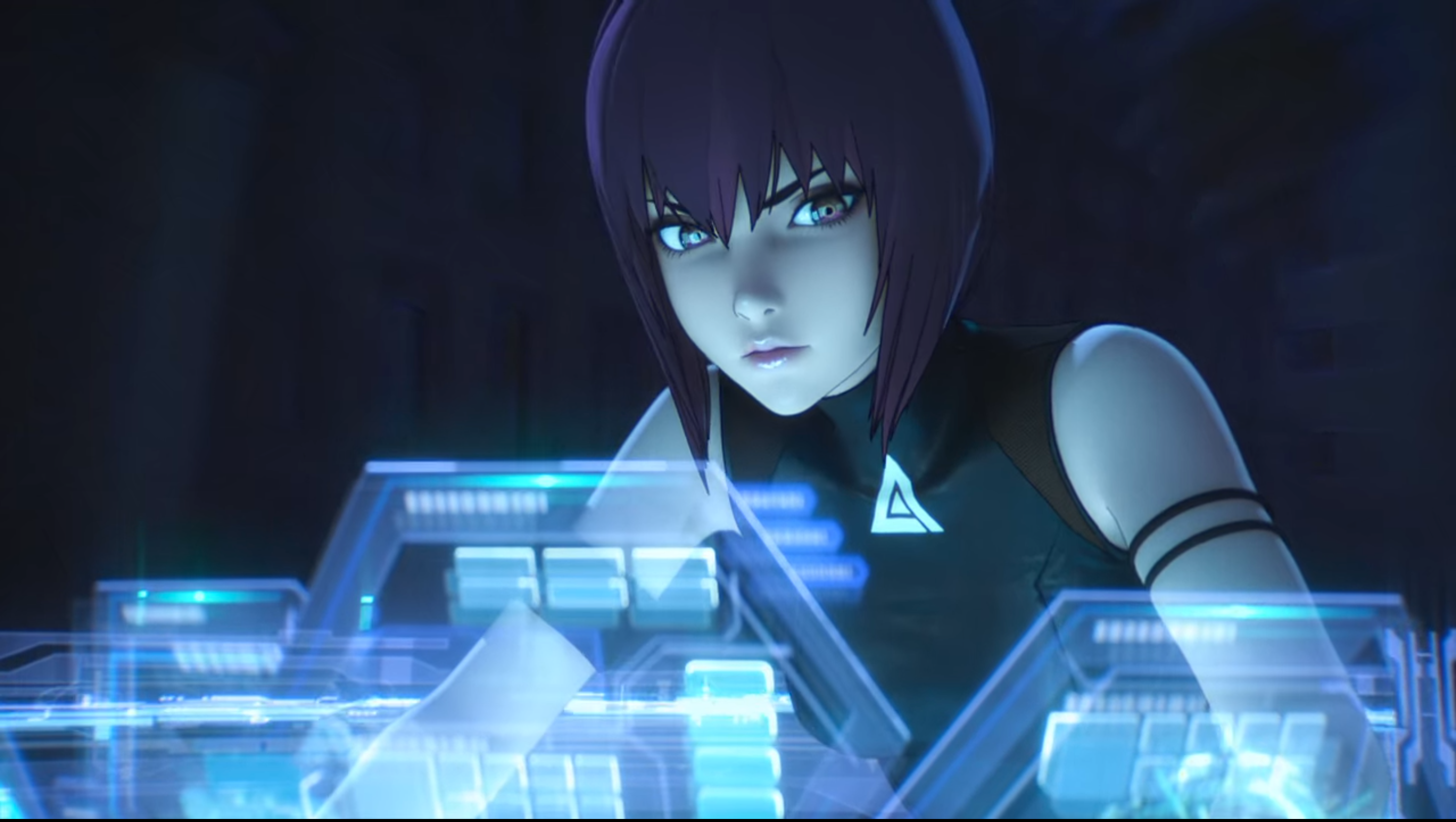 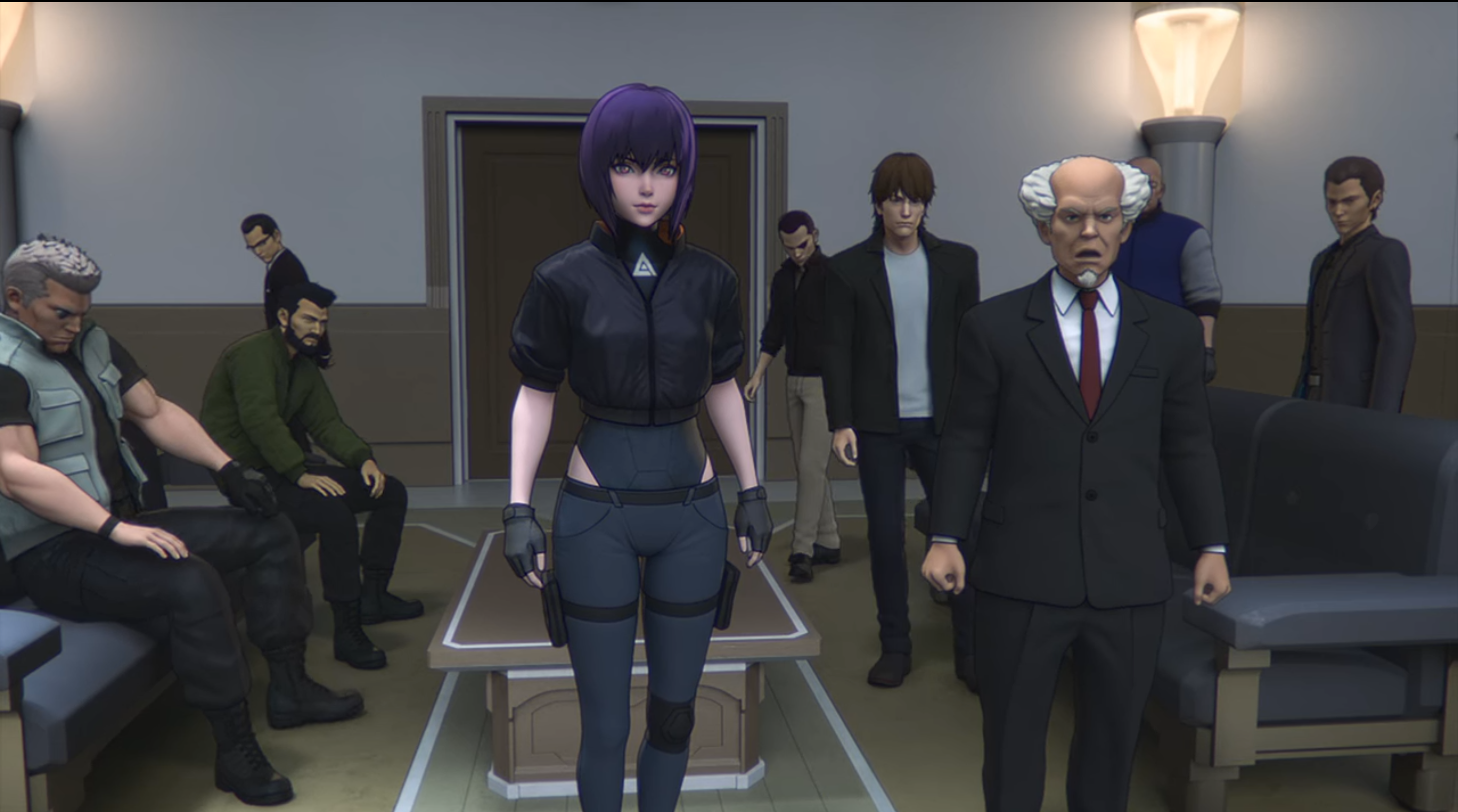 The show begins to touch on some interesting concepts (what if social media pile-ons were murder?) in the season’s last quarter, but ends abruptly on a cliffhanger that gives us little time to invest in its proposed stakes. By far, the best outing of the season is a singular one-off episode, focused solely on Batou, a group of wily senior citizens, and a bank robbery. That episode looks at the difficulties that come with ageing in a technologically advanced society and explores them on a human level, an approach the season at large fails to adopt into its storytelling.

Where the season’s greatest success lies is in its characterization of Section 9. Kamiyama continues to know these characters’ voices and understands how they interact. While the transition to 3DCG softened the Major’s character design a bit, she’s still the bold leader, hacking genius, and hardass we love and respect. Batou still feels like the fun arse-kicking cyborg uncle, Togusa has grown into a more seasoned investigator, and the Tachikomas remain perfect six-legged robo-angels with missile-launcher tummies. Section 9 has vibrant personalities that are just fun to revisit in some new adventures, however mediocre their content might be.

The philosophical through line of every Ghost in the Shell iteration is a question of finding and maintaining identity in a technologically advanced society. For a series fixated on the concept, SAC_2045 often forgets itself.