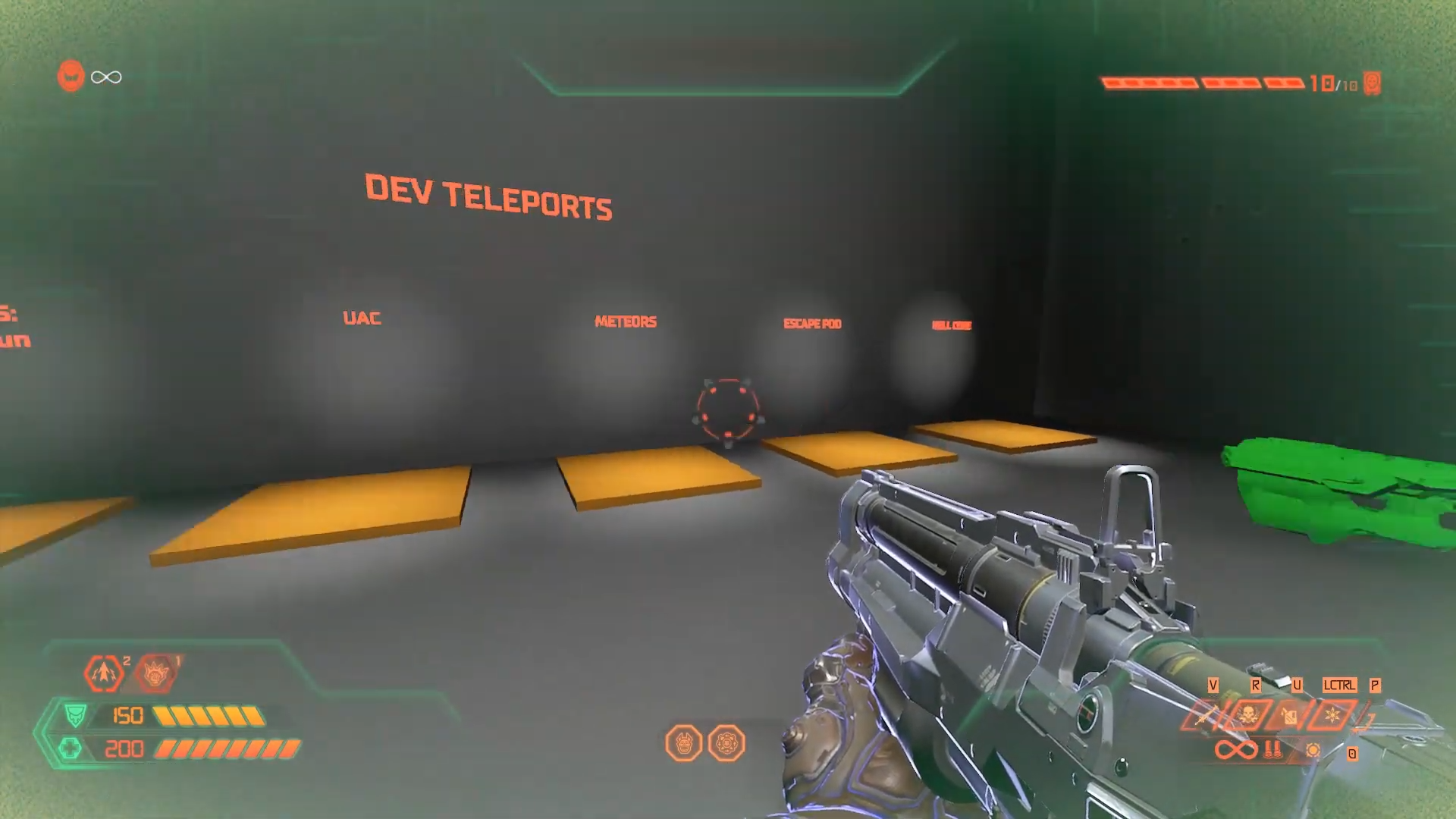 You never know what you’re going to see in a speedrun. The players working on beating Doom Eternal as quickly as possible, for instance, have found a way to enter a secret developer room that allows them to grab a BFG and complete the Mars Core mission much faster.

Doom Eternal is a big, wonderful game, although current world record speedrun strategies involve skipping through large parts of its intricate levels by going out of bounds. As explained by speedrun analyst and historian Karl Jobst on his informative YouTube channel, speedrunners can achieve this through the use of several tricks that allow them to build up tremendous height and speed.

Getting out of bounds usually means seeing a bunch of behind-the-scenes stuff that is otherwise hidden under a game’s proverbial hood. In the case of Doom Eternal, this includes a secret room that allows id Software staffers (or anybody else who finds it) to teleport through levels. While this is obviously useful for testing purposes, it also gives speedrunners early access to Doom’s ubiquitous BFG-9000 superweapon and a relatively easy way to skip to the end of the Mars Core mission.

Doom Eternal’s developer room was first discovered in late March, and players added it to their speedrunning strategies soon after. Xamide, who currently holds the world record, utilised the trick in his best run to date and even had a chance to show off the developer room during Games Done Quick’s mini-marathon for covid-19 relief.

Several Doom Eternal developers were invited by IGN to watch and provide their reactions to Xamide’s speedrun earlier this week. In the video, they provide some insight into the existence of the developer teleport room through fits of laughter.

“I’ll blame programming because we requested to have those rooms put in,” lead game programmer Evan Eubanks said on commentary.

“I don’t wanna play the game!” executive producer Marty Stratton added in a mocking voice. “I just wanna teleport where I wanna go!”

If the best single-level times for Doom Eternal are any indication, it’s possible to shave off at least three minutes by using the skip. But, as speedrunners are often wont to do, we’ll probably see those times get even lower as players continue to experiment.