When Square Enix announced physical copies of Final Fantasy VII Remake would ship to Europe and Australia earlier than its April 10 release date due to the covid-19 pandemic, we didn’t think they meant this early. The eagerly anticipated game is already in the hands of many Australians, as evidenced by a growing number of Twitch streams and YouTube videos.

“Love livin in aus right now” reads the title of one of the numerous Final Fantasy VII Remake live streams on Twitch this morning, nine days earlier than the official release date. What was supposed to be a global release on April 10 has turned into a strange, staggered release due to complications brought on by the covid-19 crisis. More than 30 streamers are broadcasting the adventures of gussied-up Cloud and friends in remade Midgar, and that number is only going to grow. 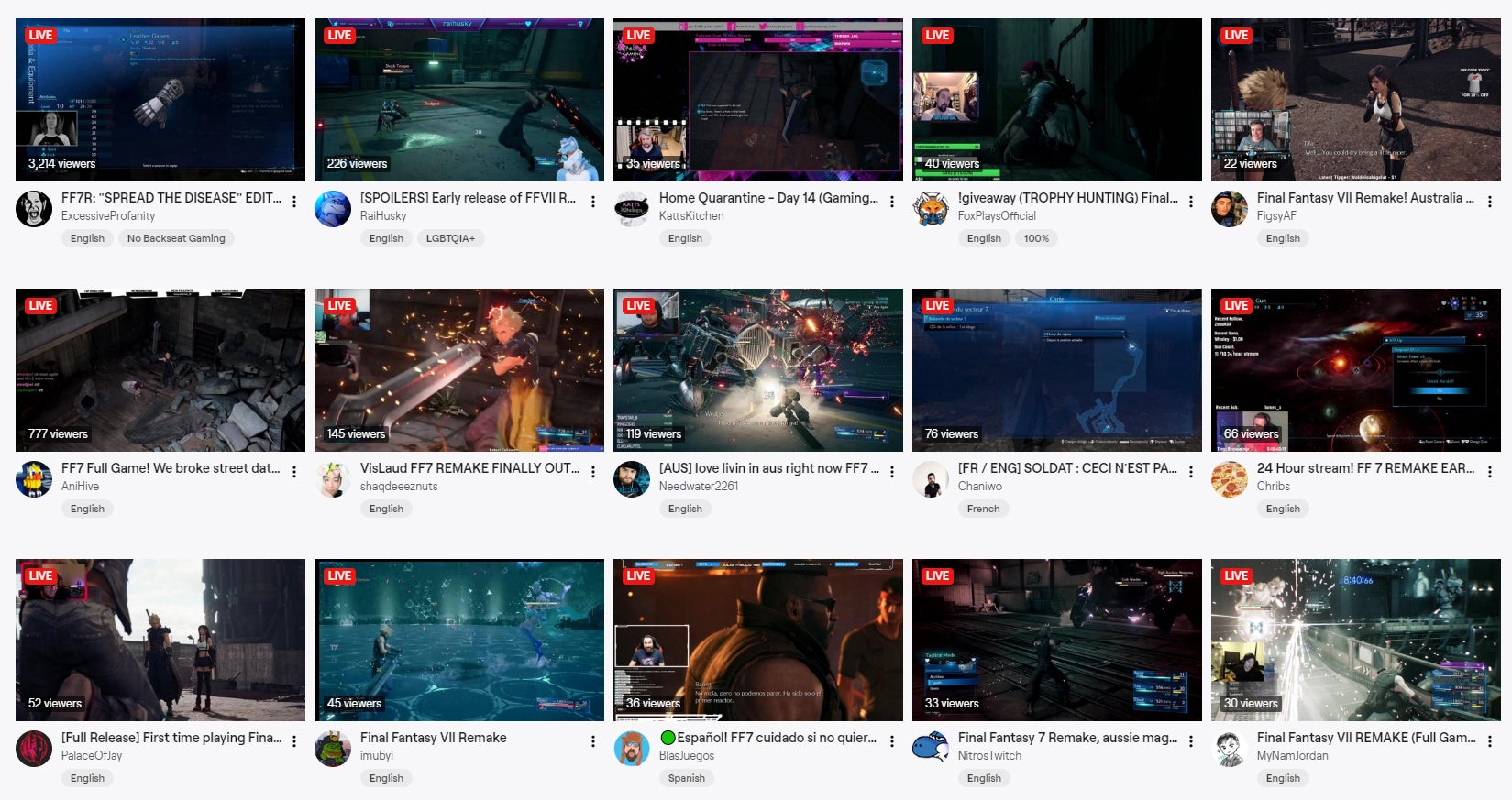 Square Enix urged early players to avoid giving out spoilers in its official announcement earlier this week. While the Western world waits for its copies, which Square Enix is hopeful will reach most players by launch day, caution is advised while browsing forums and social media.