animationanimecastle in the skyfeatureghost in the shellio9streamingstudio ghibliwatch it nerdsyour name
At Kotaku, we independently select and write about stuff we love and think you'll like too. We have affiliate and advertising partnerships, which means we may collect a share of sales or other compensation from the links on this page. BTW - prices are accurate and items in stock at the time of posting.

I didn’t get into anime until my mid-20s”by then, I’d been told by some fans that I was already way behind the times. But it’s never too late to get into a new form of storytelling, and anime is one that has only blossomed and thrived over the decades. Keep in mind that these are my film recommendations as someone who got into anime a bit later than most, so feel free to add your own personal picks in the comments. 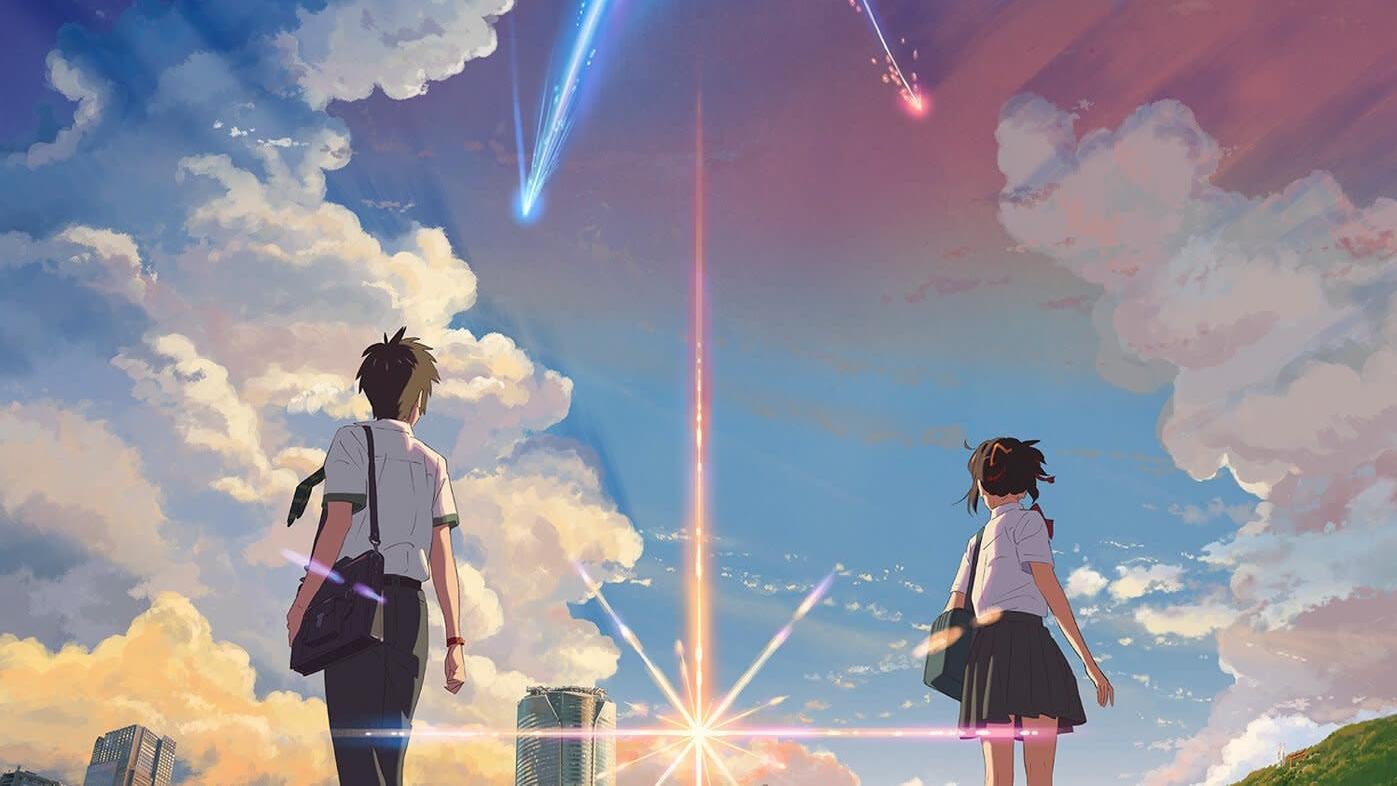 If there’s only one anime to take away from this list, it’s Your Name. This fantasy romance from Netflix. 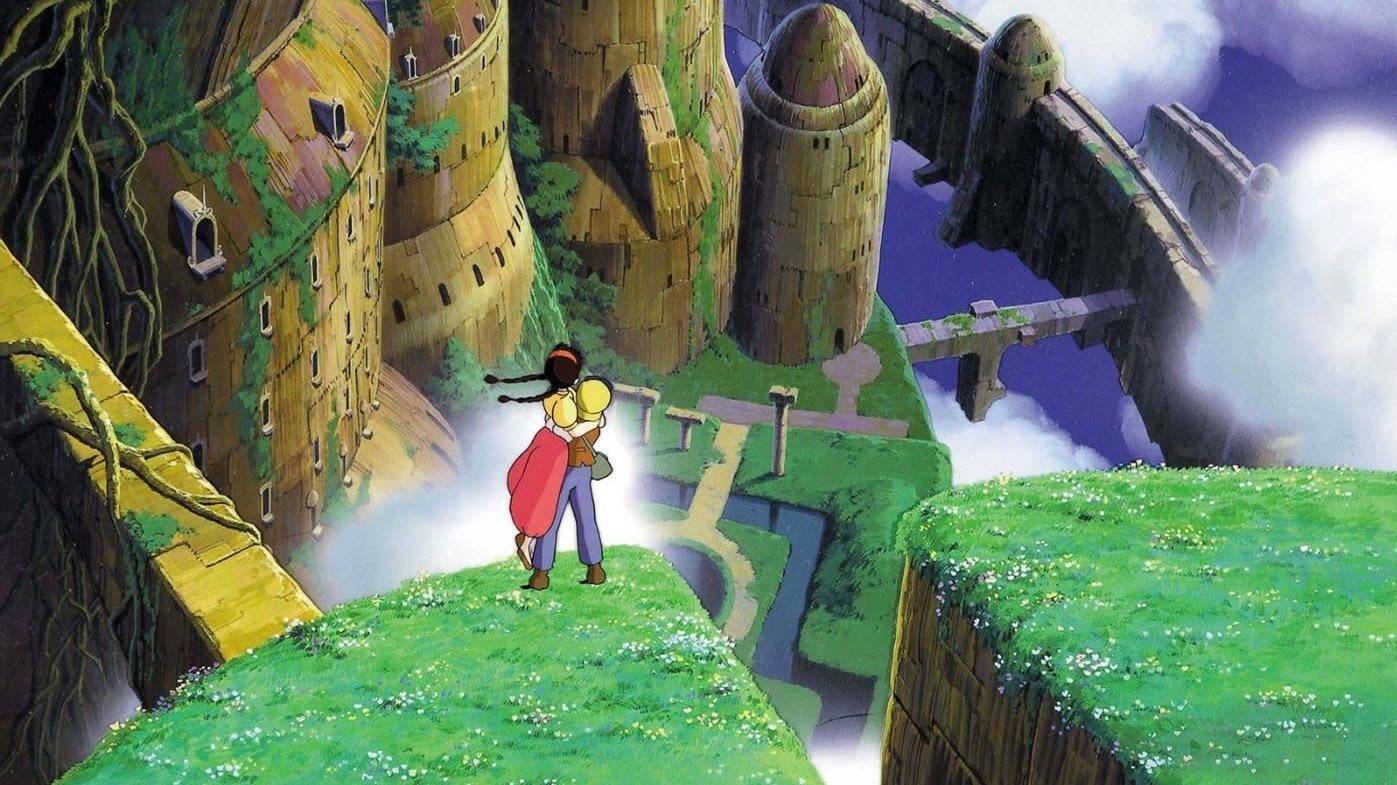 Hayao Miyazaki is one of the finest creators around and chances are you’ve heard of his work, even if you’ve never seen any anime. You can’t go wrong with any of his films, so I’m going to recommend my personal favourite: Castle in the Sky. This story combines Gulliver’s Travels with the legend of Atlantis, resulting in a tale about a young girl named Sheeta who has an intimate connection to a lost kingdom named Laputa. After escaping from some government agents, Sheeta meets a boy named Pazu, who agrees to help her find the lost city and keep it safe from those who would do it harm. The English dub features Mark Hamill as the bad guy, and he Jokers it up so good. Castle in the Sky is available on Netflix. 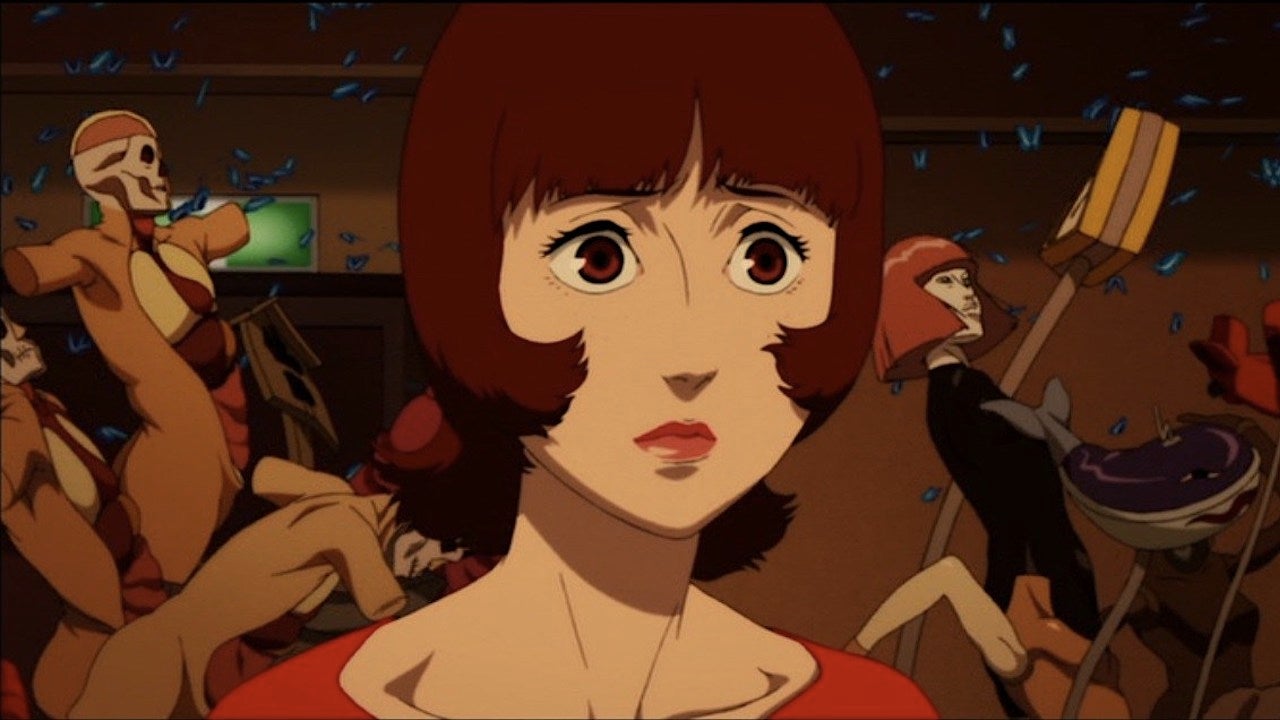 Paprika finds herself in a world of dreams and chaos. (Image: Sony Pictures Entertainment Japan)

Helmed by the late Satoshi Kon, Paprika is a visual feast about the power of dreams and metamorphosis. A group of researchers have created a device called the “DC Mini” that lets people access one another’s dreams. Doctor Atsuko Chiba starts using the device (illegally) to help some of her patients, assuming the identity of “Paprika,” a fun-loving sprite who represents everything Atsuko isn’t. Things start to go wrong, and soon the dream world and real world start to intertwine. Atsuko has to embrace both parts of her personality to save the world and restore order. Paprika is available to rent or buy on YouTube. 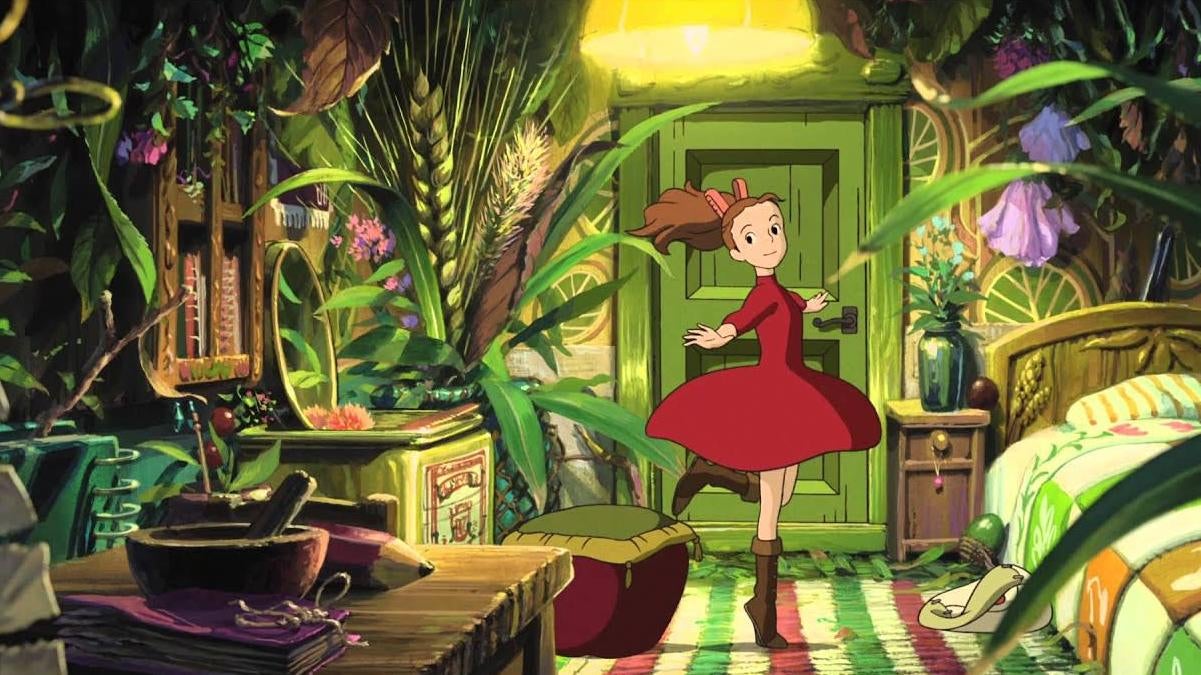 Arriety introduces us to her secret world. (Image: Studio Ghibli)

This 2010 Studio Ghibli film was the debut of Hiromasa Yonebayashi, who had some pretty big shoes to fill coming after Miyazaki. He nailed it with The Secret World of Arriety, a charming adaptation of Mary Norton’s The Borrowers series about a very diminutive family that secretly lives inside the walls of a large house, “borrowing” what they need from the family to survive.

In this version, the young borrower, Shida, befriends a human boy named ShÅ while trying to keep her world a secret from other humans. It’s a sweet slice-of-life story about an unconventional family and the lengths they go to survive. And unlike Cats, cough cough, The Secret World of Arriety did a good job at scaling down its world to fit Shida and the rest of her family. You’ll love all the clever ways they bring Arriety’s home to life. The Secret World of Arriety is available on Netflix. 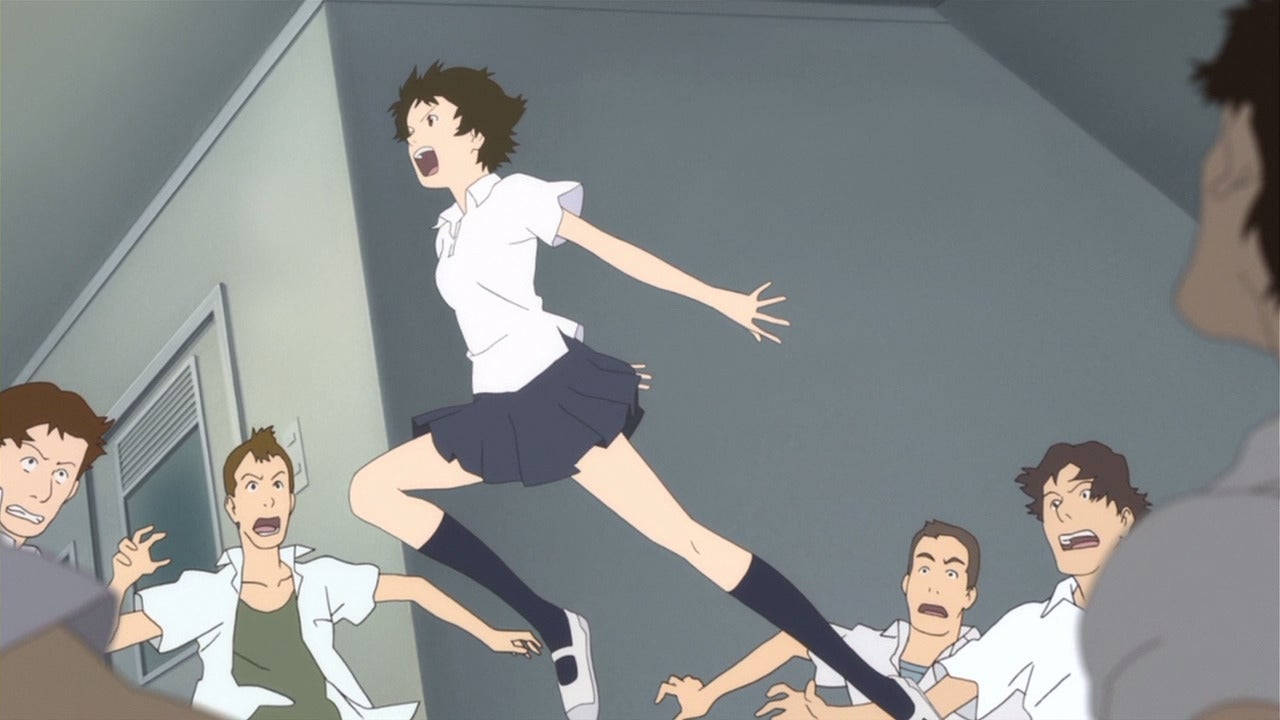 This 2006 anime is a special gem because of how well it showcases the psychology of suddenly having a superpower. Oftentimes we see folks who develop abilities quickly switch into “hero mode,” but Makoto is far more relatable. After discovering she has the ability to time-leap, she spends much of the film using it for stupid shit to make her life better. Passing tests, preventing fights with friends, even reliving a fantastic karaoke song over and over and over. It isn’t until she realises her powers have a limit that she tries to make things right with her loved ones. It’s a sweet love story and a powerful emotional journey told through a distinctly sci-fi lens. The Girl Who Leapt Through Time does not appear to be available online in Australia, but can be purchased on DVD or Blu-ray. 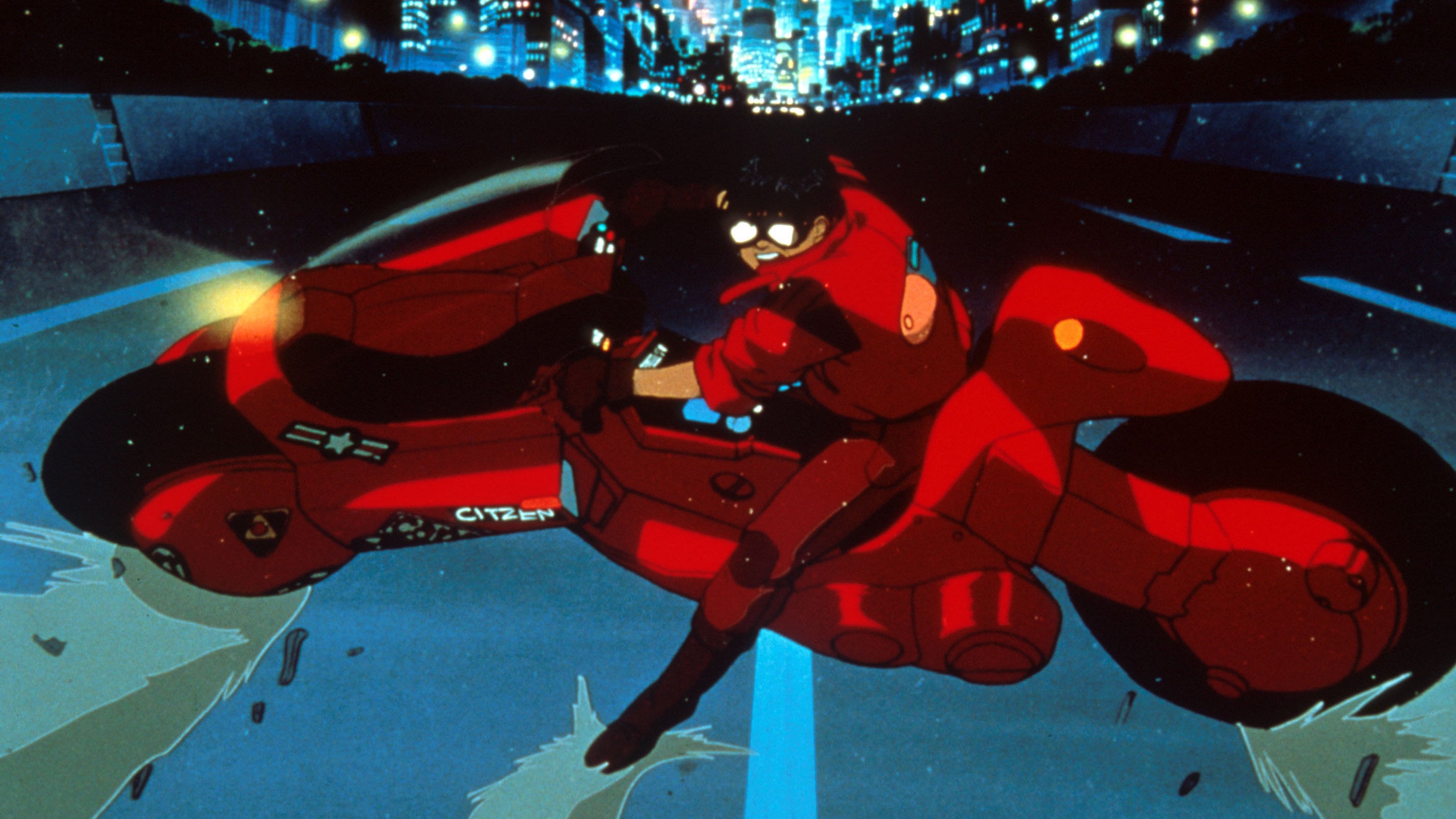 It’s worth seeing this movie if only for the realisation of how many other movies it’s influenced. Akira is a fantastic 1988 sci-fi flick (with a remake on the way) that takes place several decades after a singularity destroyed Tokyo, with a new city and way of life emerging in its place. A young man named Tetsuo literally collides with destiny, awakening psychic powers that signal his eventual transcendence into another plane of existence.

The story is Blade Runner meets 2001: A Space Odyssey, with some of the most groundbreaking animation for the time period”and its legacy can be felt through the industry, in everything from stellar anime like Cowboy Bebop and Serial Experiments Lain to The Matrix films, Kill Bill, and The Dark Knight. Even Star Wars owes some of its continued success to Akira. The story and style alone are enough to justify seeing this movie, but it goes double for anyone who wants a glimpse inside one of the most influential films of our generation. Akira does not appear to be available for streaming in Australia, but is available for purchase on DVD or Blu-ray. 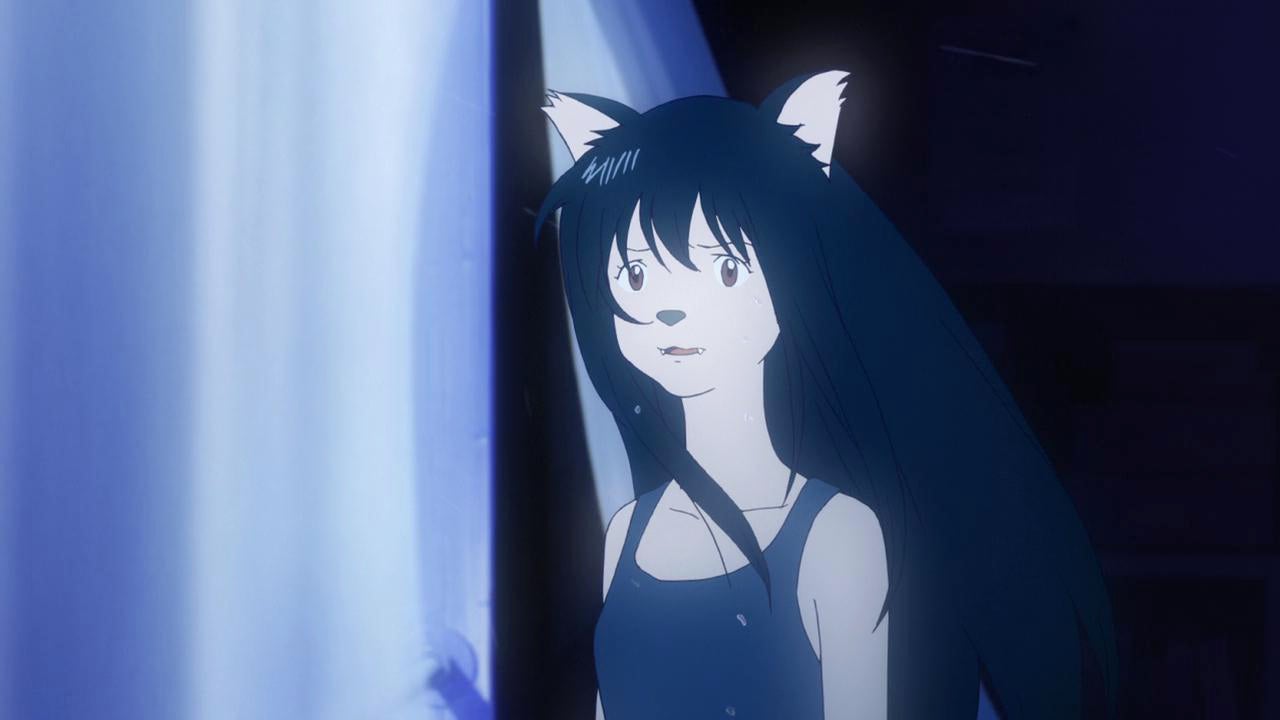 She wants to be where the people are. (Image: Studio Chizu)

Wolf Children is the story of a mother learning to let her children go, with one caveat: They can turn into wolves. Wolf Children, from the director of The Girl Who Leapt Through Time, is about a human named Hana who falls in love with a shapeshifter and has two children with him. Unfortunately, he dies shortly after and Hana is left to raise her two shapeshifting children alone.

It may be a classic “fish out of water” story, but what makes it unique is that it’s just as much about the mother as it is about the children. As Yuki and Ame struggle with whether they want to hide or embrace their animal selves, Hana has to work to keep their identities a secret without making them feel like their wolf sides are something to be ashamed of. In the end, each child chooses their own path and Hana is left to tell their story the best she can. Wolf Children is available to buy on YouTube. 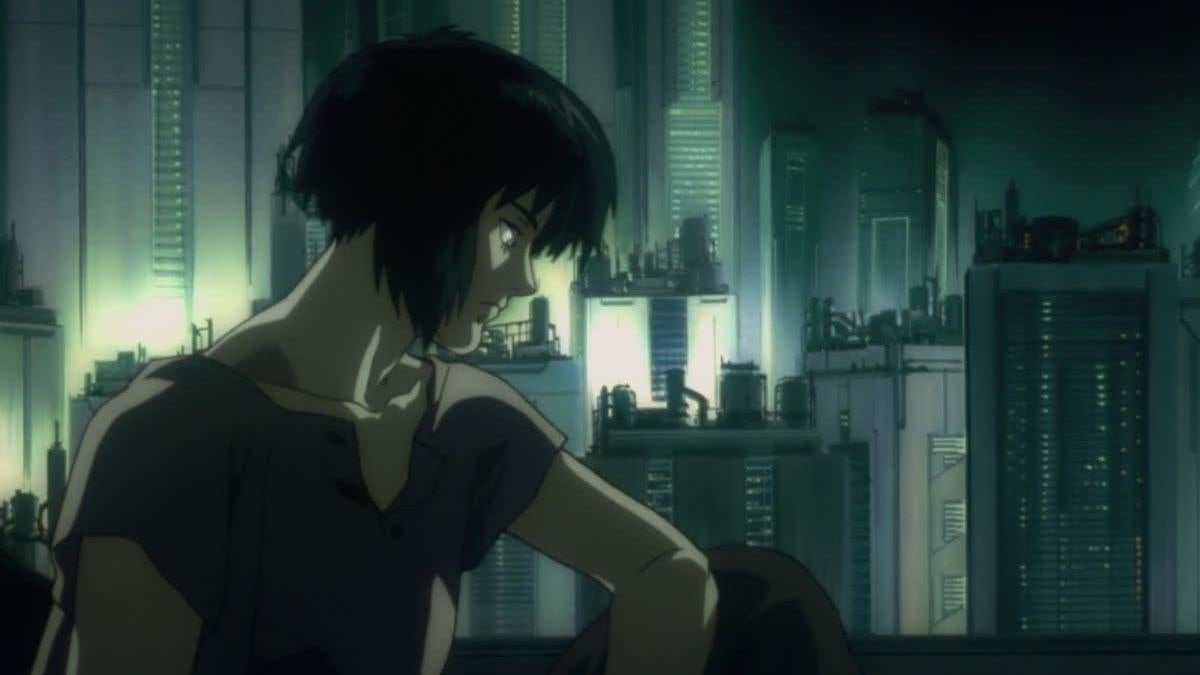 The face that launched a thousand ScarJos. (Image: Bandai Visual)

Speaking of influential movies, Ghost in the Shell is one of the staples of the cyberpunk genre, building on the approaches of Akira and Blade Runner and bringing them to new visual storytelling heights. Ghost in the Shell takes place in a world where the human body or even mind can be augmented with cybernetic parts. It centres around Major Motoko Kusanagi, who’s on the hunt for the Puppet Master, a super-hacker who can take over an augmented person’s body without their knowledge or consent”but there’s a darker truth about the Puppet Master’s true origins and purpose. The movie has influenced everything from The Matrix films to Avatar, and even got its own live-action remake…that we’re just not going to talk any moreÂ about. The Ghost in the Shell re-release is available on DVD and Blu-ray.