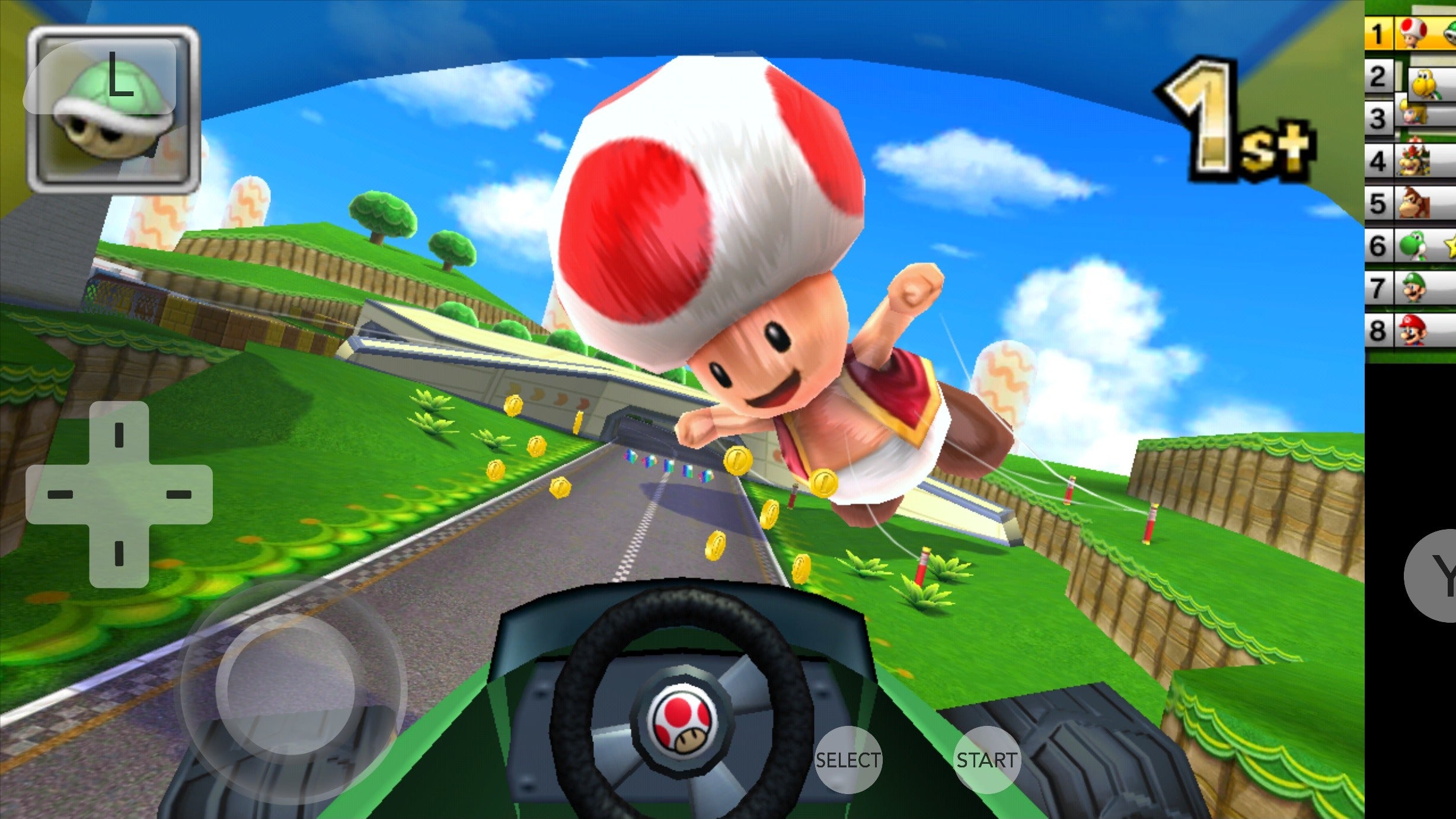 While there has been an unofficial port available for a while now, anyone wanting to see what a 3DS game really looks like on a modern phone can now download an official Android version of Citra, the best 3DS emulator around.

Having got requests for a handheld version of their now-basically-complete desktop emulator for years, a team of developers (with some borrowed help from the Dolphin’s GameCube emulator) have now released an official, beta version of Citra onto Google’s Play Store that is already running really well.

It’s not perfect, of course, partly because this is still a beta and partly because programming for the 18567839 different Android phones available is a pain in the arse, but taking all that into account it’s still an incredible achievement.

It can even use motion controls, since most flagship-level phones (which are recommended to get the most out of the emulator) have gyroscopes:

If you’d like to know the details behind the history of the port and some of the challenges involved, the team have written a lengthy blog post over on the project’s site.

And here, via 64iOS, is some gameplay footage from a range of titles, from Majora’s Mask to Super Mario 3D Land.

Finally, before you ask, “The Citra app does not include any games, or copyrighted system files. You are legally required to dump your Nintendo 3DS games to use with Citra. The Citra app is not affiliated, associated, authorised, endorsed by, or in any way officially connected with Nintendo.”