Arnold Schwarzenegger Will Return As Dutch In Predator: Hunting Grounds 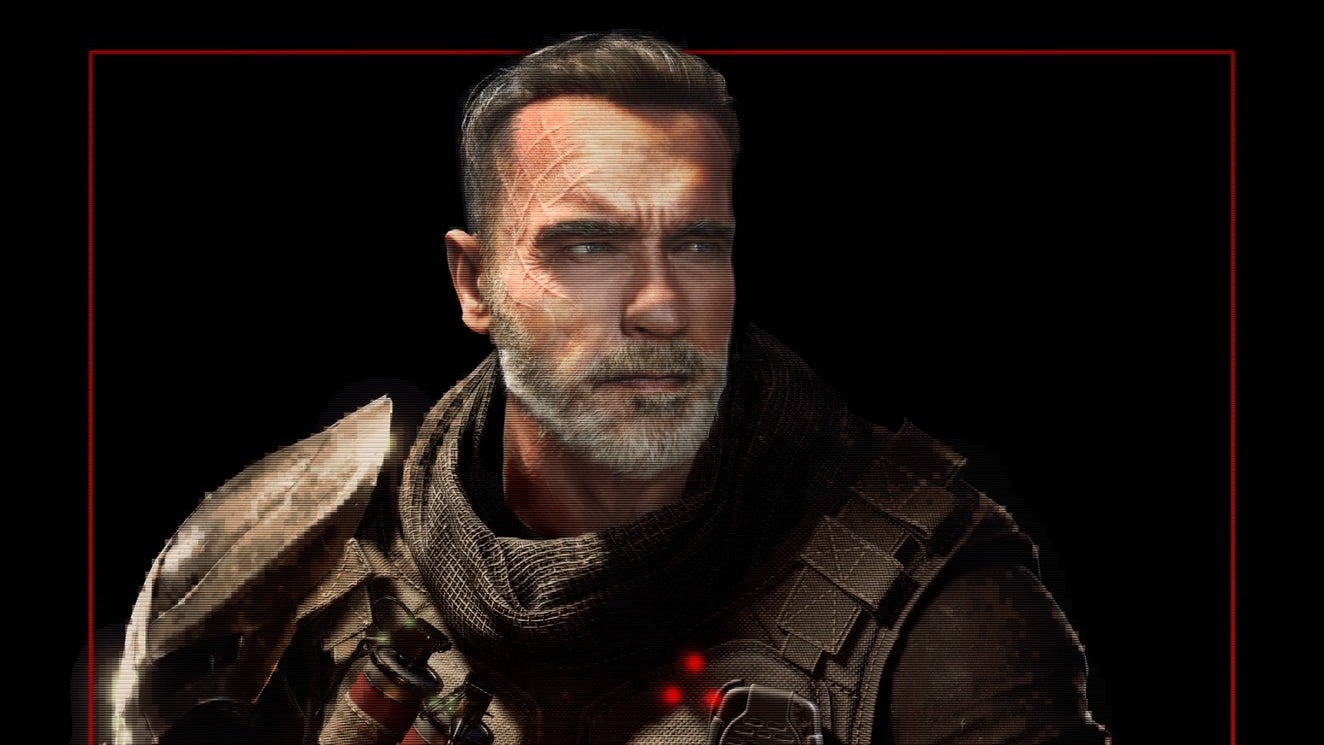 Image: IllFonic
To sign up for our daily newsletter covering the latest news, features and reviews, head HERE. For a running feed of all our stories, follow us on Twitter HERE. Or you can bookmark the Kotaku Australia homepage to visit whenever you need a news fix.

Arnold Schwarzenegger is finally returning to the world of Predator, but not in a sequel to the iconic action film. The former bodybuilder and (ugh) California governor will provide voice lines to asymmetrical multiplayer game Predator: Hunting Grounds in an update on May 26, shedding light on what Alan “Dutch” Schaefer has been getting up to since escaping from the Guatemalan jungle.

“The premise of it is [Dutch] recorded these tapes since ‘87 after the first movie,” Jared Gerritzen, chief creative officer at Hunting Grounds developer IllFonic, told Entertainment Weekly. “Throughout these tapes, there are those arrows [pointing to] what he’s doing, kind of like safeguards if he gets killed or captured. These tapes are gonna be used to essentially keep his story going.”

Predator: Hunting Grounds pays homage to the premise of the original 1987 movie by dropping players into a remote jungle environment as either a squad of special forces operatives or the eponymous alien hunter itself. Similar to Friday the 13th, IllFonic’s previous game, what results is a tense experience against a powerful creature that must be defeated as a team rather than one-on-one.

While playing as Dutch won’t change up the core multiplayer systems in any major way, players will be able to unlock audio logs as they rank up, filling fans in on Dutch’s escapades after Guatemala. Neither Schwarzenegger nor Dutch have been part of the Predator franchise since the first film, which gives IllFonic the unique opportunity to expand on his story with Hunting Grounds.

“We had a lot of meetups, working with myself and the design team, to get this story to be bulletproof because we do weave it throughout the universe,” Geritzen said. “It’s not like after ‘87 [Dutch] went and did nothing to do with the universe. We actually tied it to the universe.”