Warzone just lost one of its best limited-time modes. The May 26 playlist update axed Call of Duty’s classic battle royale experience, a mere three days after its debut. The limited-time trios mode was called “BR Classic” and was just added to Warzone on Friday. “BR Classic” catered to players looking for more of a PUBG feel. It stripped away all of Warzone’s biggest features, allowing for less fuss and more satisfying wins.

Since launch, Warzone has been a distinct battle royale experience meant to maintain the arcade flow of Call of Duty. The inventory system and healing process are both simplified in comparison to the competition, and every element seems designed to keep you in the action. However, Warzone’s simplification of battle royale mechanics still comes with all the bells and whistles of Call of Duty’s fast-paced style and chaotic killstreaks. Warzone also carries the danger of respawning enemies, who are often looking to drop down on you for a revenge kill. Anyone can return from death, if their teammates have enough cash to buy them back.

Clearly, a lot of people like that approach. With just over two months under its belt, Call of Duty’s free-to-play Warzone stands as a strong battle royale contender. Over 60 million players have dropped into the cross-play fight.

The recently departed Classic mode stripped away a lot of the chaos by removing Warzone’s cash system, Contracts, and the Buy Station feature, meaning killstreaks weren’t available, you couldn’t buy custom loadouts, nor pay to revive a dead squadmate. The Gulag, a place meant for second chances, was closed, so everyone had to make the most of their one life in true battle royale fashion.

Cutting out the custom gun loadouts and perks added greater balance to Warzone. Everyone started out armed with nothing but their fists, and the only weapons were scavenged off the ground or from loot caches. Every player was at the mercy of the RNG gods. This really cut back on the number of snipers camping the rooftops with thermal scopes. Yes, you could still get sniped by enemies on the rooftops of the Downtown area, and some guns had thermal scopes, but that situation was much less common. 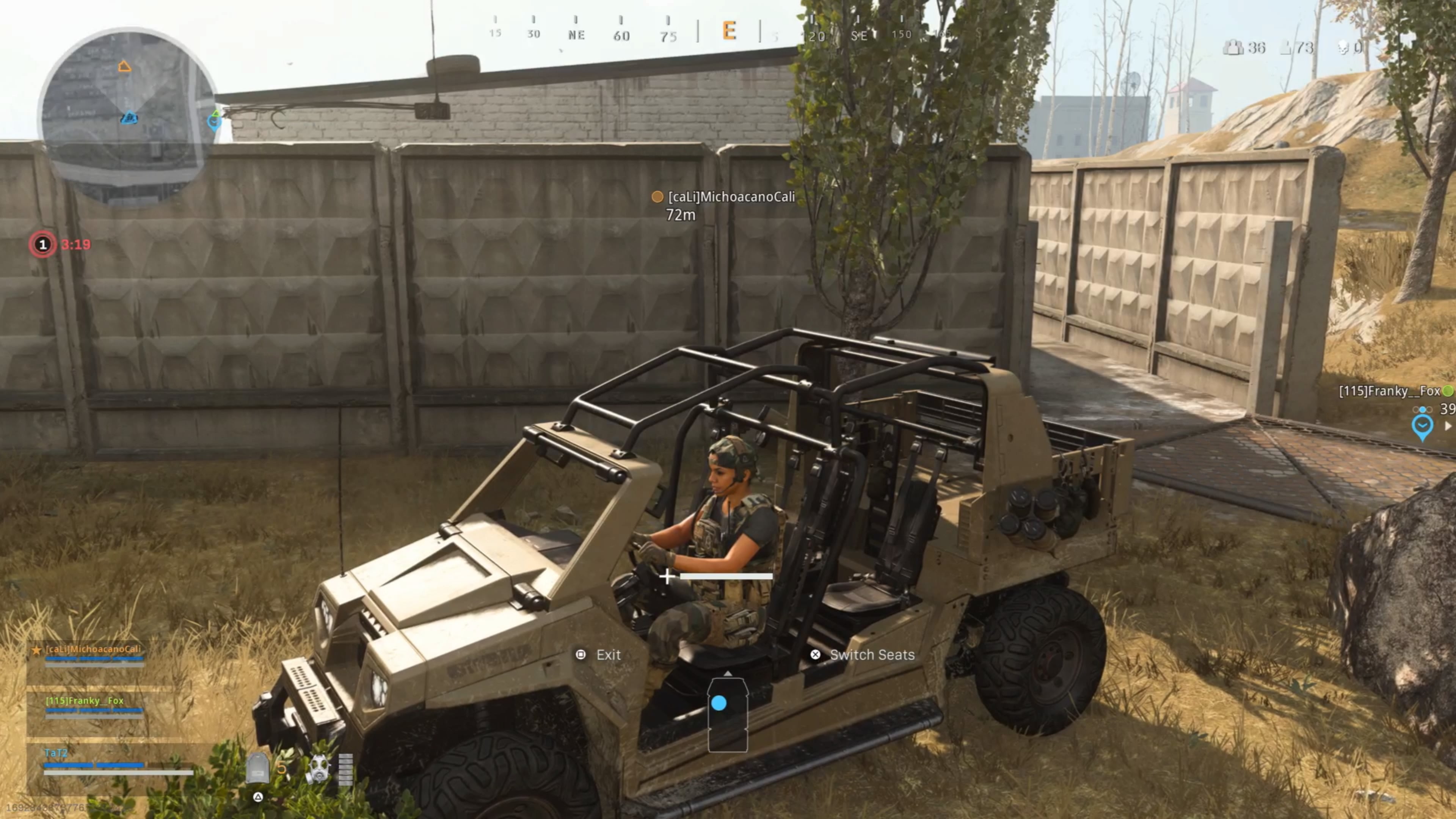 Honking the horn, but the random doesn’t want a ride. (Screenshot: Activision, Kotaku)

In regular Warzone, the initial drop onto the map can be a frustrating experience because everyone is equipped with a pistol. Players can shoot you while they dive down, and I hate losing health before I’ve even landed. Classic removed the stress of those early, cheap shots. No one had a gun until they landed and found one. Of course, this meant some matches required a round of old-fashioned fisticuffs to secure the first weapon crate in sight.

Killstreaks aren’t as deadly in Warzone as they are in multiplayer, but battle royale will always be better off without them. And it was absolutely the right call to remove them from a classic mode that didn’t allow any respawns. It was refreshing to not worry about enemy airstrikes or showing up on someone’s radar from a UAV sweep. I was trying to make the most of my one precious life.

Classic might not be for everyone. The matches played slower, and it was more important than ever to stick close to your teammates. However, slow doesn’t necessarily mean quiet and campy. For me, most matches still presented plenty of gunfight opportunities and intense vehicle chases.

There’s been a lot of hype around Warzone bunker Easter eggs, so I don’t think BR Classic received the attention it deserved. And unfortunately, this was just a limited-time mode. The developers are doing a great job keeping the playlists fresh for both Modern Warfare and Warzone’s seasons of content, but it means you never know how long your favourite new mode will last. Whether it is solo, duos, trios, or squads, I hope at some point we’ll see a return of this classic-style Warzone.