There Is Nothing Cathartic About This Spider-Killing Game

First-person spider hunting game Kill It With Fire is the stuff of nightmares.

Here is the premise: the player is locked in a house filled with spiders. Squeaking spiders. Spiders that hide in drawers, under the toilet seat, and beneath cushions. These are spiders that screech as they tear-arse across the room from one hiding place to another.

Created by former Rooster Teeth dev Casey Donnellan, Kill It With Fire grants players access to a wide variety of spider-killing tools. There are traditional weapons, like guns and throwing stars, and unconventional ones, like a lighter and hairspray flamethrower. Want to see what happens when you lock me, noted spider-disliker Michael Fahey, in a room with a spider and a makeshift flamethrower? 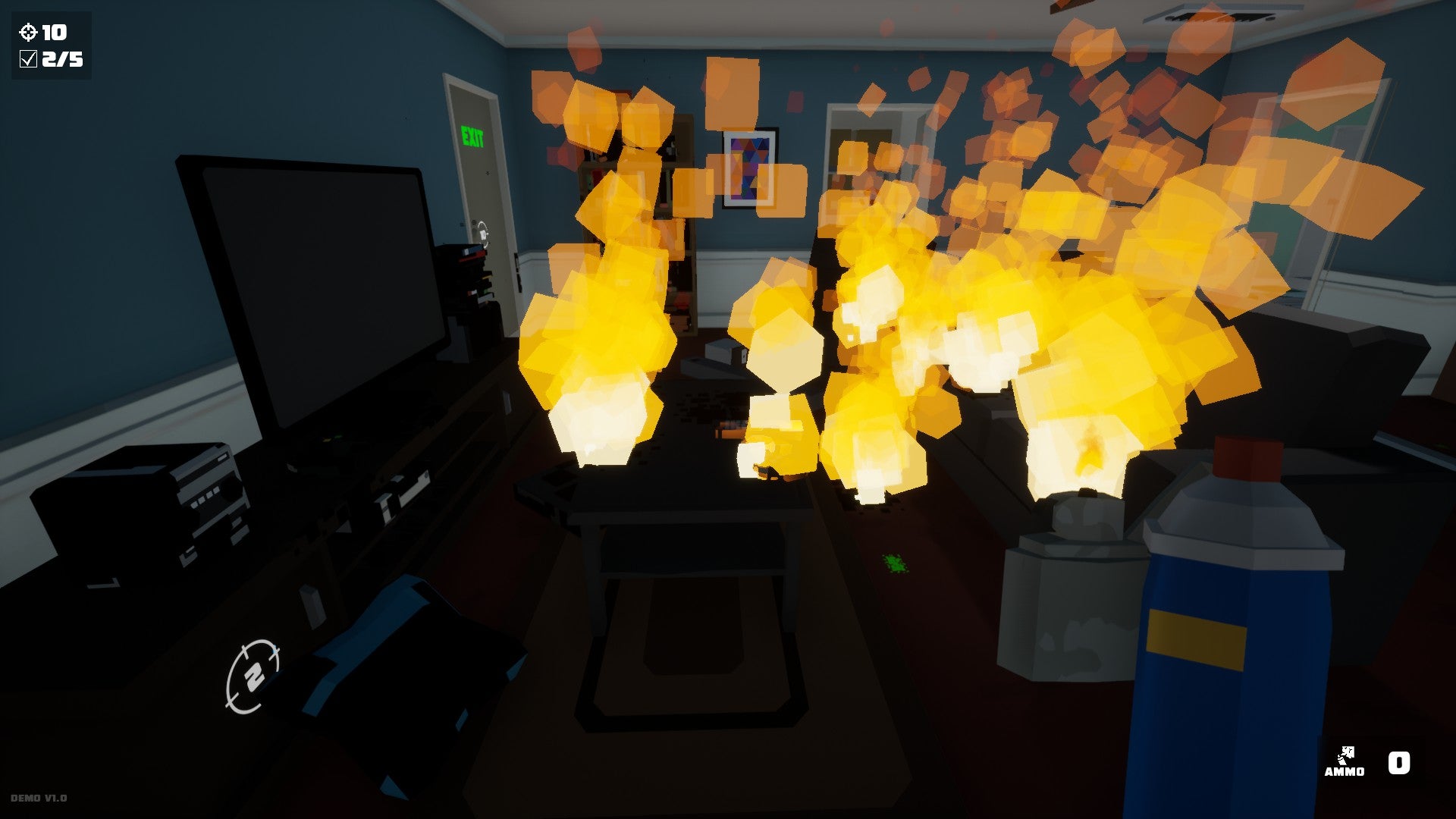 For more spider-tolerant players, Kill It With Fire seems like a good time. They’ll collect tools and tech to enhance their spider-slaying abilities, tracking and dispatching arachnids with little or no fearful shrieking or shouting “WHY!?” at their computer monitor. There objectives to complete which unlock more areas in the home, and challenges like killing 20 spiders in a short amount of time, which I have not and probably will not try. There’s free playable demo on Steam called Kill It With Fire: Ignition, which seems to be getting rave reviews. Things are looking good for the game’s summer release.

I am in the shrieking and shouting camp. I played a half-hour of the demo this morning and my heart hasn’t slowed down. There are spiders everywhere. This is a game that encourages people to pick up objects with their hands and turn them around to see if spiders are hiding on them. I’m going to stick with using the flamethrower from a safe distance, like low Earth orbit.