World Of Warcraft Is Getting Turned Into Another Board Game

There’s already a WoW board game, and it’s fine, but Blizzard is teaming up with Days of Wonder to release another one, this time pitched at a quicker, breezier end of the market.

It’s called Small World of Warcraft, and is a licensed reskin of 2009’s Small World, a game about a world that is too small for a bunch of competing fantasy races, who then go to war to try and take over the whole place. Between the premise and the name, it’s a wonder it took them 11 years to come up with this idea. 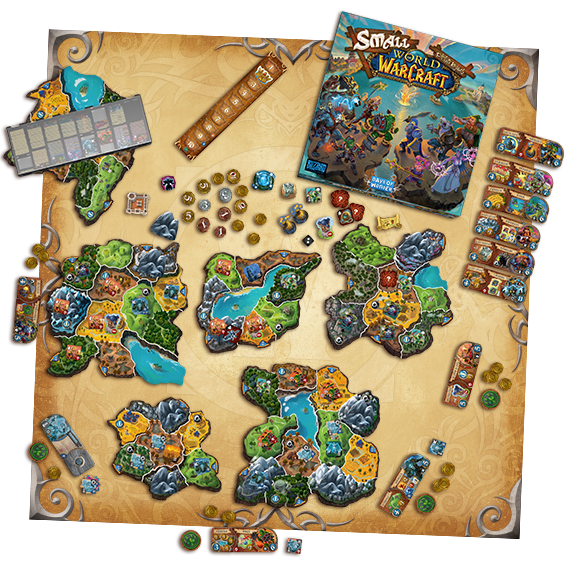 It looks great! I mean, Small World is already a very good game, and so really all that’s left to judge here is the application of the licence, which seems a perfect fit, and look at the art, which also looks fantastic.

Small World of Warcraft is coming sometime in the Summer.