If you’re in Japan, keep this mantra in mind: never do drugs in this country. Ever.

As previously reported, actor and musician Pierre Taki was arrested for suspected cocaine use. What happened next seemed inevitable. Sega pulled Judgment, a PS4 game in which Taki voices a character, and replaced Taki’s VO work with another actor. At the time, Walt Disney Japan said it was considering replacing him as the official Japanese language voice of Olaf in Frozen 2.

Pierre Taki has not been convicted of any crime, but Japan is a country with a conviction rate of over 99 per cent.

The United States, Australia, and other countries are hardly perfect with their drug laws. Celebrities, however, have long appeared to play by different rules. This is not true in Japan, where if the rich and famous are caught with illegal substances, it’s not a speedbump on their careers, but a stop sign.

Taki’s is a story that has played out countless times over the years in Japan, with arrested celebs booted from TV and sales of their music ceased. For example, when musician Suzuki Shigeru of the seminal rock band Happy End was arrested in 2009, his recordings were pulled from store shelves.

That same year, pop star Noriko Sakai was also brought up on drug charges, destroying her goody two-shoes image. Initially, Sakai fled the authorities, ditched her mobile phone, and then dyed and cut her hair, perhaps to avoid having to take a drug test that might come out unfavorably. Authorities found a small amount of stimulants at Sakai’s apartment.

She turned herself in and was given a three year suspended sentence. Her albums were pulled, her TV commercials stopped airing and her clothing line was no longer carried in stores.

This isn’t mere ostracisation or punishment. All of these are examples of what is called jishuku (自粛) in Japanese, which means “self-restraint.” This is not unique to Japan; people all over the world feel self-restraint. But in Japan, companies and media conglomerates feel it acutely and quickly. They are not required to take these actions but do so because they are expected to.

Sega’s official statement about pulling Judgment actually contains the word jishuku (as in 販売自粛 or hanbai jishuku, meaning “restraining oneself from selling”).

Japanese society is built on very high expectations. The expectation is that if some has broken the law, a company should not profit from that person’s work. The taint of crime, especially drug-related, is seen to reflect on the larger group. Making money off an alleged criminal is certainly not a good look in image-conscious Japan.

What complicates things is that in the case of Pierre Taki, he’s not the only person involved in making Judgment. He’s not even the star of the game. There is a great deal of collateral damage in jishuku. Companies know that, which explains why they always apologise for any trouble their decision causes, for whatever that’s worth.

Getting arrested for drugs”or anything, for that matter” in Japan is no joke. As Tofugu points out, the US State Department issued the following warning about how Draconian Japanese law is regarding controlled substances:

…offenders can expect long jail sentences and fines. In most drug cases, suspects are detained and barred from receiving visitors or corresponding with anyone other than a lawyer or a U.S. consular officer until after indictment. Solitary confinement is common.

Also alarming is that in Japan, authorities can hold suspects for three weeks without charging them with a crime.

Prescription medication can also cause problems. Just ask Toyota Motor Corp communications exec Julie Hamp, who was arrested for having Oxycodone sent to her. She had a prescription, but under Japanese law, only designated parties may import the drug. US ambassador Caroline Kennedy had to step in to help get the Toyota exec freed.

In 2015, an English teacher Carrie Russell was arrested after having her prescription Adderall mailed to Japan, where it is not legal. The teacher was taken from Tokyo, where she was living, to Nagoya, where she was put in a women’s detention centre. After intense diplomatic pressure, Russell was freed 18 days later.

Oregon Live quoted her as saying at the time, “In spite of this, I love Japan.”

(If you are visiting Japan, this guide might help you research what prescription drugs can be brought into the country.)

According to The Japan Times, where I write a monthly column, reported drug use in Japan has been going down from a peak of 14,500 people investigated for using narcotics to an annual average of around 13,000.

However, that could be due to a shortage of officers working these cases, as the amount of drugs entering Japan is going up. Plus, the number of marijuana-related arrests are also up in Japan (an increase of 472 to a total of 3,008 arrests, according to DM.com). Japan hasn’t also been as harsh on cannabis as on other drugs.

“I see no likelihood of the government here relaxing its rules any time soon.”

“Japan decided its rules on cannabis after we were defeated at the end of World War II and the Americans came here,” Junichi Takayasu, curator of the Marijuana Museum in Tochigi Prefecture, told DM.com.

“Japan actually had a small but long-standing use of hemp, which was used for cloth, paper and traditional medicine. But that changed in 1945 because the Americans brought with them the concept of full prohibition, just as they had done with alcohol in the 1920s and early 1930s. And I see no likelihood of the government here relaxing its rules any time soon.”

As Japan Update notes, cannabis was legal in Japan until 1948. There is little if no evidence it was traditionally smoked in Japan. Instead, hemp was used to make things like sacred Shinto ropes (below), among many other traditional goods. It is legal to own hemp seeds or hemp fibres in Japan.

There are legal hemp farms, but the cannabis that’s grown in Japan, Tochigi Shiro hemp, for those sacred ropes won’t really get people high. The US, which had banned cannabis in 1937, did the same during the US Occupation of Japan with the Cannabis Control Act.

That law, Japan Update points out, is still the foundation of Japan’s anti-cannabis legislation. The US, however, has updated its position on cannabis use. Japan has not.

It also means that there haven’t been many open and honest conversations in Japan about drugs. They are viewed as bad, full stop. 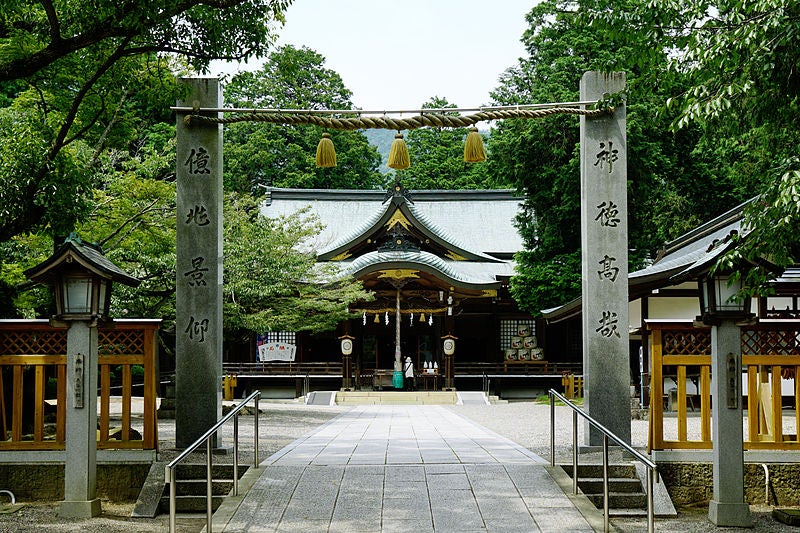 In the years after World War II, stimulant use was also rampant, with lurid tales of crime and murder. Open Democracy puts the number at over 550,000 addicts as late as the 1950s and notes that high crime during this period is often given as the reason for Japan’s zero tolerance narcotics policy.

However, a whole host of problems, including dealing with the memories of war’s horrors, could explain the spike in drug use. Food scarcity could also explain the crimes.

Japan is now a safe country with a low reported crime rate. There is little incentive for lawmakers to alter the attitudes they had when Paul McCartney was thrown in jail for over a week in 1980 after arriving at Narita Airport with pot.

At that time, authorities mulled a seven-year prison sentence but ultimately deported him. “We were about to fly to Japan and I knew I wouldn’t be able to get anything to smoke over there,” McCartney later said. “This stuff was too good to flush down the toilet, so I thought I’d take it with me.”

Even celebrities who have had legal run-ins with narcotics outside Japan have either been barred entry (in the case of Paris Hilton, whose family’s hotels are located throughout the country) or detained (as Robert Downey Jr. was for six hours).

“This stuff was too good to flush down the toilet, so I thought I’d take it with me.”

There have been loopholes. When I first arrived in Japan at the turn of the century, “magic mushrooms” were legally sold in stores and vending machines in love hotels. The reason for this, as Stippy reports, was that Japanese law banned the chemical extract of psilocybin but not the actual mushrooms.

When magic mushrooms were sold, they would be packaged at head shops with stickers that basically read “Look but don’t eat.” Shrooms were finally outlawed in 2002, and from what I remember at the time, the rumour was that the decision was due to the World Cup and the influx of foreign visitors.

Even with the swift scorched-earth policy Japan has towards celebrities who violate its drug laws, comebacks are possible if the celebrity’s talent is so great that the country is willing to overlook any previous drug discretions. Time, though, is needed.

For example, after being denied visas for years, the Rolling Stones were finally able to tour Japan — something they have since done for decades now. Paul McCartney is also able to tour and is greeted by adoring Japanese fans and press.

Japanese celebrities have it tougher, but Suzuki Shigeru of Happy End does make appearances on NHK, a broadcaster notorious for playing it safe. Noriko Sakai, who hasn’t been on terrestrial Japanese TV in 11 years since her arrest, is set to make her TV comeback later this month.

But with Pierre Taki’s recent drug issue, some are wondering if it’s appropriate for her to make this televised appearance. Even with a decade of jishuku, the timing isn’t exactly ideal.

If you’re in this country or visiting, it’s best not to do drugs in Japan.