The Hilarious Visual Novel In Which You Date Villages

I just got friend-zoned by London.

Friends, enemies, those who fall in between, I am here to tell you that Doki Doki Ragnarok is A GAME ABOUT A VIKING WHO DATES VILLAGES. It’s also one of the funniest, loveliest games in a good long while.

No, that wasn’t a typo. I did not mean “dates villagers”. I mean villages. This is a delightful, deeply funny, and outright peculiar game, one that will make you laugh hard.

The term “doki doki” has, it’s fair to say, been somewhat subsumed in the West by Doki Doki Literature Club!, 2017’s enormously popular visual novel about love in a high school club. Within Japan, it’s far better recognised as the ideophone for a heartbeat, and has been in the name of games going back to the Famicon. So it’s clearly perfect for a game about falling in love with small towns. 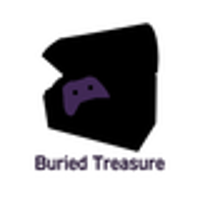 So, there are likely some immediate concerns here. Viking pillaging, historically, is perhaps not renowned for its respectful and consent-based approach to invasion. Then there are the implicit issues of all these dating games, where the line between being empathic and coercive is always deeply blurred. In the end, no matter how it’s dressed up, it’s about trying to get laid. And as such, I’ve long struggled to recognise a significant difference between the wokewashed world of “progressive” dating sims, and the infinite spew of misogynistic hentai fuckathons released every day on Steam. Yet, it’s superbly safe to say DDR does not merit any such concerns.

It certainly helps that DDR‘s dialogue makes this distinction somewhat irrelevant. In your drunken attempt to impress the first village in the game, you can choose between roaring, barfing, roar-barfing, or boasting of your intellectual activities. Choose “roar” and the text reads,

You did not know the sheer volume you are capable of. Windows shatter! Buildings collapse! Birds explode mid-flight! You are grasped by an immense sorrow because of all those birds.

But more importantly, this is just incredibly silly. The villages are generally very excited to be pillaged, and as you burn down the buildings and chase the locals out of town, the two of you tend to have emotional chats, rather than…you know. Then there’s the constant threat of goats, a rivalry with the appositely named Bjorn Rivalson, and an incessant volley of insults against the English, no matter which country you’re in. Oh, and after a simply lovely date with Normandy, the town decided — even though it had had a lovely time — that it didn’t want things to end in a raid after all. And that’s respected. Because this game is both bonkers and lovely.

Frankly, I’m delighted by how appalling the game’s geography is. Where the map shows you invading in somewhere near Perth in Scotland, the game declares your arrival in the South of England — Wareham specifically — meaning it’s out by about 805 km and one sovereign nation. Which is as nothing compared to your setting sail from the South coast to reach…Londinium. But worry not, because the focus here is being entertained by the truly excellent writing, and that comes in spades.

As you progress, each encounter with a town gets trickier, with your chosen dialogue needing to be based on carefully listening to the location’s thoughts and desires. Subtext is often key. Will they really be impressed by your racing off for a quick invasion of England, when they’ve mentioned a couple of times their admiration of a Viking’s predilection for mead? Is complimenting their brickwork going to flatter, or patronise? Because, in the end, both parties want to see some farms getting set on fire, and it’s important this happen in the most respectful way possible.

There are a fair few typos, and odd moments where the wrong word is used (“discounting” instead of “recounting” was a strange one), but they matter very little in amongst so much incredibly funny writing. I laughed just so many times playing this, bursting as it is with so many great gags and puns (“plunderlust”), all delivered with a warmth and kindness that I was not expecting.

Add to that the completely superb music throughout, the excellent Viking grunty noises that sparingly accompany the text, and some really lovely cartoon art, and this is just such a delight.

This was a risky project, given the automatic assumptions someone might make about a game where dating and invading are conflated. Cast aside all those concerns, because this is a game where consent is primary, yet nonsense is overwhelmingly more important. It’s so funny that this is so lovely, and it’s lovely that this is so funny.