The Xperia Play Does Horrible Things To One Amazing Lady 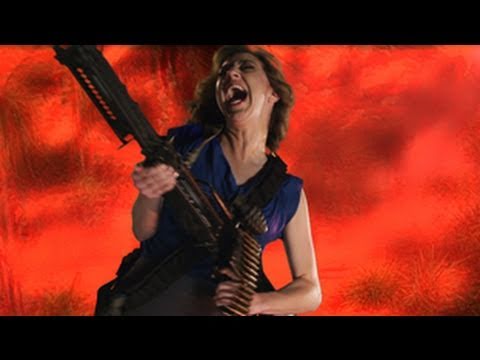 Sony Ericsson’s Xperia Play is more than just a mobile phone. It’s a gaming device powerful enough make loveable actress and comedienne Kristen Schaal transform into a dwarf, get possessed by the devil, and play with herself.

You might know Kristen Schaal from her role as Mel on Flight of the Conchords, the voice of Louise on the prime time cartoon Bob’s Burgers, or her stint as the internet chatting dinosaur Trixie from Toy Story 3.

If you don’t know the charming, bubbly Schaal, you will once you finish flipping her gaming-centric series of ads for the Xperia Play, the mobile device formerly referred to as the PlayStation Phone. I wasn’t planning on picking one up myself, but now that she’s shown me the device’s kitten-watching features, I just might change my mind.