Israeli settlers on the West Bank have discovered a new way of getting their message across: violent shoot ’em ups based on the Six Day War and biblical history. 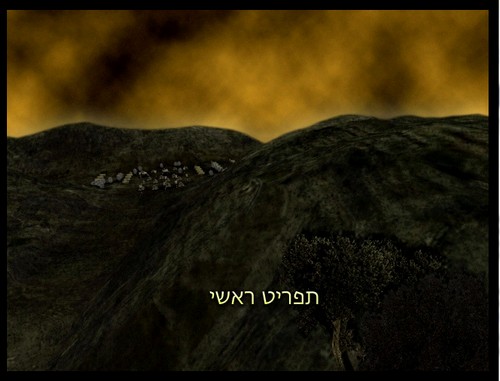 Israeli settlers in the West Bank have stumbled on a new way to get their message across: computer games. An advocacy group for religious settlers called the Residents’ Councils of Samaria and Binyamin recently commissioned a series of religious- and nationalistic-themed video games. The target audience for the games is Israeli youth—all four of the Residents’ Councils’ games are Hebrew-language only.

To an American audience, the content of the games seems strange.

In the first game, Judah Maccabee, players are cast in the role of a Maccabee who sneaks into a Greek camp to obtain the “sword of Apollonius”. Another game, Ahab in Samaria, lets players slay invading soldiers attacking the biblical Kingdom of Israel. The third game currently available, Ammunition Hill, casts the player as an Israeli soldier invading East Jerusalem in one of the bloodiest battles of the Six-Day War. A fourth game that is still being developed allows players to play a scout on a hang glider who guides the ancient Israelites to the Promised Land. Whether hang gliders actually existed in the early Biblical era is, of course, open to debate.

All four games were developed by an Israeli firm called Virtual 3D that primarily markets archaeological software. To date, Virtual 3D’s best known project is a virtual reconstruction of the Second Temple.

The games themselves are web productions done up in Shockwave, with freeware downloadable versions available for PC consumers. In all honesty, the game play will underwhelm most players: All three games currently online are low-tech first-person slash n’ shoots in the vein of Doom and Wolfenstein 3D.

The Residents’ Council posted a clunky Hebrew-language explanatory intro to their games online:

I know you love computer games, so I madea special Bar/Bat Mitzvah gift for you:

A series of three-dimensional computer games.

And most importantly:  This is your chance to take part in historical events! […]

The Residents’ Council did not respond to an interview request by Fast Company as of press time.

According to an interview in the English-language West Bank settler publication Israel National News, Residents’ Council head Itzik Shadmi intends for the games to be used as propaganda:

In education, one sometimes needs to take roundabout routes to reach the target in a better way. The road may be longer but it holds promise for better results. Today’s youths are surrounded by external stimuli that change rapidly all around them, and we must be aware of this.

The use of video and computer games as propaganda has a long history that includes products by groups including the US Army, Hezbollah, and the Iranian Republican Guards.