Finally, Play A Battlestar Galactica Game That Does What The Show Did Best 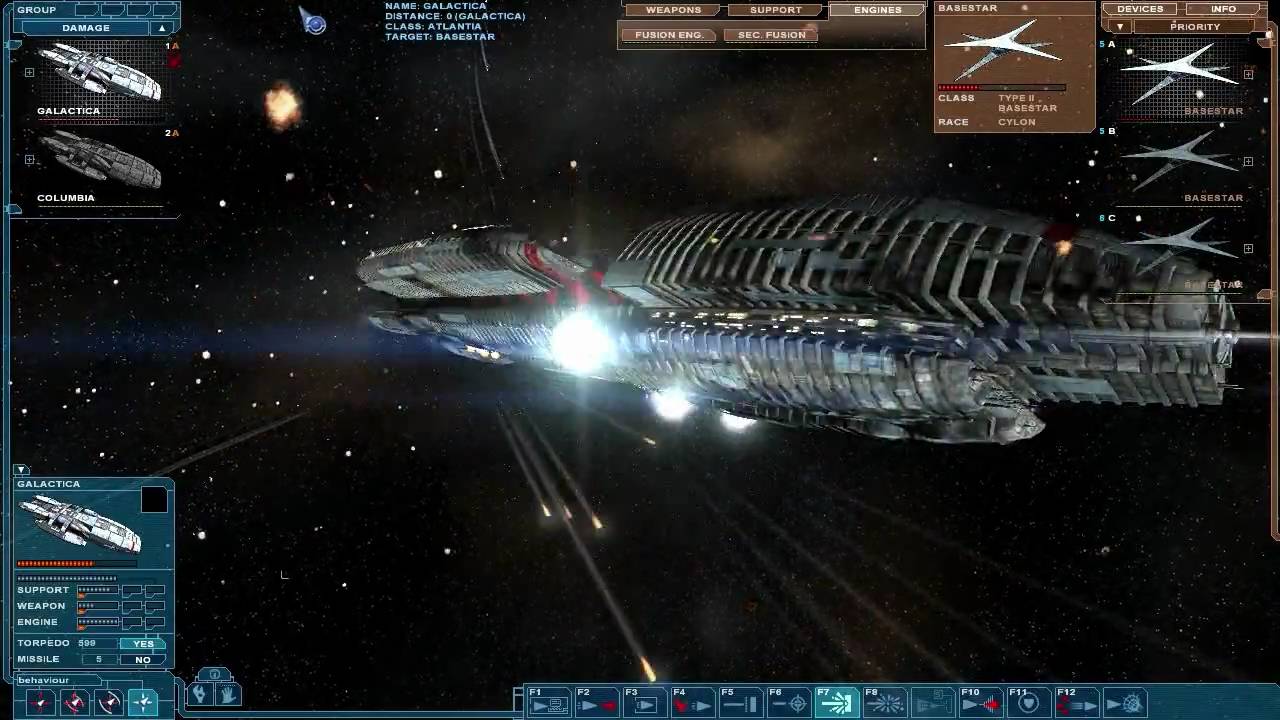 It’s a sad world we live in when the best Battlestar Galactica games available are a rather dry MMO and some fan-made mods.

Yet like the crew of the Galactica, we have to make do with the world we’re left with, no matter how cruel and unfair it is. So today, let’s make the most of it and look at the latest in a long line of mods that hope to do what no game developer was ever given the time or money to do commercially.

In contrast to Diaspora, which is concentrating on putting you in the war, the Battlestar Galactica mod for Nexus wants to put you in command of it. Like Bill Adama himself.

Nexus was a 2004 space strategy game, a little like the excellent Homeworld (which itself owes a lot to Battlestar) that is being dragged out of the grave to help give the foundation for this ambitious, gorgeous mod that will feature both singleplayer and multiplayer combat.

Unlike many of that first batch of mods we showed you last year, this one is actually being worked on — a lot — and there are playable builds available for download and testing (it’s still in beta) at the link below.