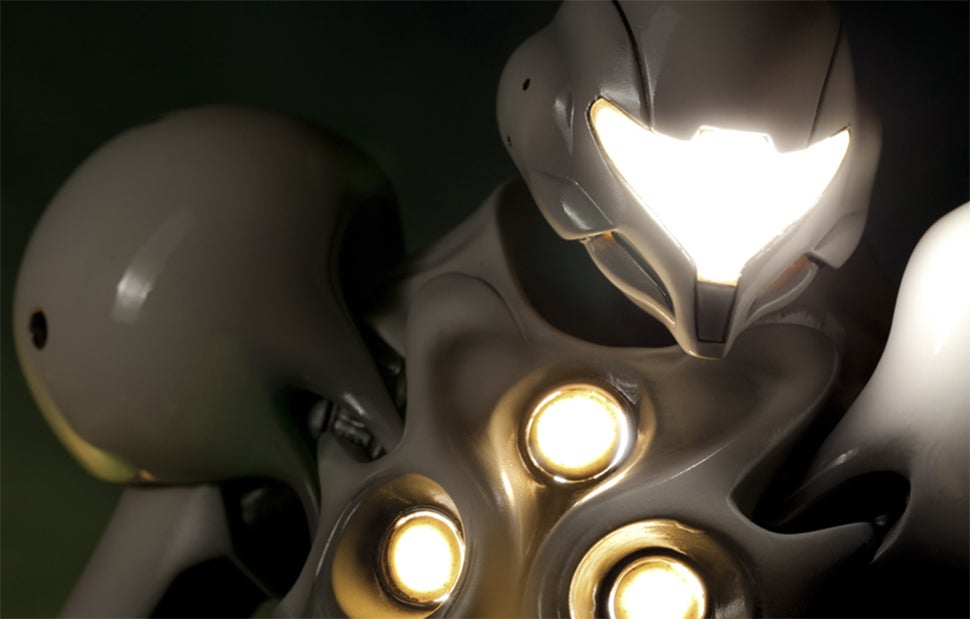 Acquiring the glowing, bone-coloured Light Suit was the coolest moment in Metroid Prime 2: Echoes, and one that deserves to be commemorated by a 20-inch tall, $US365 glowing statue from First 4 Figures.

Feels like I've been waiting forever for more Metroid from First 4 Figures, and Light Suit Samus was definitely worth that wait. This suit design might be the prettiest thing to come out of Gamecube-era Nintendo, and it looks fabulous as a physical 3D thing. 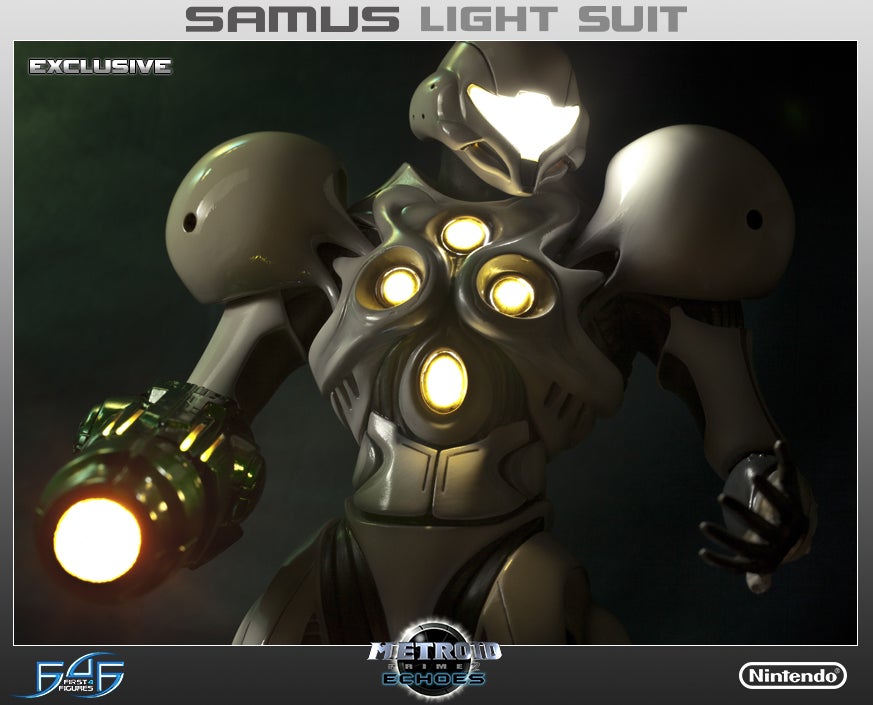 As with all First 4 Figures statues, Light Suit Samus comes in two flavours — regular and exclusive. With a 2500-unit run and priced at only $US340, the regular edition will be much easier to acquire, but there's a huge difference between the two. 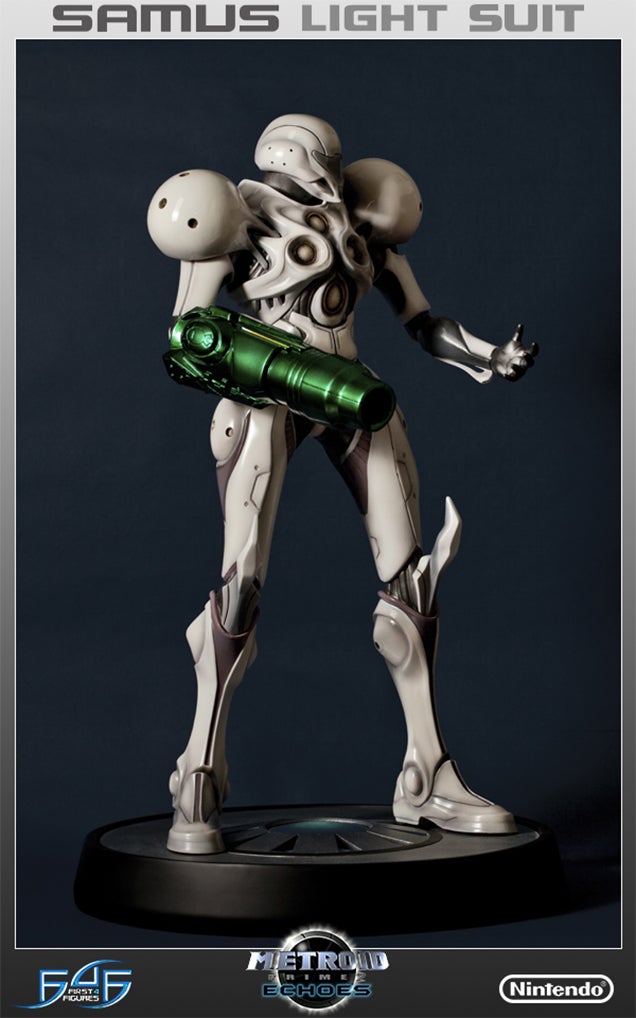 The regular edition has no lights. What's the point of that? It's still got some pretty amazing detail going on, but it doesn't glow? Like, at all? 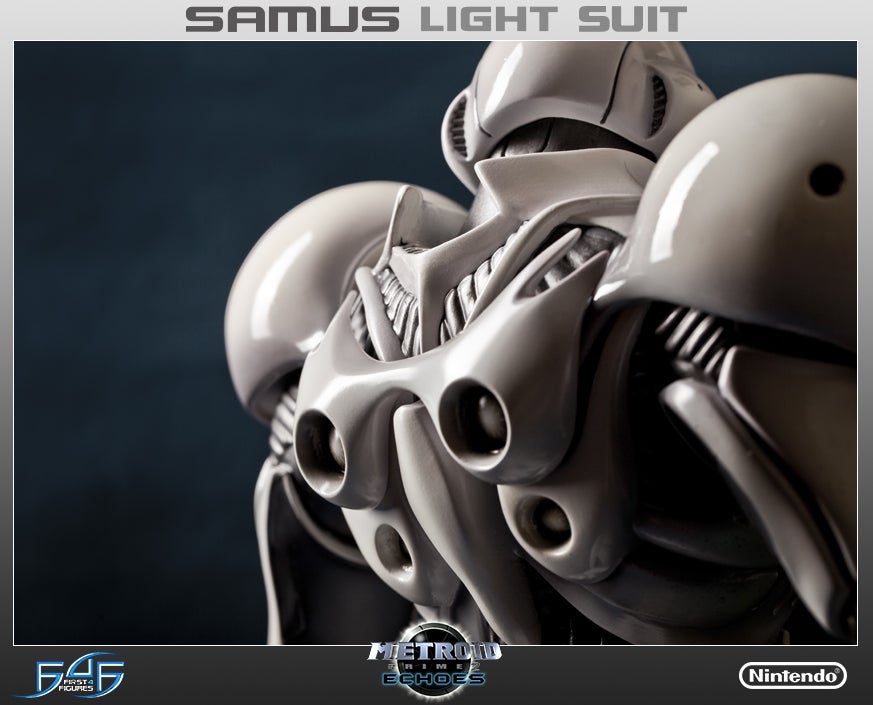 Bah, forget that. If you're going to go into the $US300-$400 range for a stature, you might as well go the whole way. The Exclusive version not only features a glowing chest and weapon, but thanks to LEDs in the statue's base, it bathes Samus' crotch in an ethereal light. 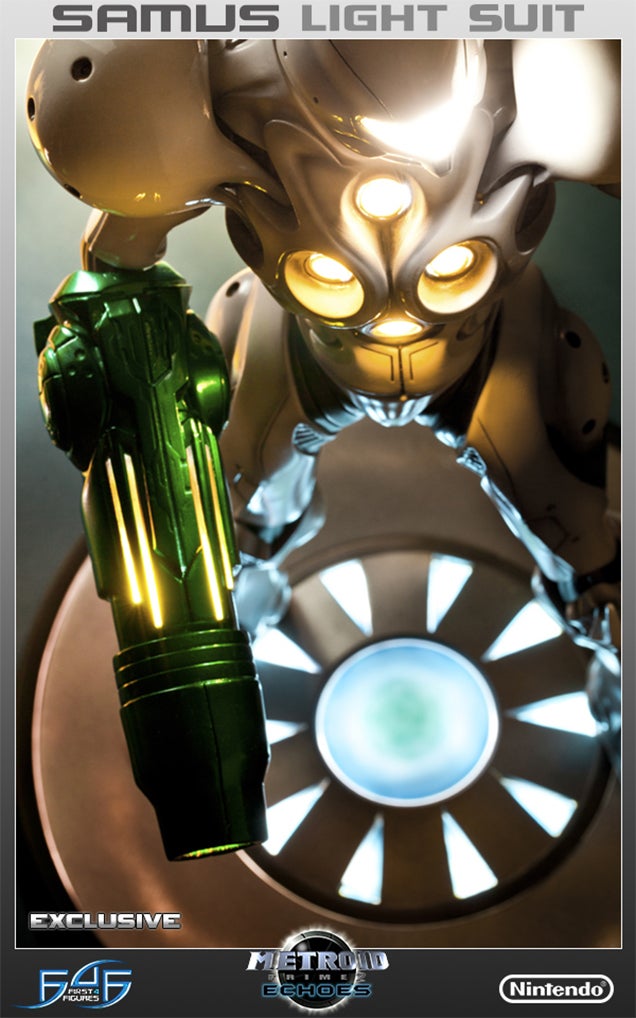 The catch is First 4 Figures is only making 750 units of the really good edition, so if you're planning on procuring one, the earlier the better.