Some Fans Pissed At Rust Creators For Working On New Game 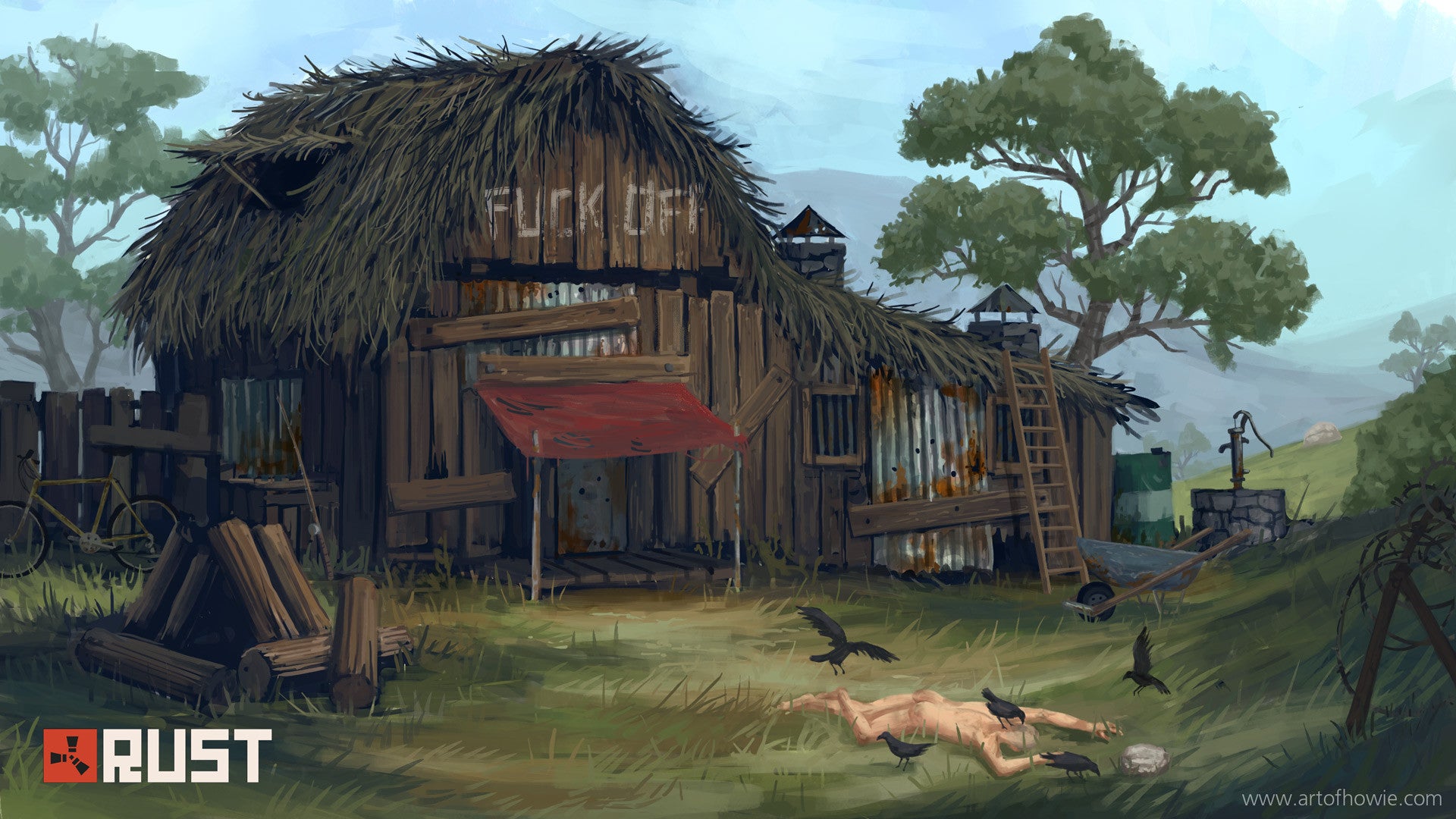 A month back, news came out that Rust — the ultra-successful survival game from Garry's Mod creator Garry Newman — would be rebooting. Then, a few days ago, Newman's Facepunch dev team revealed a new game. That announcement was met by outrage from Rust players. Why work on something new when your successful but famously unfinished game wasn't in its final form yet? But Newman says Rust fans don't need to worry.

Announced late last week by Facepunch designer Adam Woolridge, twin-stick shooter Riftlight will weave action-RPG elements into an outer-space action game. It's a big departure from Rust's first-person pants-free scavenging. Some complainers think that a smaller studio like Facepunch can't work on both a big, early-access multiplayer game like Rust and another new game with randomly generated levels. 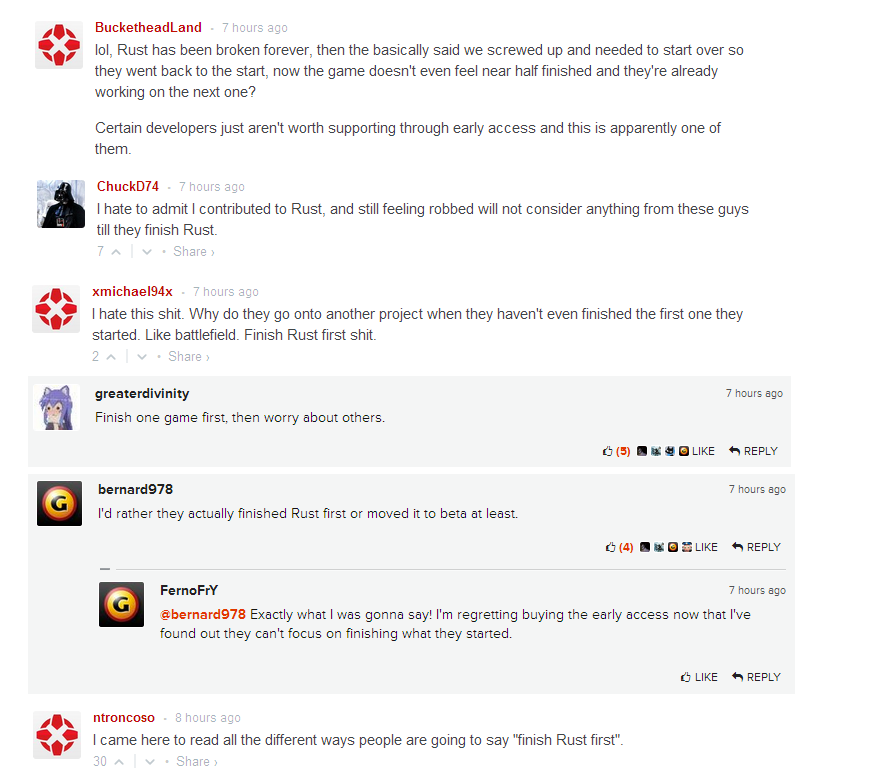 Newman says that's not the case:

Are we crazy? Are we doing it wrong? Should every person in the company be working on the same thing? Should HBO make one TV show at a time? Should Warner Brothers make one movie at a time?

Our strategy at the moment is to hire talented people to make the games they want to play. We're not asking you to fund this. We're not starting a kickstarter and begging you for money — we're funding it.

We are spending money Rust and Garry's Mod make to do this. Arguing that we should be re-investing that money back into only those games is like telling apple they can't spend the money they made from iPhone and Macs to fund the development of the iPad. Keep in mind that we spent money Garry's Mod made to develop Rust — and that turned out pretty good, right? Or should Helk and Pat have been working on Garry's Mod all that time?

I think a good company develops continually, and the more things we're working on the better. I think this strategy is working out for us so far.

He goes on to explain that Rust has its own dedicated team:

Some commenters have expressed their feelings that they 'funded' Rust and we're running off with the money. None of this sentence is true. We funded Rust for 1-2 years before it eventually became what it is. You bought early access to it. When you buy a pizza you aren't funding Dominos, you're just buying a pizza. It's true that the sales of Rust have been insane and we have stepped up development to suit, and I think you only have to compare the experimental version to the live version to see that.

… the people who work on Rust are working on Rust. They're not working on prototypes. That should be very obvious by the dev-blogs we post every friday.

Update: Garry Newman's responses to questions about Rust and Riftlight are below:

Kotaku: Can you tell us a percentage of Facepunch staff working on Riftlight and on Rust?

Newman: We have about 25 staff. Only one of them (Adam) is working on Riftlight. It's not a big project by any means - it's just a prototype. Of those 25 staff we have 5 working on prototypes. All of those are people that were hired specifically for their ability to make games on their own.

Newman: We don't know. It's too early to make any predictions about it, it's a prototype - it could just get thrown away.

Kotaku: Any other comment on the response to the Riftlight announcement?

Newman: I worked it out today to see how much of our budget we were actually spending. This year, we spent 0.04% of Rust's income on prototyping. That's not even counting Garry's Mod's income.

I think it's important to say realise that most studios are working on these prototypes (they'd be stupid if they weren't). The only difference between us and them is that we intend to do it in the open by posting regular devblogs about them.

Hope this makes it a bit clearer.