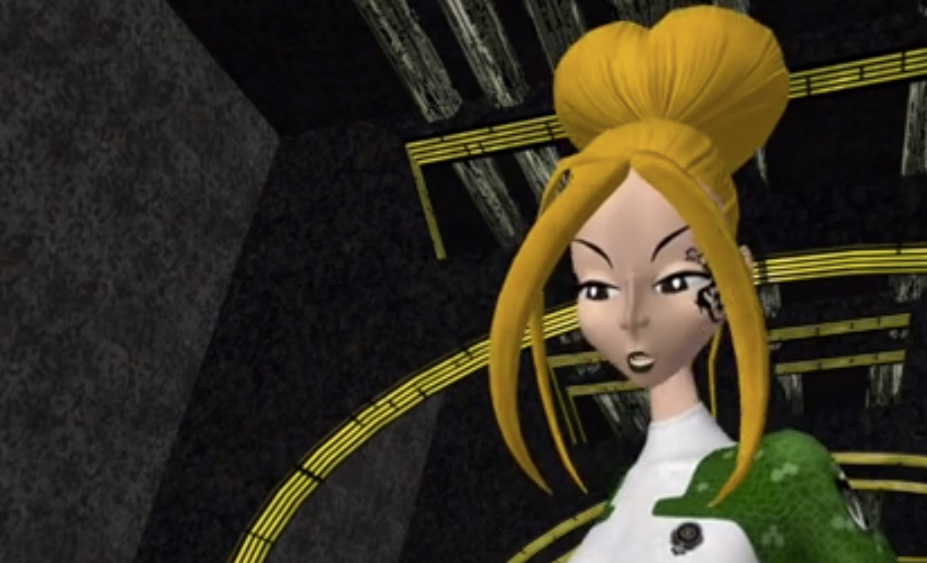 Game developer Brianna Wu fled her home last night, following what is becoming a distressingly frequent case of women in the gaming scene expressing fears for their safety due to online harassment.

Wu, a developer in Boston who recently released the well-receivedRevolution 60 mobile game, said on Twitter last night that she and her husband had called the police and left their home to stay elsewhere after receiving a spate of vile Tweets that included death threats and the couple's home address.

The police just came by. Husband and I are going somewhere safe.

Wu, who has written about the harassment against women in gaming, has long been critical of the recently-formed Gamergate movement and what she and others have seen as the targeting of women in the industry. Earlier this week she caught the attention of users of the pro-Gamergate message board 8chan after Tweeting snark about the movement, only to then see users of that board mock her, post details about her husband and ultimately publish her personal information (a screencap of a post with redacted info remained on the thread on Saturday).

"I was literally watching 8chan go after me in their specific chatroom for Gamergate," she told Kotaku today. "They posted my address, and within moments I got that death threat."

Wu contacted the police and tells Kotaku that they offered to send patrol cars by her home. As she noted on Twitter, she left home last night and has not returned.

Wu's account of her harassment was widely retweeted last night and viewed, by many, as a distressing new incident to add to the progression of people in gaming, mainly women, who've born the brunt of intense harassment largely due to their views on games and the gaming scene. Wu joins Zoe Quinn, the indie developer who was the original target for what was then not yet called Gamergate in late August and who said she had to leave her home due to threats. There is also Anita Sarkeesian, the critic behind a video series about the depiction of women in gaming, who chronicled in late August the most recent threats that had her leaving home and notifying police out of fear for her safety.

Captain Richard Flynn of the Arlington, Massachusetts police department confirmed to Kotaku today that the police took a report on the incident last night and that "the matter is now under investigation by our Criminal Investigation Bureau."

While Wu received a lot of sympathy online, she was also charged by some with making the whole thing up. She bristles at that, of course. "I am a professional developer," she told Kotaku. "The quickest way I could think of to end my career and destroy my credibility would be making something like this up and getting arrested for filing a false police report."

Wu's main Tweet about the harassment has been re-tweeted more than 7,000 times. The originating account was suspended last night, though the identity of who committed the harassment remains a mystery. Wu received a lot of sympathy online, but her experience also became a new flashpoint for ongoing discussions about harassment, the Gamergate movement, and intersections between the two.

Some supporters of Gamergate denounced the harassment, urged the account to be reported, and pushed back at the idea that it is representative of Gamergate:

But there are also observers who've thrown up their hands at this point, saying Gamergate is too linked to reports of harassment and that those who support its ostensible mission — the defence of gamers against anyone in the gaming media or gaming scene considered to be anti-gamer — should disassociate themselves from the Gamergate label:

Ostensibly, Gamergate was born of a desire to defend gamers' interests. Technically, the Gamergate hashtag was started by actor Adam Baldwin — he was the first one to use the Twitter hashtag, back in August — and it's been used regularly, more than a million times since, for a variety of reasons, doubtless by a range of people, from harassers to critics to people with legit questions and concerns about games reporting.

Baldwin may have given the movement a name, but the movement itself had already existed. In the days prior to Baldwin's tweets, it was not defined not by an overarching desire to see more accountability and transparency in the games press. It was aimed at a single woman: Game developer Zoe Quinn. Quinn had been accused of sleeping with games journalists in exchange for positive coverage — accusations which were swiftly debunked, but have lingered nonetheless. It was in response to accusations about Quinn that Baldwin tweeted the hashtag, and the two things — Gamergate and the campaign against Quinn — have become intertwined.

Since the initial accusations, Gamergate has expanded to cover a wider variety of topics, including anger over articles critical of the "gamer" identity and even claims (untrue) that the site you're reading is anti-gamer. Women in gaming have been in the line of fire for a lot of this, which is what has garnered the movement a repulsive reputation to many that it's failed to shake off.

Threats and harassment involving people in and around gaming also, sadly, appear to be proliferating and go back some time. For two years, gaming critic Sarkeesian has been dealing with harassment and threats from some who dislike her videos that critique the depiction of women in games. [UPDATE: It should be noted that Gamergate people have complained of harassment as well. The pro-Gamergate reporter Milo Yiannopoulos, for example, Tweeted a photo several weeks ago of a syringe with fluid in it, presumably mailed to him by someone who dislikes him or his work. He mostly appeared to laugh it off.]

Death threats against game developers are also all too common. In early 2012, we reported about how Robert Bowling, a developer then working on Call of Duty,was sent suspicious packages by players furious over things as minor as changes to features in the game. "People were revealing my home address and my girlfriend's telephone number and doing things like that, and encouraging people to show up or send stuff or to call," he said at the time. "People would actually follow up on that."

The fact that threats like that are increasingly commonplace or that some people can bear them doesn't make them ok, of course, and has left many in the gaming scene wondering how in the world to de-escalate things. Consider the Kotaku staff among that group. We hate the harassment, the intensity of it, the turning of concerns and questions into threats. We assume our readership is with us in our condemnation of the kind of harassment that Wu and everyone else in and around gaming have received.

"I don't know what else to do but stand tall," Wu told me today. "I'm not letting people intimidate me and will keep doing what I love."

To those reading this who feel that coverage of harassment and threats is a dismissal of concerns about how the games media or gaming industry works, know that it's not. We've addressed and investigated such topics before and will do so again. But Friday's incident brings a different aspect of the Gamergate controversy to the fore: the targeting of women, the sense that discussion about gaming, games media ethics, and gamers will be forever contaminated by an ugliness disproportionate to the issues at hand. This is a potential new status quo that we at Kotaku reject. The kind of harassment that sends anyone in the gaming scene fleeing from their homes is detestable and should be condemned no matter where one stands on anything else.