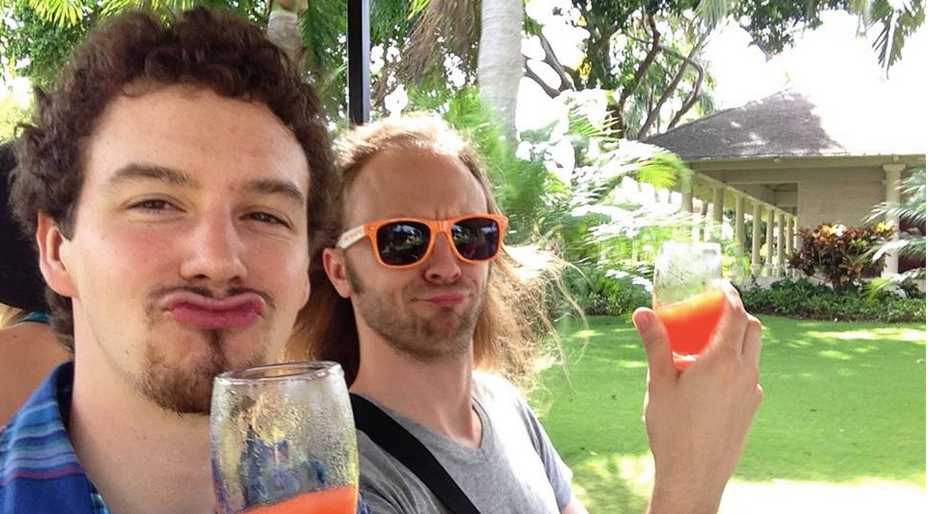 I've been playing Bloodborne for a little over a week now. It's been exhausting and awesome.

After a few days of playing, though, some friends came over to hang out. I needed a break. Some of them were Souls fans, some of them were not. We wanted to come up with a way for everyone to enjoy Bloodborne, and our eyes turned toward the beer in the fridge.

This is not, of course, recommended when you want to play skillfully. (Though I've found two drinks helps me calm down and play a tad bit better! Your mileage may vary on that one.)

Here's what we started drawing up on a whiteboard: 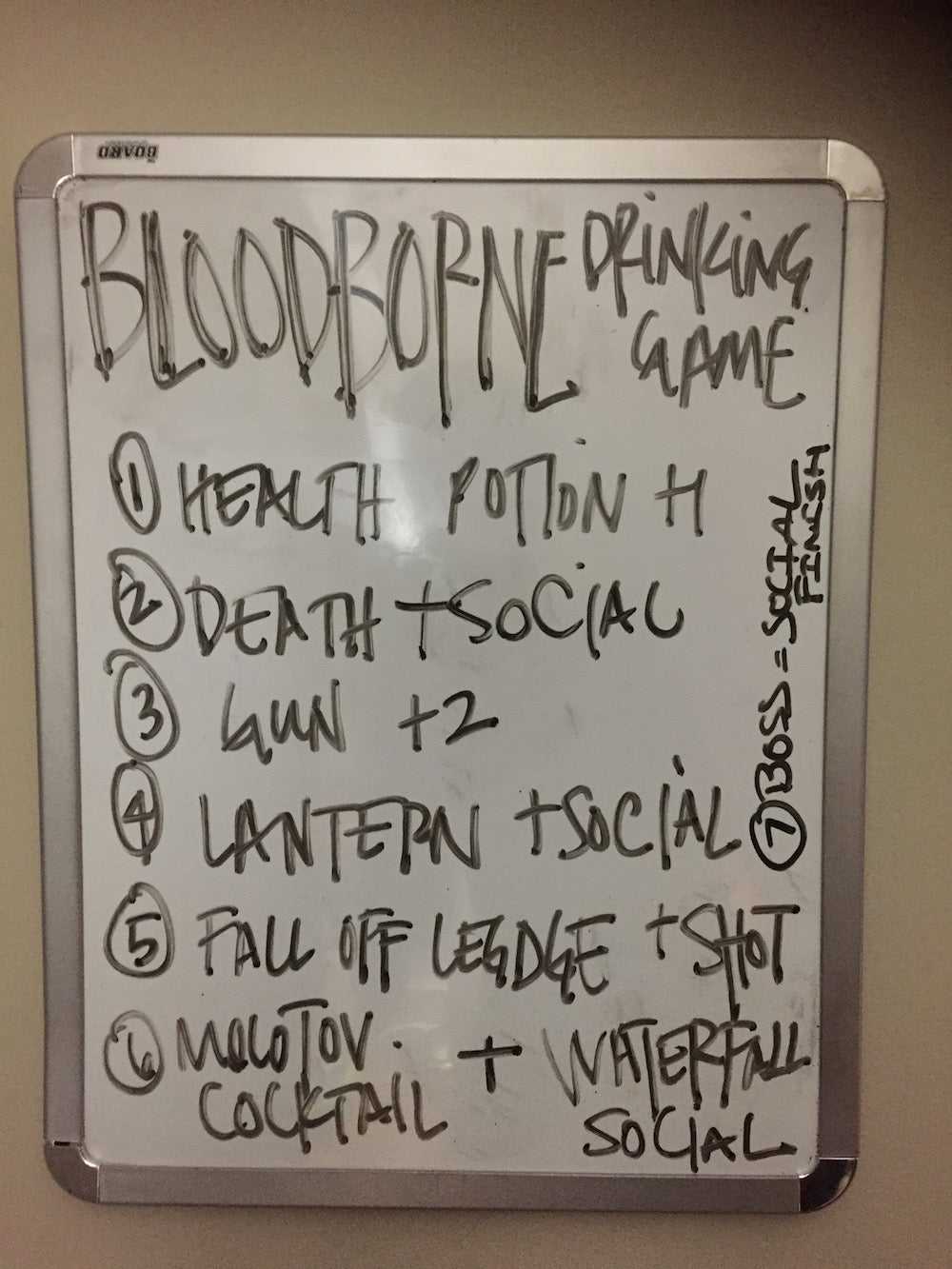 If you can't read through my wife's handwriting (don't tell her I said that), I can help. I've come up with some modifications to the ruleset since, as a few don't correspond to their challenge.

You might be thinking to yourself "hey, Patrick, a lot of these things happen in Bloodborne" a lot! You're right, buddy. Part of the drinking game's design is to force you to play differently!

You probably have some rules of your own, and I'll happily read them in the comments.

Have a good weekend, everyone! Happy hunting!