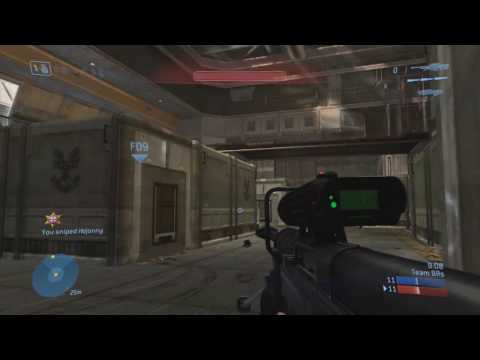 I’ve watched a lot of professional Halo and I’ve seen some incredible sniper shots, but I’ve never seen anything like this.

In Halo, sniper shots can ricochet. Every now and then this results in a weird trick shot — a bullet bounces off a wall and somehow manages to take someone out.

But this? This is insane. A still-shot at the end of the video shows precisely what happened. One player randomly fires off a sniper shot, it ricochets off three separate surfaces and somehow manages to still hit an opponent. Insane.


Halo has a history of these weird trick shots. Bullets can also pass through players, meaning that you could potentially take out an entire team of four players with one single shot.
Man, now I’m getting really nostalgic for all those crazy sniping montages.