Confessions of a Witcher 3 Newbie 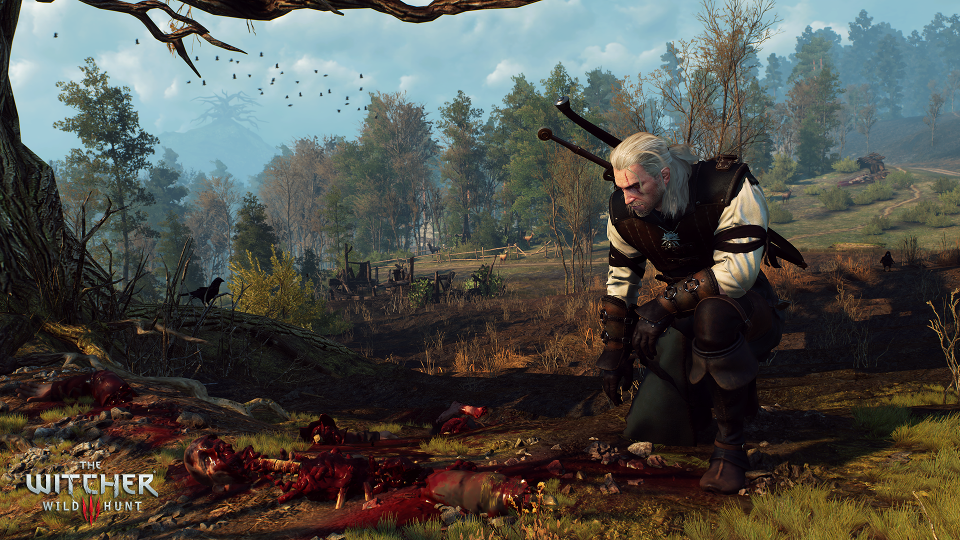 Or, if you prefer “Oh God, Oh God, Why Am I Doing This What’s Going On Argh Argh Argh Why?”

Forgive me gamers, for I have sinned.

No, this isn’t a confession about that time with the Bubble Bobble plushes and the industrial-sized tub of hummus, or even that time when I “accidentally” walked in on Shigeru Miyamoto and the… but no. What goes on tour stays on tour, as they say.

Amidst all the hype for The Witcher 3: Wild Hunt, I had a very particular sin to deal with.

Sure, I was aware of them. I’d even been advised by Kotaku readers to start playing them a while back.

Somehow, though, it never actually happened, right up until I requested a review copy of The Witcher 3: Wild Hunt. Which means I’ve got to face that particular gaming sin head on. By diving head-first into the third game of a series with, from what I understand, has a very strong narrative arc.

This is the story of my attempts so far.

The very first thing to attend to would be actually downloading it; the code that’s provided to me was for a download copy of the PS4 version.

That means a pretty hefty wait before I can start actually Witching. I mean, I guess a game called “The Witcher” must be to do with Witching, right?

That would make sense given the general rules of the English language. I’ve certainly got plenty of time to ponder on it while 30+ GB of files download very slowly.

Mental note: Australia needs better broadband. Somebody should get onto that.

It also gives me time to ponder all the songs I can think of with “Witch” in the title. Unfortunately, my head gets stuck on just one.

The last five per cent of any game download, according to research I’ve conducted in my imagination while waiting for The Witcher 3: Wild Hunt to download, is the slowest and most painful part. But eventually even that passes, and I can start playing.

Man, this game likes its cut scenes. I quickly discover that I could skip them by tapping the square button. They’re very pretty, although I do kinda take the point as to why folk are a little peeved that it doesn’t quite look like the sizzle reels did.

But before I can work out why Geralt’s eyes are like they are — I’m choosing to think that it’s down to some really heavy-duty pills — I’m into actual gameplay.

Geralt, it strikes me in this opening sequence, looks rather like a member of Bros as reimagined by Rob Liefeld. So many pockets… although at least he’s got decent feet, as evidenced from his ability to go into a straight run at the smallest flick of the controller. It’s slightly disconcerting, because while even at the earliest stage this is clearly a very pretty game, animation breaks like this present real breaks from the reality that the game’s trying to present.

I also strongly suspect, and I’m starting to regret, not playing The Witcher and The Witcher 2, because the narrative depth of the story is one that I’m already sinking into, and I’m not even outside the very first area yet.

Tutorial over, and Geralt’s now a whole bunch older, and a whole lot more worn. A kind of Snake Plissken with the voice of Connor Macleod, if you will. And I’m chasing after what I can only assume is a lost love, because, again, the narrative assumes at this point that it make sense to the seasoned Witcher player. Or maybe it doesn’t — I just flat out don’t know.

Dipping your toes into a series like this in the third chapter is of course a big risk; I might be skipping over bits of plot that defined who Geralt is or where the real story hooks lie. At the same time, it’s allowed me to be a little aloof with the details, because I can dive more fully into the gameplay aspects of The Witcher 3: Wild Hunt. So far — and for timing reasons, I’m really only about five hours in — it’s holding up well within what are some fairly complex crafting and combat mechanisms.

It’s a lot to take in, but I can appreciate complexity when it’s presented well, and so far I can’t really complain about The Witcher: Wild Hunt’s core gameplay ideas. Although I do think that Red Dead Redemption’s horses were better, even though they were less detailed.

The narrative is meant to be the other big hook for The Witcher 3: Wild Hunt — or at least I’m led to believe that it’s meant to be — and there I’m substantially less hooked. Is that just a matter of coming in late, or not?

It’s hard to say, really. There’s a lot of text to digest if I so choose, and I do like how simple things like message boards serve not only as hubs for jobs I can take, but also to flesh out the rest of the world.

In some ways the mix between the well written text and the somewhat repetitive villager dialog is jarring. If I have to hear that kid sing his nursery rhyme when I ride past one more time he’s going to be on the blunt end of a silver sword, the little monster. Except, yeah, I can’t actually do that.

Yes, I should probably read the tips guide published here the other day. Although I’m not a big fan of such things, because they feel a little spoilery or like cheating to me. Again, maybe that’s just a personal quirk.

As a complete Witcher noob, am I entirely gripped in the way that I can be by so many other open world games?

Not quite. The weight of the existing world and the complexity of the narrative is a bit of a stumbling block if I’m honest, and if, like me, you’re new to the series I think it’ll be the toughest hurdle to overcome.

That being said, for now, I’ll plough on levelling up and enjoying Geralt’s adventures, even if I can’t shake sneaking suspicion that I’m missing lots of “obvious” callbacks that series veterans will take in their stride.

Equally speaking, I still can’t seem to shake that damned Chantoozies song. I wonder if Geralt has a curse for that?