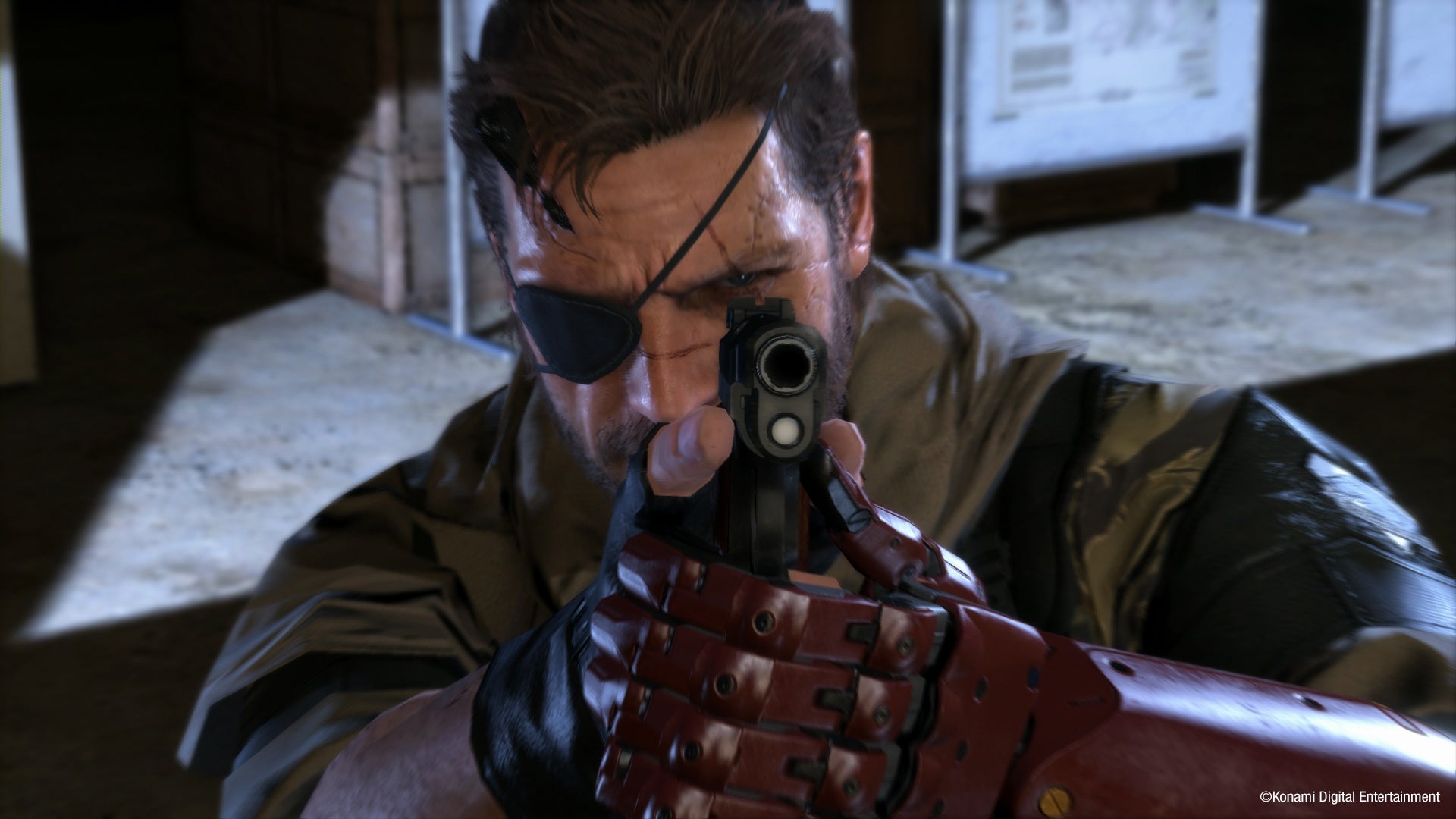 After weeks of silence over rumours about Hideo Kojima's employment and the deletion of P.T. from the Internet, Konami's spoken up. But if you were hoping for answers, keep hoping.

It wasn't the endless headlines about Hideo Kojima, Silent Hills, or P.T. that caused the company to stir. No, it was the perception Konami's future would be exclusively mobile games.

This all stems an interview with Konami CEO Hideki Hayakawa, translated by a NeoGAF user, in which it sure seemed like the company was leaving traditional game development behind:

"Gaming has spread to a number of platforms, but at the end of the day, the platform that is always closest to us, is mobile. Mobile is where the future of gaming lies."

"We hope that our overseas games such as MGSV and Winning Eleven continue to do well, but we are always thinking about how to push our franchises onto mobile there too."

In that context, it's not a surprise Konami would begin moving away from producing expensive games like Metal Gear and Silent Hill, even if it upset lots of people along the way. It's business!

In a statement sent out to several other media outlets and passed to Kotaku, the publisher tried to walk back these comments — sort of. The statement doesn't really address anything we want to know about the future of these two franchises, whether Konami is pushing Kojima out the door, and why P.T. was removed from PlayStation Network entirely. It's all corporate puffery.

Let's go through it, statement by statement.

There have been certain brief quotes reported by several media outlets taken from a Japanese web article about KONAMI that was issued recently. Some of these quotes have lacked the necessary context and caused unrest within our key stakeholders including our community, members of the press, our partners, and our fans. We are aware that the conjecture surrounding our recent changes has prompted a great deal of anxiety, for which we apologise. To further aid in your better understanding of KONAMI's business strategies, we would like to share the English translation of the entire article.

KONAMI, as a company, underwent a major structural reorganization in March this year. The aim of this reform has been to guarantee that, in the quickly-changing digital entertainment industry where new game designs and platforms constantly alter the market environment, we can accurately observe new customer demands and market trends, and apply our long-established technology and knowhow quickly and effectively with a range of targeted responses.

Take a drink for every buzzword! Actually, don't do that. It sounds dangerous.

Konami does seem to be shifting to becoming a mobile-first company that occasionally dips into big budget video games. This is happening all over in Japan, but Konami's not publicly making the transition as smoothly as others. A lack of communication is a huge part of the ire from fans.

The reorganization process has entailed repositioning our production studios, shifting our game development to a more centralised production division system. "METAL GEAR SOLID V: THE PHANTOM PAIN" director Hideo Kojima and his team members are hard at work in the new production division system, bringing the game ever closer to completion. Regarding the release of "METAL GEAR SOLID V: THE PHANTOM PAIN," we have been overwhelmed by the outpouring of support from fans in the U.S., Europe, Asia, and elsewhere worldwide who are eagerly awaiting the game's much anticipated September 1st launch. To this end, the development team is diligently working together to ensure those high expectations are answered in full.

This says absolutely nothing about the one question everyone wants to know: is Kojima fired? Konami can issue statements all day long, but nothing here gets at the heart of what's rocked players for the past few weeks. These sentences are husks, purely meant to fill the blank void.

My guess: we won't hear a peep until Kojima is giving interviews closer to the game's release, and even then, it will be tepid statements focused on trying to make this The Best Game Ever.

We would also like to take this opportunity to state that the METAL GEAR and SILENT HILL series, both beloved by countless fans around the globe, are also extremely important to KONAMI. We have nurtured them with care over many years since their inception, and will continue to produce products for both franchises, but we are not currently at a stage where we can announce the path these future titles will take.

If the last couple of Silent Hill games is what Konami calls being "nurtured with care," maybe we don't want them to make anymore Silent Hill games. As for Metal Gear, while most have been rooting for Kojima to dream up new worlds for years now, the way Konami has handled The Phantom Pain's road to the finish line — you know, like scrubbing his name from the marketing — suggests there's not really a plan for the future.

"Not currently at a stage where we can announce the path these future titles will take" also makes it sound like they're starting from scratch. Chances are we won't hear anything for years.

KONAMI will continue to embrace the challenge of creating entertainment content via different platforms; across not only mobile platforms, but for home consoles, arcade units, and cards, to meet the changing needs of the times.

This might be the most sensible thing Konami's said, actually. They're a company that needs to make money, and the risks associated with making increasingly expensive blockbusters is not a business everyone wants to be in. Konami is looking for more reliable sources of revenue, and if that's the path forward, fine. The flames towards Konami has not come from a desire to see the company go broke making Metal Gear, it's pretending their fans don't even exist.

Your support for our current endeavours, and your spurring us on to greater heights, are as always deeply appreciated.