Panzer Corps is one of the best — and most underrated — strategy games available on the PC. Thing is, it's a bit old-fashioned. Order of Battle: Pacific is what you get when a studio takes the same basic premise and makes it a little bit more 2015.

OoB:P is a turn-based strategy game, played on a map made up of hexes, in which two Second World War armies (in this case the Japanese and Allies) face off for control of objectives. There's very little in the way of economy or grand strategy to worry about; all you've got to is put your army on a map and fight. PC gamers, think Panzer General (or Panzer Corps!). Anyone else, think Advance Wars and you're 85% of the way there.

OoB:P isn't just another Panzer General clone, though. While it takes a lot of cues from the classic template, from the hexes to the way your core units carry over between missions, it does enough new and interesting things to make this feel fresh even for veterans of this style of game. 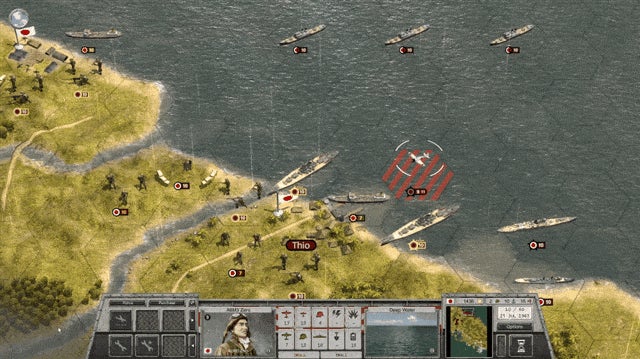 For one, it has actual 3D units, which are pretty nice! Little planes fly about the map and crash into the ground, little battleships swivel in the water and unload salvos and little men trudge through rivers and die agonising little deaths in the jungle. It's all very basic stuff, but it's welcome in a genre that's usually content with static pieces sliding over a map (or with 3D units that are death to eyeballs).

More ambitiously, though, OoB:P tries to add to Panzer General's formula, and it does this in two key areas. The first are commander units, which are earned through completing bonus objectives. These commanders can be attached to your regular units, transforming them into super units, able to hit harder but also influence the allies and enemies around them. Considering you could already name units and take them between missions, having super units only adds to your attachment (and options for customisation) to your army.

The second, and more important, is the introduction of supply. Previously, Panzer General-type games only paid lip service to supply, with basic fuel and ammo counters the only things you'd need to worry about. OoB:P throws this out in favour of an elastic lines/zone of supply system, similar to that seen in Unity of Command (another underrated classic). 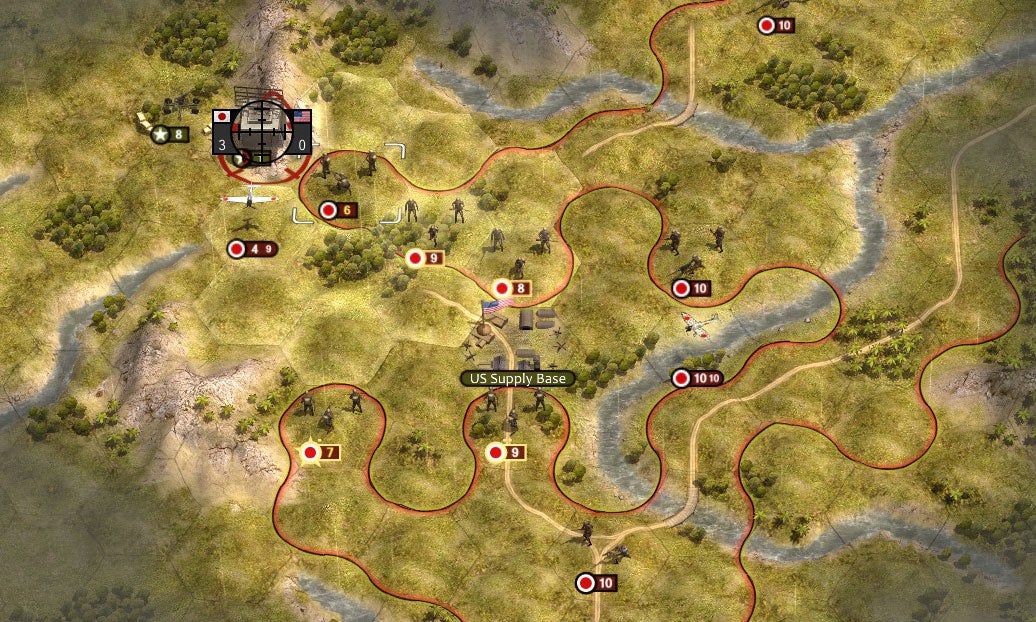 My supply zone is marked in red. If an enemy cuts it off, those units will be rubbish.

Specific points on the map, whether they be cities, towns, bases or even beaches (if they have got a supply ship adjacent) all product a certain value of supply. So long as you can keep your supply lines open, your army will fight at maximum capacity, and you'll be able to bring in reinforcements. If the enemy cut you off, though, you won't be able to reinforce, and you'll find the combat effectiveness of any isolated troops greatly reduced.

I ran into a few instances where this system shit the bed, mostly on the bigger maps where a single, wounded enemy unit could somehow cut off an entire army from its supply, but for the most part it worked! And I'm glad it did: these type of games, unable to really deliver that many types of objective beyond "attack everything" or "defend everything", can sometimes feel like a grind as you mash your way from objective to objective; having supply lines to worry about (and having them as an additional way to deal with the enemy) kept OoB:P a bit more interesting. 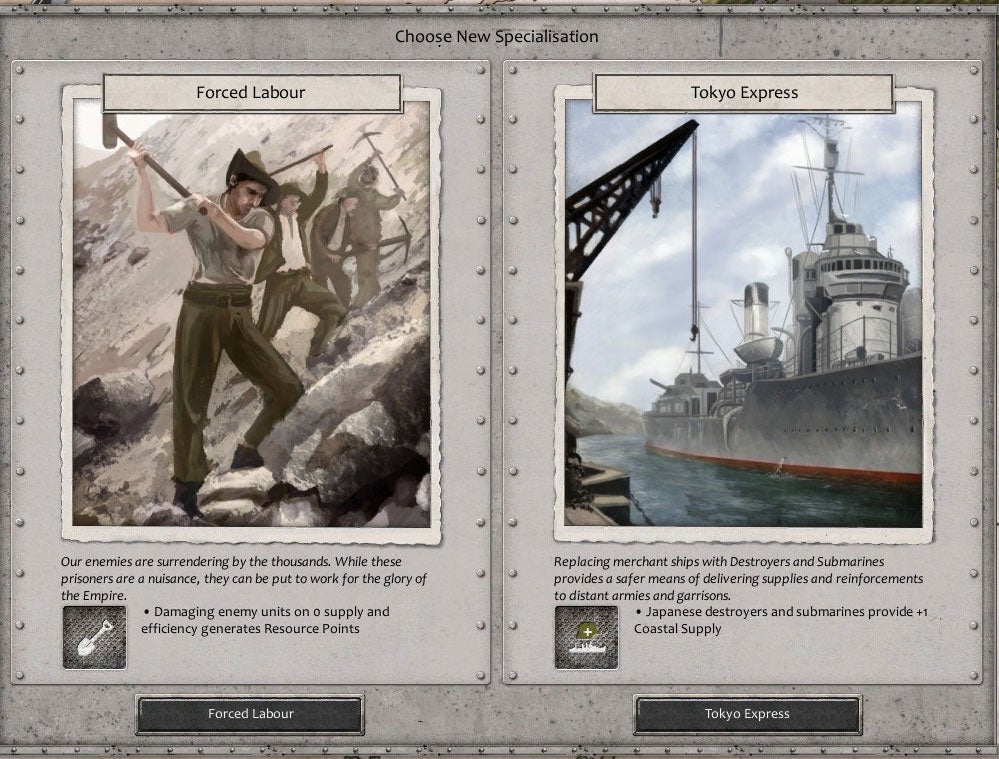 As an Australian, some of the campaign perks could have been handled a little more... tastefully.

Except for naval battles. Ugh. Being set in the Pacific, OoB:P spans from Pearl Harbour to the end of the war (either an invasion of Australia or Japan, depending on which campaign you're playing and how well you do). On the bright side, this means that many of the missions presented are the very best type of missions for this game: amphibious invasion maps, where you combine naval, land and air units in a massive coordinated battle. They're challenging, interesting and a load of fun.

This being the Pacific theatre, though, both campaigns also have a few naval battles that take place on maps almost entirely made up of water. Just...endless blue hexes. This kind of map design works on land because each hex can be a different type of terrain, and the variety between them (and their effects on combat and movement) are a big part of the challenge. Battles taking place on nothing but water lose this, and quickly become tiring trudges across the sea, most of the game's strategy shorn away while your ships slug it out.

I also found some of the mission design to be a little wonkier than you'd find in, say, Panzer Corps. Missions spike and dip in difficulty throughout a campaign, and the Allied stages in particular seem to have some issues with pacing (the Japanese campaign, which is longer, also has the better missions).

Much like Panzer Corps, then, OoB:P is a strategy game that despite almost no hype has come out and impressed the hell out of me. By drawing on some of the best elements of Panzer General-style games and adding some welcome new additions of its own, OoB:P is a game anyone who likes taking turns to fight the Second World War should look into.