Nintendo Will Be Shutting Down Wii U TVii Next Month 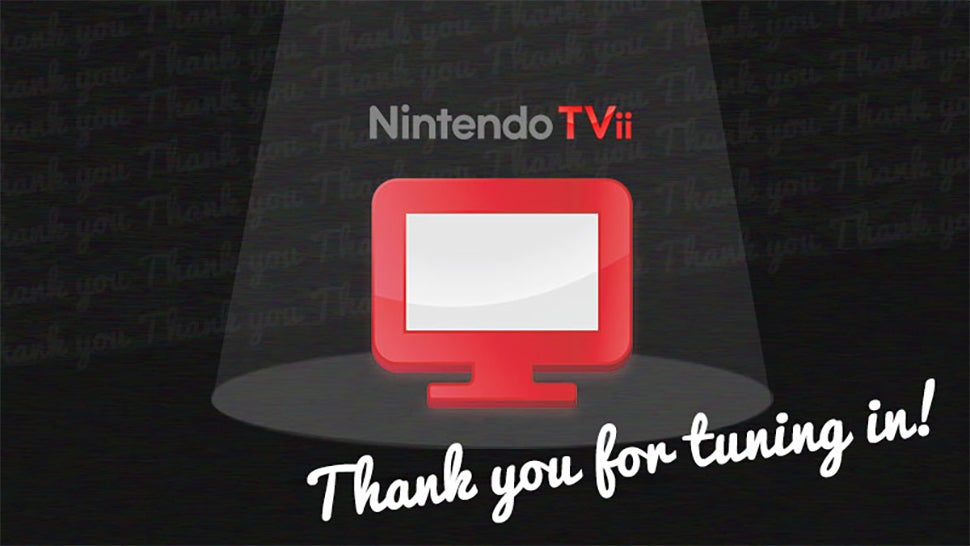 While it never made it to Australia, after nearly three years of letting Wii U owners in the US and Japan awkwardly interact with cable and streaming video services via their game pads, Nintendo TVii is officially going off the air on 11 August. Everyone try to stay calm.

One of the Wii U console's most promising pre-launch features, Nintendo TVii was to turn television watching into a robust social experience, tracking user's favourite shows, making suggestions based on familial preferences, integrating with all of the major streaming video services, programming DVR recordings and acting as a second screen experience on the Wii U game pad. It sounded pretty amazing.

It wasn't really. It was awkward and fumbling and a year later the Xbox One came along with its HDMI pass-through and voice-controlled TV watching and made Nintendo TVii look silly.

So yeah, six months after Nintendo of Europe gave up trying to get TVii working in its territory altogether (dashing any hopes of an Australian release in the same breath), the service is shutting down completely. The news arrived, as most important news does, via Miiverse.

After almost 3 years of finding, watching and engaging with Nintendo TVii, we will be ending the service on August 11, 2015 at 3:00pm PT. At the same time, we will be closing the Nintendo TVii Miiverse community.

We sincerely thank you for all of your engagement within the community and the Nintendo TVii service. We look forward to your contributions within our many other Miiverse communities.

The community, as expected, is devastated. From the Miiverse comments:

You guys realise all we are losing is an under used community and a tv guide right? Cause that's really all Nintendo TVii is, a tv guide. You can also comment on shows as they air, but like I said. The community was under used. Most shows were a ghost town.

are you really killing miiverse but I love miiverse it is where we can show our accomplishments with the world :'(

I almost never used Nintendo TVii since I first got my Wii U in late 2012, therefore I don't mind that it's going away. Before the system was released, it was hyped to compete with the other TV cable boxes, yet it's shutting down prematurely now. Who needs TV channels when we got Internet for allowing us to access pretty much every information TV would provide?

He was actually 2nd.

For the next mario and luigi game, They should include guest stars (Sonic, tails, knuckles, amy, Spyro, mega man, pac man, Twilight sparkle and wreck it ralph) As playable characters as well as yoshi and peach, as a costumizible team.

Aww man. I was one of the few Wii U owners who actually used this function. It was innovative and cool. I loved watching WWE Wrestling and using the game pad as I was watching it.

There we go! Not so much devastation as mild despondence, but we'll take it.

Good night, sweet Nintendo TVii service. We never even got used to saying your name. I leave you with these moving words from the end of Watership Down.

"All the world will be your enemy, Prince of a Thousand enemies. And when they catch you, they will kill you. But first they must catch you; digger, listener, runner, Prince with the swift warning. Be cunning, and full of tricks, and your people will never be destroyed."