Hard West Is A Wild West Strategy Game, And It's Great 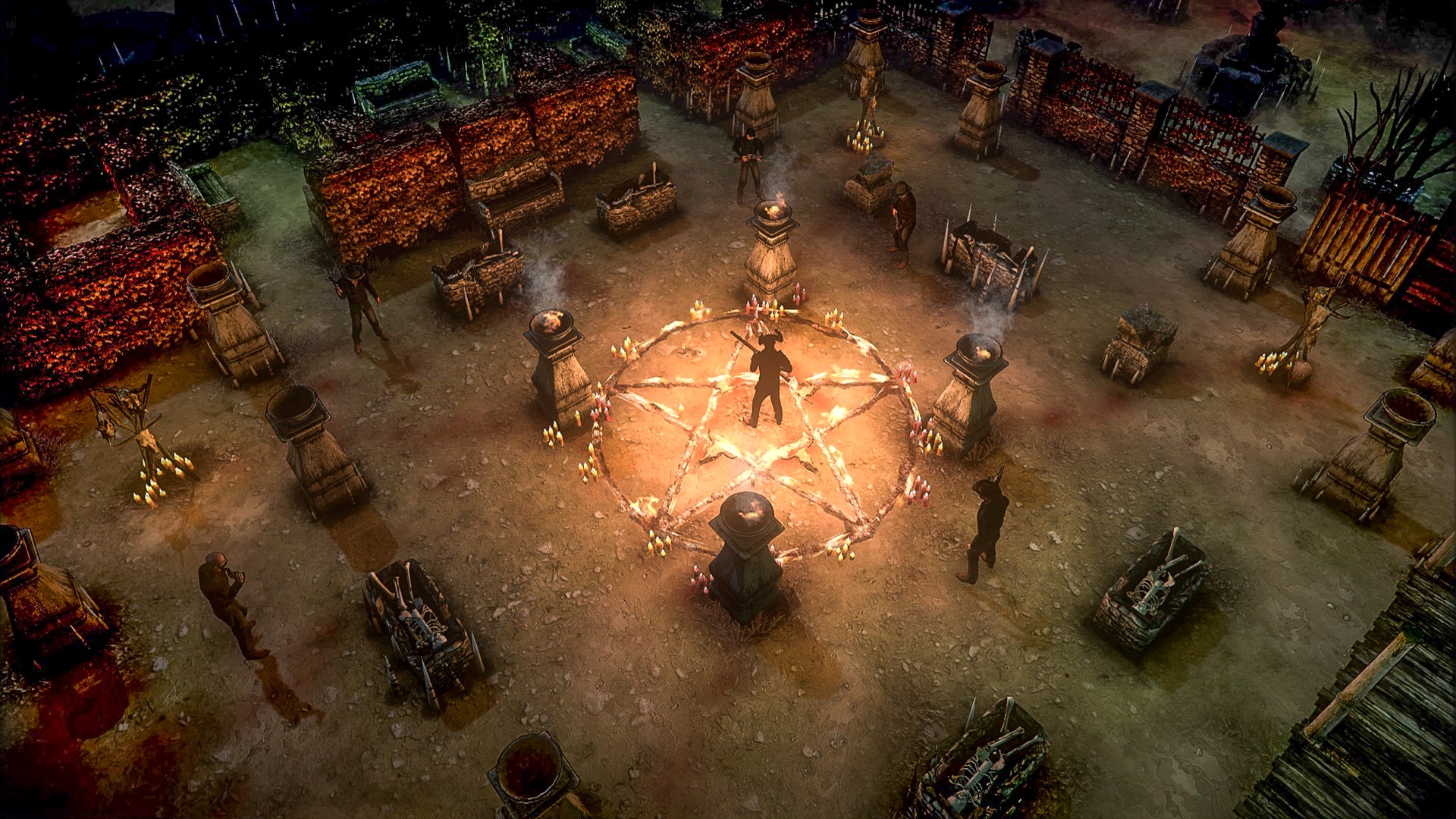 Taken at face value, Hard West looks like what would happen if you took XCOM and replaced aliens with cowboys. And it is that... sorta. But it's also a lot more (and a little less).

Let's get this out of the way upfront: the world we live in — Earth C.117358, Dimensional Subsection IX, the sole dimension in which cowboys are real and not just something imagined by J.R.R. Tolkien in The Silmarallion — does not have enough cowboy games. Sure, there are standouts like Red Dead Redemption and Call of Juarez: Gunslinger, but they only come out once in a blue moon. Hard West, which was made by some of the designers of the latter (profoundly underrated) game, is really impressing me so far. Here are a few quick reasons why:

It's not just XCOM with cowboys

In some ways, it's simpler (for example, there's no overwatch mechanic, which kinda sucks), but it adds thematically fitting features — for instance, the ability to see enemies' shadows based on the time of day and shoot them even when you can't completely see them. Luck is also a stat that goes up and down depending on how aggressively you play, creating a cool risk-reward tug of war. Oh, and if someone's taking cover behind one of the wild west's famed permeable surfaces — for instance a tent or a stagecoach cover — you can just fire away and laugh at them for being an idiot. Watch me do all of that here:

There are also collectible cards that grant characters bonus abilities like ricochet shots and the ability to make enemies bleed on movement.

It's simple, but it's not easy

I died on Hard West's first real combat mission because I let myself get careless. I was cleaning house — or, well, I was inside a house and I was keeping ne'er-do-well ruffians from getting inside and murdering everyone; so I guess I was preventing a mess instead of cleaning it — but I started having a bit too much fun with my stream. Then I failed to plan ahead and, well, that was that:

Hard West really isn't a complicated take on turn-based tactics (its simplicity can even lead to a feeling of repetitiveness in places), but that doesn't mean it will let you off easy when you start thinking you're bulletproof.

It goes in some cool, unexpected directions

Hard West's plot and overworld sections aren't entirely linear but, again, they're pretty straightforward. However, the story and levels still go in unexpected directions. For instance, here's a stealth mission (in a non-stealth game) that doesn't suck:

The story, meanwhile, is a bit hammy, but it's a fun, (without spoiling too much) occult-tinged romp.

Listen to the narrator

That voice. Such smooth, warm tones. All that depth and timbre. It's crazy to think that, during cowboy times, everyone sounded like that.

Here's me dying again, like an idiot. Remember, kids: stay in school. Also, a cornered enemy isn't a defeated one. Quite the contrary; that's when they're at their most dangerous.