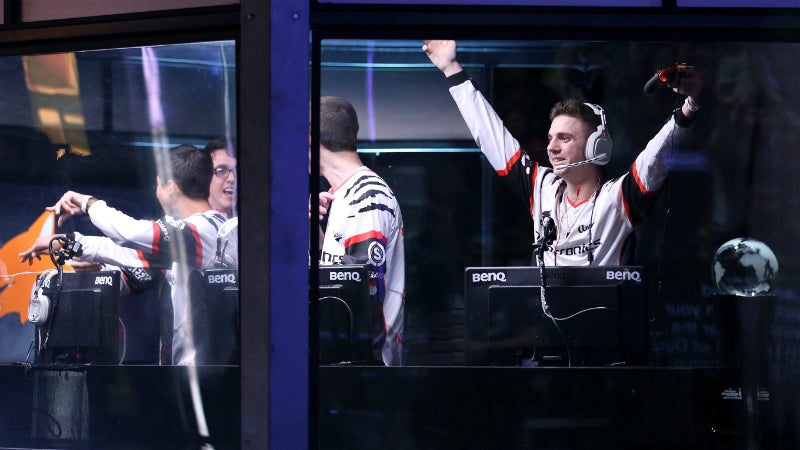 2015 was by far the biggest year for professional video gaming, with 334 million people watching the championships for League of Legends, a multiplayer battle video game. Mix in bigger sponsors, more tech company money, better hardware, and virtual reality, and 2016 could be the year this phenomenon really takes off.

eSports is already huge, but their growth potential is staggering. Research firm Newzoo estimates the industry’s revenues could hit $US1 ($1) billion within two years, and revenue is also expected to balloon 43 per cent by 2018. For the past couple years, juggernaut global brands like Coke have leapt on board for sponsoring gigs.

2015 also marked record numbers in the e-sport-watching audience. Twitch, the website that streams video-game competitions and videos of people gaming, shattered all sorts of numbers this year: In August, 27 million humans watched a tournament for the first-person shooter game Counter-Strike on Twitch — a 30 per cent rise from last year.

That’s inspiring more competition among tech companies, too. Big tech companies: YouTube announced its own app this summer to compete with Twitch, and also to respond to the extremely popular “Let’s Play” videos that have populated YouTube for years.

Going forward? The Los Angeles Times reports that there will be “a huge burst of investment and rapid professionalization” in eSports. The paper also predicts that advertisers and e-sport event organisers will find new ways to enter emerging markets like Latin America, ramp up marketing and crowdfunding efforts, and maybe even build arcades or “arenas” for eSports.

Social VR can help with that last one. Analysts think that virtual stadiums could add a social element and make watching eSports a lot more fun than just staring at players’ digital avatars on a screen.

On top of that, American cable network TBS will air 20 live video game competition events over 2016. It’s part of a new eSports league that Turner Broadcasting and talent agency WME/IMG is forming. Even ESPN’s gotten in on the action: In April, ESPN2 aired a program called Heroes of the Dorm, the finals for a collegiate gaming competition that drew big-budget production value and marked the first time professional gaming ever aired on a major American network. The prize money was big, too: free tuition for the rest of the champion team’s schooling.

So what are the biggest challenges in helping eSports reach its potential — besides getting the tech up to snuff? SB Nation points out that a big obstacle is getting mainstream audiences to accept eSports as something worth watching. While comparably niche in the West, eSports are huge in China, Korea, and Southeast Asia, where some of the top players make millions. SB Nation says that TBS needs to make games like Counter-Strike appealing to a mass audience of viewers, without alienating the active, hardcore gamers.

With more money, more aspiring star players, more viewers, and better technology, we can expect to see even more pro gamers throw down in virtual face-offs in 2016, and beyond.