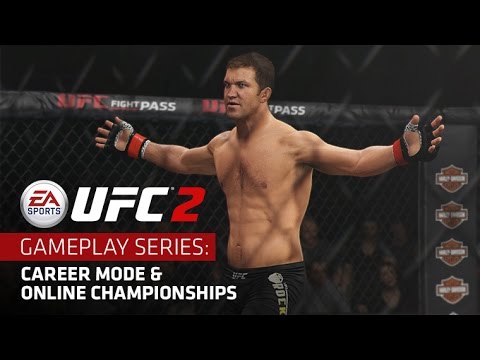 I feel bad for the developers working on EA Sports UFC 2, particularly when it comes to the single player component.

But considering the team working on EA Sports UFC created Fight Night Champion. They have no-one to blame but themselves.

I mean can you remember how awesome Fight Night Champion’s innovative single player mode was? A proper Rocky-style story, drama, villains, twists and turns. It was incredible. I remember thinking (hoping) that more sports games would head down a similar path. That we would see more story-led sports games. Sadly that didn’t really happen.

But it totally should, especially where UFC is concerned. The drama and inner workings of the UFC is nigh on WWE level, particularly with incredible characters like Conor McGregor and Ronda Rousey dominating headlines. Could you imagine a UFC game that took full advantage of that drama and placed into a narrative? Basically do the Conor McGregor or Sage Northcutt story in video game form.

Damn, I would play that game in a heartbeat.