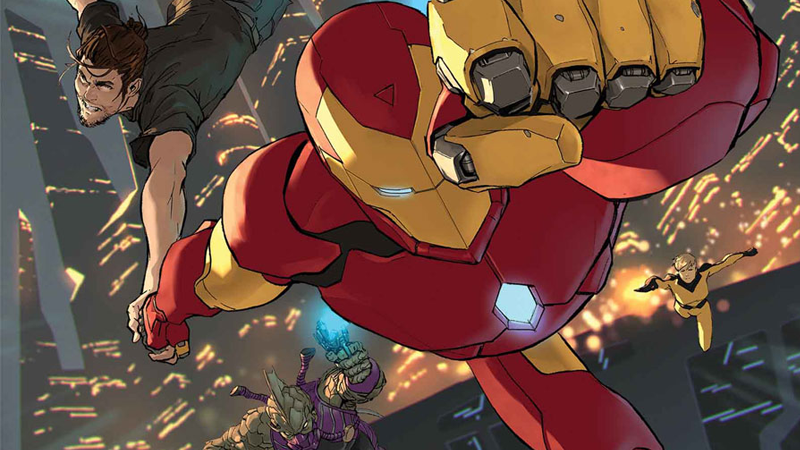 Just when it feels like we have well and truly escaped last year's deluge of Secret Wars comics, Marvel is already ramping up for its latest comic event: Civil War II, which is absolutely in no way (maybe) influenced by the fact that Captain America: Civil War is coming out. And it wants you to buy a lot of comics for it. The company has revealed its solicitations for June, the month Civil War II is due to begin, and there are a whopping 17 comics carrying the event's banner releasing in that month alone, including the tie-ins:

At a few bucks a pop, that's a lot of money for anyone itching to get the "complete" thing. But like many comic book events, it's almost a certainty that you only really have to read the main series to get the overall story of Civil War II. Of course, it seems like that's not going to stop Marvel from bombarding comic book shelves with oodles and oodles of tie-ins, spin-offs, prequels, side stories and everything it possibly can do in order for you to go "Hey, Civil War II is a thing." Maybe you'll even buy more comics than you usually would because of it! Huzzah, that would be lovely.

Either way, if one of your current Marvel pickups is on that list (and even if it isn't, it could be in future months as the event continues), you can expect to be bombarded with a dose of all things Civil War come June. Let the madness begin! Don't mind me, I'll just be sitting here with my copies of Han Solo #1 and The Vision #8, waiting for it all to blow over.