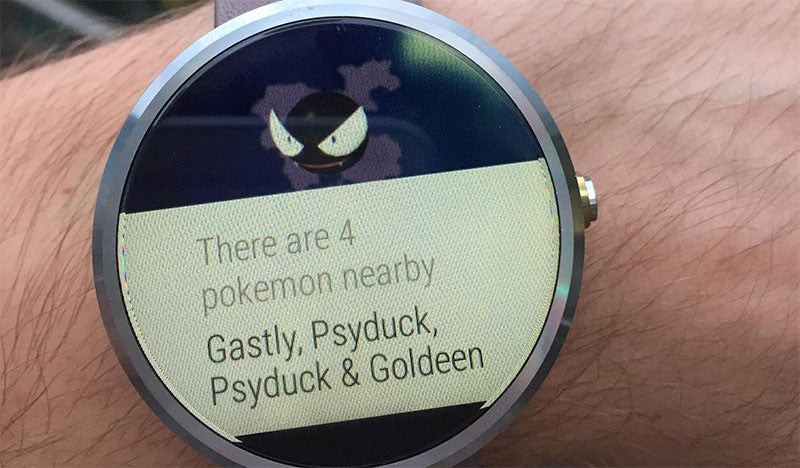 I own a smartwatch. It's...somewhere around here, gathering dust, because it's useless when I've already got my phone in my pocket. That said, if anything in July 2016 is going to convince me to try using it again, it's Pokemon GO.

There's an app on the Play Store called PokeDetector, which pairs an Android Wear smartwatch with ` game to give you a heads-up when you're near a Pokemon.

Basically, it's a casual alert system which means you can keep the game running in your pocket and be notified on your wrist, instead of walking around the streets with your face buried in your phone screen.

Note that the app uses unofficial Pokemon GO code, so there's a chance your account could get banned if it's ever picked up. To get around this, the developer recommends you sign into PokeDetector using a dummy/secondary account while playing the game itself on your primary one; you'll get the same Pokemon spawning around you anyway, so it doesn't really matter.

It's also got a map mode if you want to see what's outside your immediate zone. 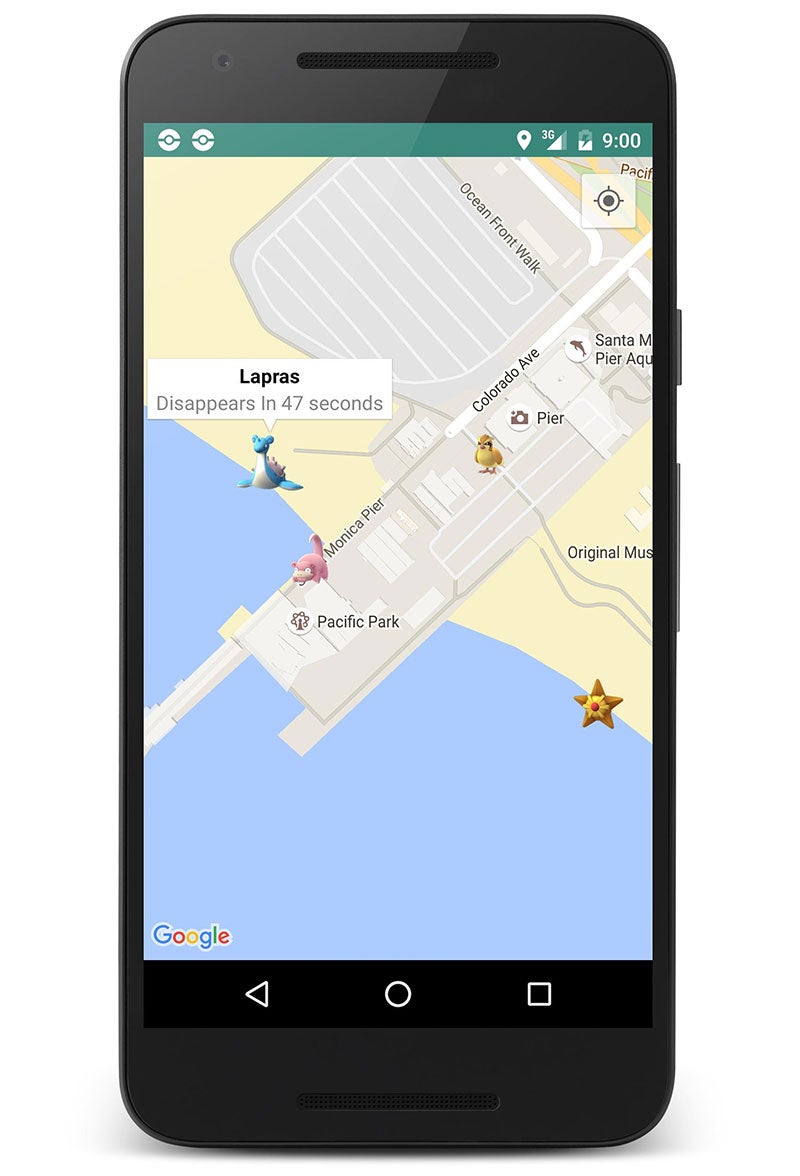