Hillary Clinton Is Heading To The Valiant Comic Universe 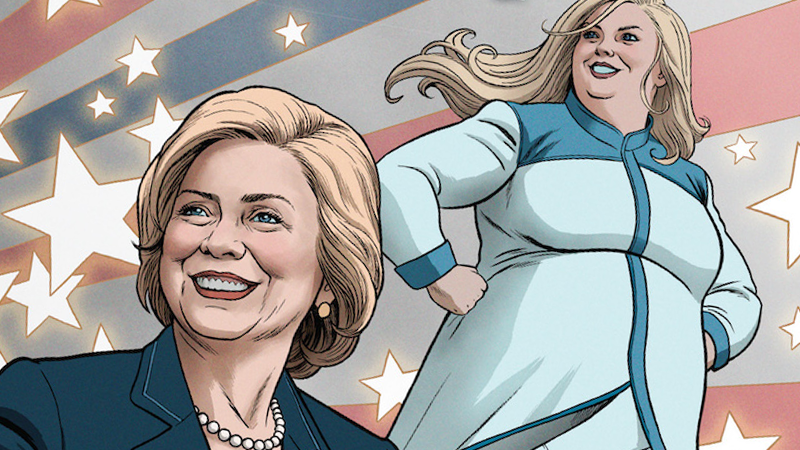 The 2016 US Presidential election has certainly been one of the weirdest campaigns in a very long time. So why not make it just that little bit weirder? That’s Valiant’s plan, with the announcement that presumptive democratic nominee Hillary Clinton is teaming up with high-flying superhero Zephyr for a special issue.

Zephyr, best known by her alter ego of Faith Herbert, recently got her first ongoing comic series from Valiant off of the back of a successful miniseries earlier this year — and its fifth issue is now going to be an Election special, bringing Faith together with Clinton both in her public life as a news blogger, and her career as a psychically-powered superhero.

The issue, penned by Lousie Simonson with art by Pere Perez, will see Faith come face to face with Clinton as part of the news cycle surrounding Election day, only to find Clinton in danger as sinister forces (presumably other than Donald Trump) threaten to endanger the potential President — necessitating the arrival of Zephyr to come and save the day. It’s all very weird, but far from the first time that either a Presidential nominee or an actual President of the US has starred in a comic book. After all, who can forget Spider-Man saving Barack Obama on his inauguration day? It’s just a bit more goofiness on top of what has already been a pretty bizarre election year.

Faith #5 is due to release November 2, just days before Americans go to the polls.