Oh Hell Yes: Big Trouble In Little China and Escape From New York Are Crossing Over In A New Comic 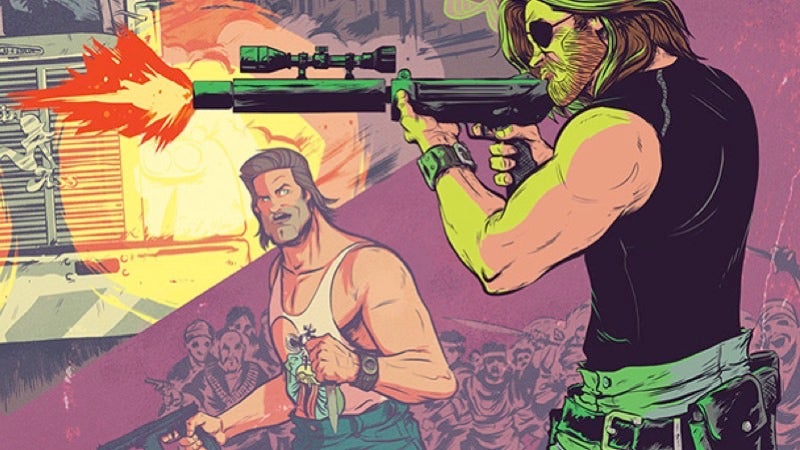 The world may be full of bad news, but here’s a glimmer of joy, especially if you’re a fan of Kurt Russell and John Carpenter’s cinematic collaborations. Cult antiheroes Jack Burton and Snake Plissken will meet on the pages of a comic from Boom! Studios, and with the full approval of Carpenter.

The six-part crossover comes from writer Greg Pak and artist Daniel Bayliss, and it will be out in October. The basic plot is that Big Trouble in Little China‘s tank top-wearing Jack Burton time-travels from 1986 to the year 1997, and the dystopian realm of Escape from New York‘s eyepatch-wearing Snake Plissken.

The possibilities once these two characters meet are practically endless. Will they be friends or foes? Who will get the most quotable lines? Will one ever say to the other, “Hey, you look exactly like Kurt Russell?” What will villains the Duke and Lo Pan — both featured on the cover art, as you can see below — have to do with this epic meeting? 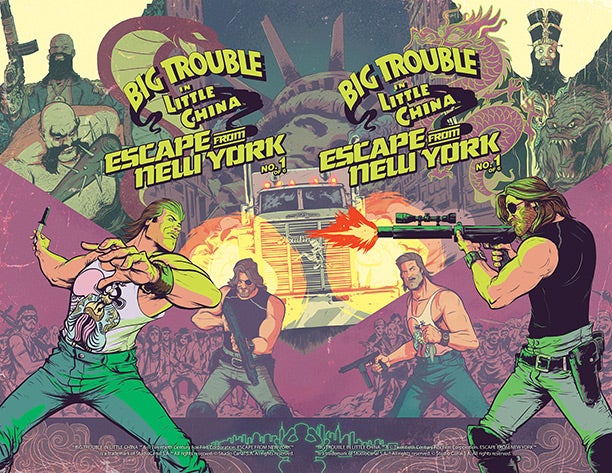