Overwatch Fans Have Turned Soldier 76 Into A Dad 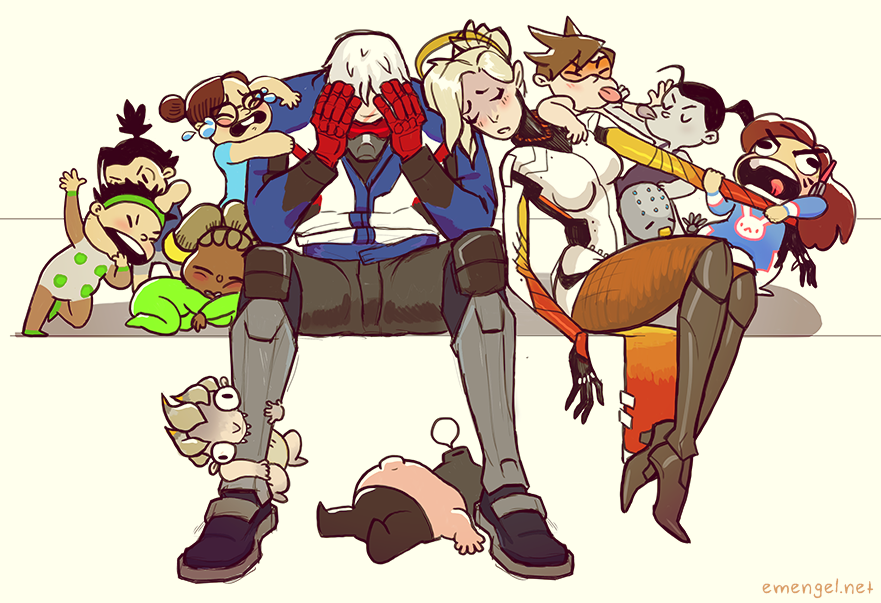 Most Overwatch characters are not related to each other, but as far as the community is concerned? The roster might as well be a big 'ol family. Soldier 76, with his grumpy gruffness and ample experience in the field, is of course the dad.

We saw shades of this interpretation of the assault character almost immediately after the game was released earlier this year, but it only truly cemented itself after the rise of Gremlin DVA. Often, DVA is depicted as an unruly child that Soldier 76 has to babysit. Since then, Dad 76's fandom has only grown — and Blizzard itself seems to have taken notice. On June 14th, the weekly brawl was Soldier 76-only. Know what else landed that week? Father's day. It was a perfect match.

A month later, and the notion of 'Overwatch as family' has only grown stronger, thanks to the addition of characters like Ana Amari — who is literally Pharah's mother. Anywhere you go on social media, you're likely to see Soldier 76 depicted as everyone's dad, hawaiian shirts and all. To be specific, Soldier 76 is often the strict dad who is being overwhelmed by rowdy babies.

But why is the reimagining of Soldier 76 as dad happening in the first place? Isn't this just typical fandom wankery? Well, no. To me, the appearance of Dad 76 isn't some indulgent fan thing. Dad 76 is a reflection of Overwatch's happy-go-lucky community. More than other multiplayer games out there, the Overwatch community is so sweet, that the recent addition of a competitive mode almost feels out of place.

Yes, playing Overwatch inevitably means shooting other people, but for most fans, the actual game is only a smaller part of a larger world. This is why we like seeing Overwatch characters in Pixar-like movies. It is not enough to get a kill streak or capture a point. We want to be friends with the Overwatch gang. We love them so much, that we see them less as adversaries to one another, and more like an actual family. A really weird family, but a family nonetheless.

It's honestly touching. I started Overwatch hating Soldier 76: yes, he was useful in battle, but he was also just so boring, you know? He's literally just a guy that shoot things. OK, whatever. But the Soldier 76 I see now is not the one that Blizzard put in the game, but rather the Soldier 76 that the internet has created and defined. And that Soldier 76 is a charming, albeit super doofy and clueless dad.

Here is a small taste of Dad 76, as told by the internet. 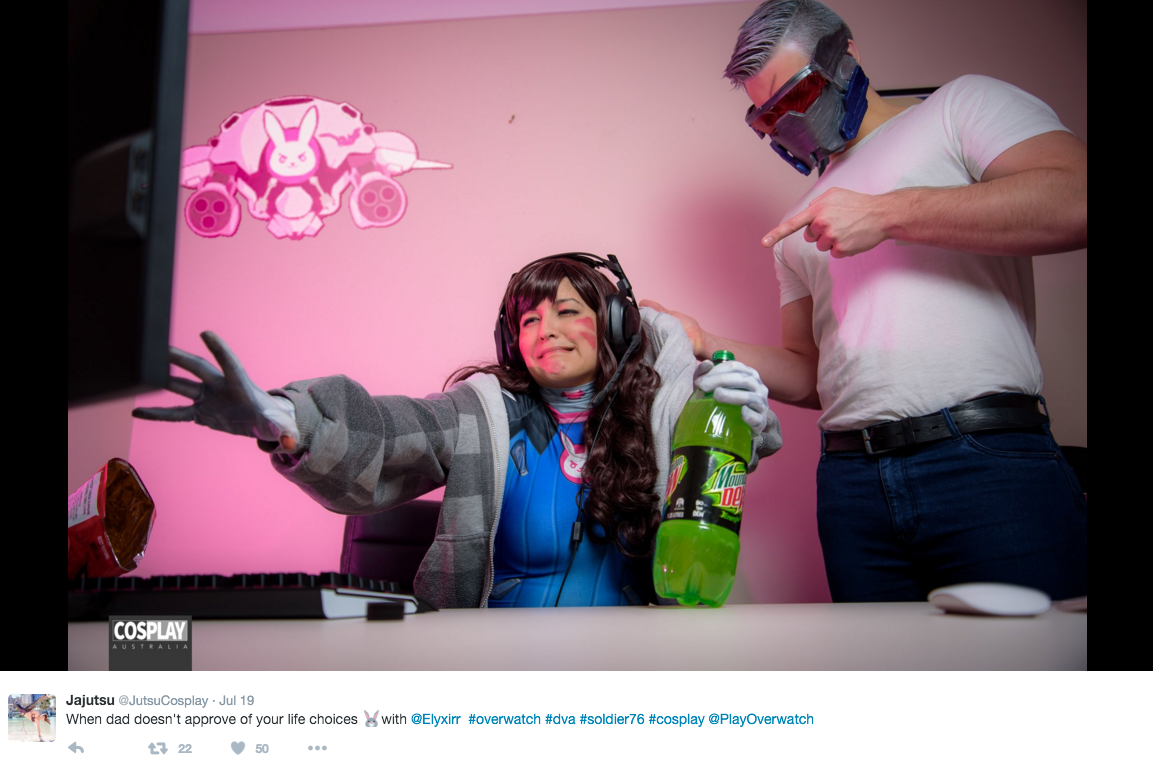