Because 2016 Wasn't Weird Enough Already, Catwoman Is Getting An Election Special Comic 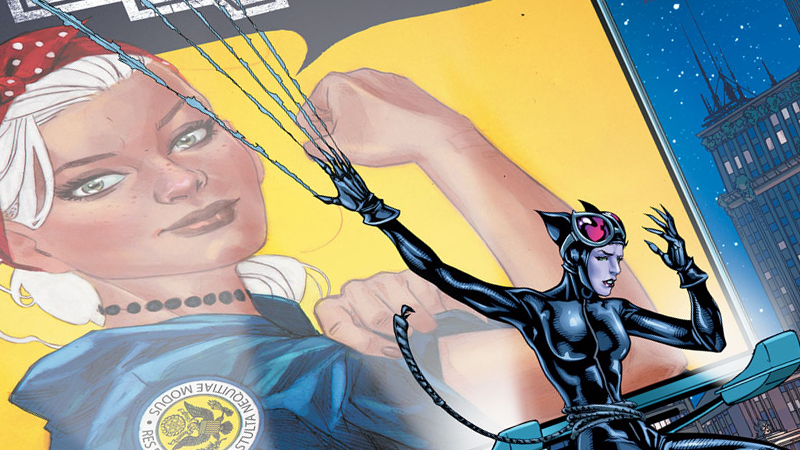 Commentary about the US general election is in vogue, especially, apparently, if said commentary is being told through morally ambiguous comic book protagonists. Cover art by Shane Davis.

Comic Book Resources has revealed Catwoman: Election Night #1 from Meredith Finch and Mark Russell, with art from Shane Davis and Ben Caldwell. It's set to release November 2, just days before Americans head to the polls. Unlike Loki in Marvel's comics, Catwoman isn't running for the most powerful position in the US, she's simply running for Mayor of Gotham city, a new candidate in a race she cared very little about before it became personal:

It's mayoral election time in Gotham City, and while the city is up in arms, Catwoman couldn't care less! But when the candidates get personal, the Feline Fatale decides to get involved — much to the detriment of...well, everyone!

So that's weird. But hey, here's the even weirder kicker:

This issue contains a special bonus story featuring the return of President Beth Ross from the critically acclaimed PREZ miniseries.

For those unaware, Prez was a reboot of 1973 comic about a kid becoming the POTUS released last year as part of DC's "DC You" line by Mark Russell and Ben Caldwell. It was initially a 12-issue series, was cancelled in the wake of the rise of DC Rebirth, announced as being revived for a six-part miniseries later this year, and then... scrapped again and given an ending as a backup story in a Catwoman election special.

What a journey. Befitting of the madness that is this year, don't you think?